Sadio Mané, 30, a goal and a Ballon d'Or dream with Liverpool

Scorer against Manchester City (2-2), this April 10, the day of his 30th birthday, the Senegalese Sadio Mané allowed Liverpool to remain in the race for the title of champion of England as for the v... 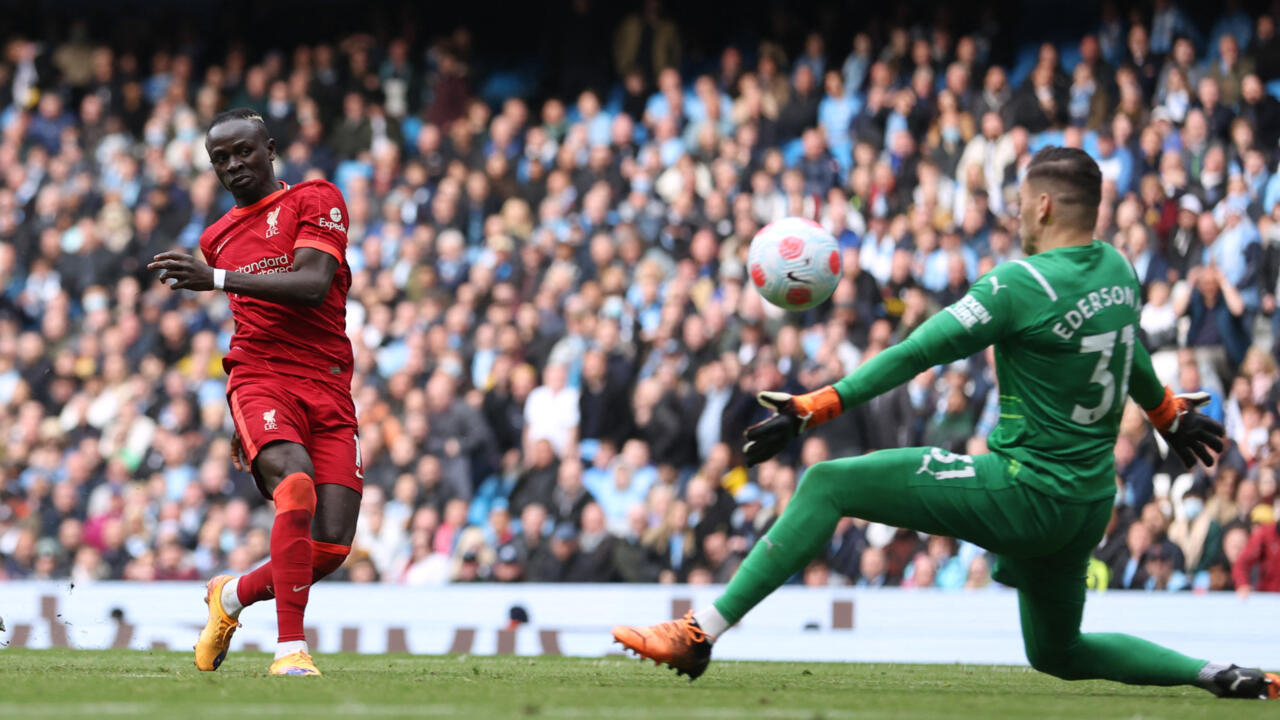 Sadio Mané, 30, a goal and a Ballon d'Or dream with Liverpool

Sadio Mané wins his duel against Ederson in the Manchester City-Liverpool match.

Scorer against Manchester City (2-2), this April 10, the day of his 30th birthday, the Senegalese Sadio Mané allowed Liverpool to remain in the race for the title of champion of England as for the final victory in the League of champions.

While the names of Frenchmen Karim Benzema and Kilian Mbappé are increasingly mentioned as favorites for the next Ballon d'Or, the Lion, with a title of African champion, can also dream of the prestigious trophy.

A goal to celebrate its 30th birthday, but above all an equalizer to keep Liverpool alive, and the suspense, in the race for the Premier League title.

Sadio Mané was one of the main players in the superb duel between the leader and defending champion, Manchester City and his runner-up Liverpool (2-2) which he leads by a single point with seven matches remaining.

The Senegalese international thus concluded a good week which began on Wednesday already with a goal against Benfica in the quarter-final first leg of the Champions League.

At a time when the debate on the Ballon d'Or is buzzing feverishly, marrying the fine performances of French strikers Karim Benzema (37 goals and 13 assists since the start of the season) and Kylian Mbappé (PSG) 20 goals, 14 assists in Ligue 1, Sadio Mané has solid arguments to join the fight.

CAN and Cup winner

While the Parisian is eliminated from the race for final victory in the Champions League, the Red, like the Madrilenian, remains ideally placed to qualify for the semi-finals of the competition and dream of winning the competition.

With the new Golden Ball regulations which no longer take into account the calendar year, but the months of competition from August to July, a victory in the Champions League could be decisive.

Especially since performances at the next World Cup will only count for the 2023 edition of the Ballon d'Or.

The former Metz player, 16 goals this season, therefore remains in the running for the Premier League title as well as the Cup and the Champions League.

He can even boast of having a little lead with his title of African champion won during the last CAN in Cameroon in February 2022. For Mané, who arrived 4th in the Ballon d'Or in 2019, to become the first African , after Liberian George Weah to win the trophy, remains a goal.

“I'm so hungry that I stay on the lookout for what's good and beautiful to devour.

And the Ballon d'Or is necessarily part of

it, ”he confided a month ago to the monthly France Football.

Pascal Ferré, editor-in-chief of France Football, explained when the reform was announced: “

The individual performances and the decisive and impressive character of the contenders will be the number one criterion. The collective aspect, the trophies won and the class of the player and his sense of fair play will now be considered secondary criteria

Sadio Mané will have solid arguments to put forward