'Viking diet', the new rival for the Mediterranean diet?

In recent days there is a lot of talk about the so-called "Nordic diet". The reason is that, according to a study published by the University of Copenhagen, this... 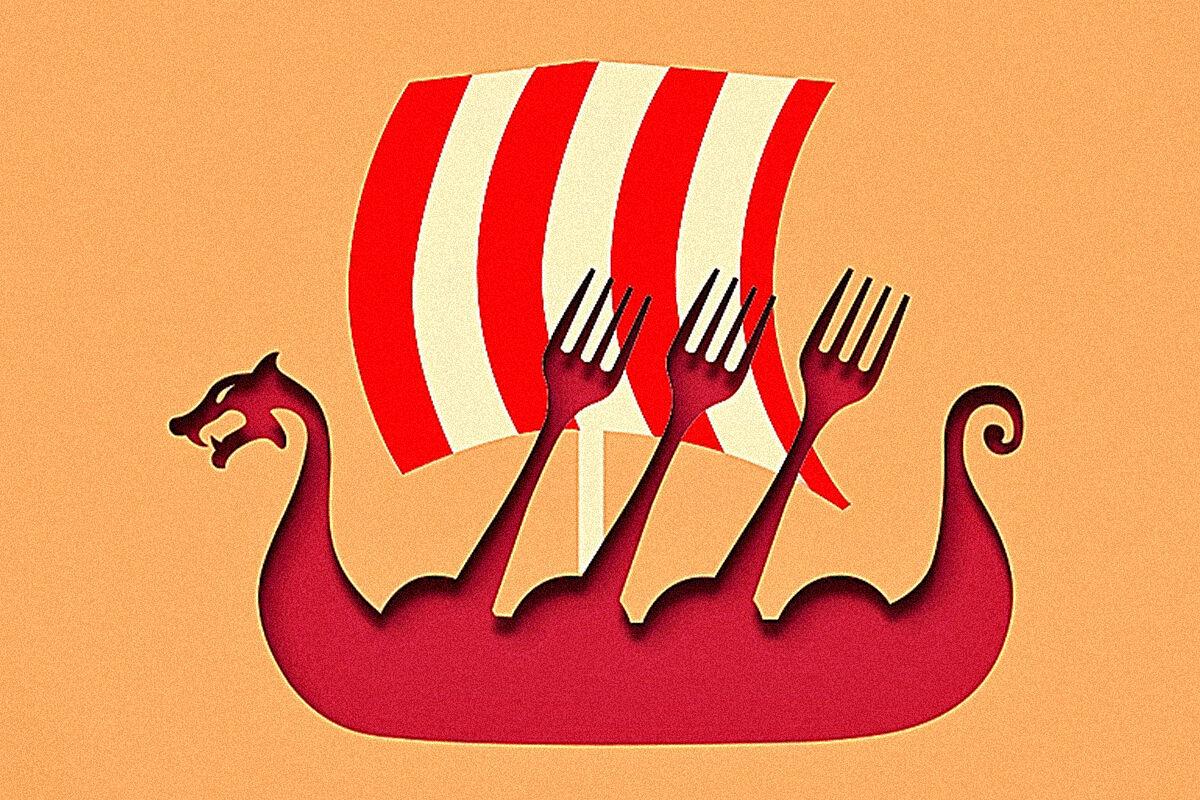 In recent days there is a lot of talk about the so-called "Nordic diet".

The reason is that,

according to a study published by the University of Copenhagen, this diet is the best strategy to reduce cholesterol and sugar levels

, in addition to preventing various cardiovascular diseases and obesity.

Seen this way, it sounds irresistible.

To begin with, the Nordic diet is not a recent invention that someone has pulled out of the sleeve in 2022.

For years it has also been known as

In 2018, the gentlemen of the WHO, who at that time were not as busy as they are now solving pandemics, did a review on diets and

, such as cancer, diabetes or cardiovascular problems, which are often linked to obesity.

So far so good.

What are the key foods in the Nordic diet?

According to the WHO report, the

Nordic diet shares many characteristics with the Mediterranean diet

However, there are relevant differences since this diet is

based on foods from its place of origin

(Denmark, Finland, Iceland, Norway and Sweden), some of which are less common in our land.

What is the main difference with the Mediterranean diet?

Among all the differences, two are especially significant.

Is the Nordic diet really healthier than the Mediterranean?

As we mentioned at the beginning, a new study has been published where it has been observed that:

in the group that had followed the Nordic diet, cholesterol, saturated and unsaturated fat levels decreased

and they experienced better glucose regulation, compared to the group of control.

Of course, one reads this and thinks: "well, I also want that for myself".

In the end, all of these headlines are based on the results of a study on a very small number of people whose conclusions are not the

You have to continue investigating.

Maybe the Nordic diet is not for everyone, but 'bad' is not... right?

In fact, if what you are looking for is not to lose weight but

to maintain a healthy lifestyle,

it can be great.

The benefits of omega-3 fatty acids (present in oily fish) to prevent cardiovascular risk are known.

The benefits of this diet are especially due to omega 3 (in addition to the fact that, as a base, the diet has a lot of fruit, vegetables, whole foods...).

one of the drawbacks that we can find is the price

Basing the diet on foods such as red fruits and oily fish, which are not exactly cheap, is not within the reach of all pockets.

How do omega 3 manage to prevent cardiovascular disease?

There are several hypotheses.

One of them is the ability of these fatty acids to prevent blood coagulation and thrombosis.

And another is, simplifying a lot, that the omega 3 settles in the walls of the blood vessels, they stay there as much as they like, and they don't let the bad ones occupy them.

Could they eat the 'Viking diet' with no problem?

Wouldn't it be a problem for them to eat so much oily fish?

Until recently, the recommendation was to avoid these species only up to three years, but it has been extended to ten.

So, answering the question of whether it can be an option for children: it depends.

If they eat oily fish species that are not high in mercury, this diet could be an option.

In my opinion: maybe for the Norwegians yes,

but for us not so much

In the first place because it is interesting that we

That a man from Cuenca starts to triple his weekly ration of oily fish when he doesn't have salmon nearby or that he sits down to dinner with a tetra-brick of milk on the table when he has never done so in his life, really Has no sense.

, that is, the focus must be on plant foods, and not so much on meat or fish.

should be one of the main sources of protein

and until we understand it (and implement it) there will always be a long way to go.

The lord of Cuenca has more at hand, and cheaper, lentils.

Where is he going to stop?