Zelensky to Al Jazeera: The war is not over yet and there is no alternative to negotiation, and we regret our abandonment of nuclear

Ukrainian President Volodymyr Zelensky said that the war is not over yet, and that many regions of Ukraine are occupied by Russia, which kills and exterminates civilians, expressing regret over his country's abandonment of nuclear weapons. 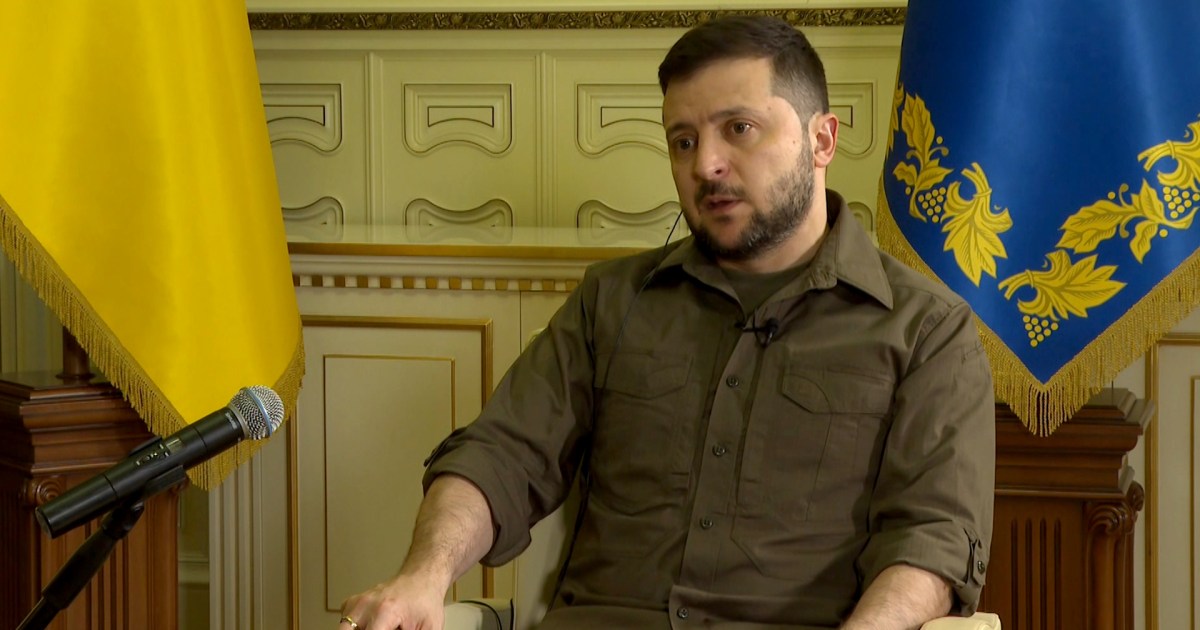 Zelensky added - in an exclusive interview with Al Jazeera, the first for him with an Arab media - that if the Ukrainian forces did not hold out on the fronts in the east of the country, the threat of Russian forces returning the attack on Kyiv might be possible.

Zelensky stressed that the Russians failed to enter the capital and control the rest of Ukraine, "thanks to the will of the Ukrainians," as he put it.

Zelensky added that the Russians besieged the city of Mariupol to eliminate its residents, kidnapped government officials in the city, and did not allow civilians to obtain food and medicine, but in the end they could not control the city thanks to the Ukrainian resistance.

While the Ukrainian president said that he personally saw many pictures of torture of men and children, he stressed that the Russians lost thousands of their soldiers in Chernihiv and Kiev, stressing at the same time that “there are false propaganda and clips that try to distort our image, and it is not permissible to put the Ukrainians and the Russians in the balance.” One".

Zelensky reiterated his adherence to negotiations with the Russian side and to follow the diplomatic path to stop the bloodshed, but he said that it is proceeding slowly, and that he does not see any result from it so far.

The Ukrainian president added that Kyiv tried to intervene with the Turkish mediator to evacuate the wounded and residents, accusing Russia of deliberately wasting time.

Zelensky expressed his readiness to meet with Russian President Vladimir Putin, stressing that "we will not make concessions, and what we will discuss in any meeting is to stop the war," considering that Putin is able to reduce the number of casualties and destruction that affected the cities of Ukraine.

Regarding the guarantees that Kyiv wants for its security, Zelensky told Al-Jazeera that there are many countries that have put forward their vision of the necessary guarantees, and stressed the need for the Russian side to be involved in this process.

He added that his country had asked China to join the group of countries that can guarantee the security of Ukraine.

"What guarantees that Russia will not repeat a military operation against Ukraine?" he asked.

He said that several countries have expressed their willingness to be a guarantor of Ukraine's security, including Britain, America, Poland, Turkey and Italy.

The Ukrainian president stressed the refusal of the Russian side to impose conditions on Ukraine in the negotiations.

He expressed his regret for his country's abandonment of its nuclear arsenal, and said that nuclear weapons achieve a degree of deterrence and guarantee the prestige of the Ukrainian people, which was waived without guarantees, but stressed that his country does not seek to obtain a nuclear weapon.