Study reveals: mushrooms talk to each other

A new scientific study said that mushrooms talk to each other and have a vocabulary of 50 words. Analyze 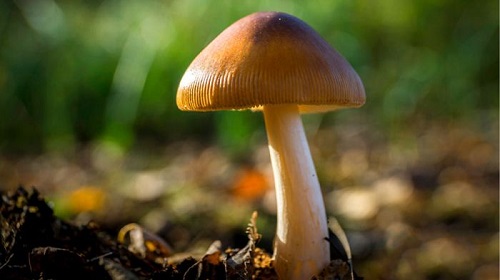 Study reveals: mushrooms talk to each other

A new scientific study said that mushrooms talk to each other and have a vocabulary of up to 50 words.

According to the British newspaper "The Sun", the study team believes that these fungi likely speak of the weather and the potential risks to which they may be exposed.

The researchers analyzed the electrical activity patterns of four types of mushrooms, and found mutations in this activity when the fungi chatted with each other.

The study suggested that the fungi emit electrical signals and impulses through long, underground filamentous structures, similar to the way neurons transmit information in humans.

Professor Andrew Adamatsky of the University of the West of England, who led the study, found that the average 'word' length of a mushroom was 5.97 letters.

This makes his language more complex than English, which has an average word length of 4.8.

"We found that the innate vocabulary size can be as high as 50 words, however, the basic vocabulary of the most frequently used words is only 15 to 20 words," Adamatsky said.

However, a number of scientists who were not involved in the study suggested that more evidence must be provided that mushrooms possess a special language, before they are ready to officially accept it as a form of language.

The new study was published in the "Royal Society Open Science" journal.