Technostress, how to keep our mental office in order

New technologies are like a hammer, they serve to build, but also to destroy", says Luis Corrons, Security Evangelist at CCleaner, a leading company... 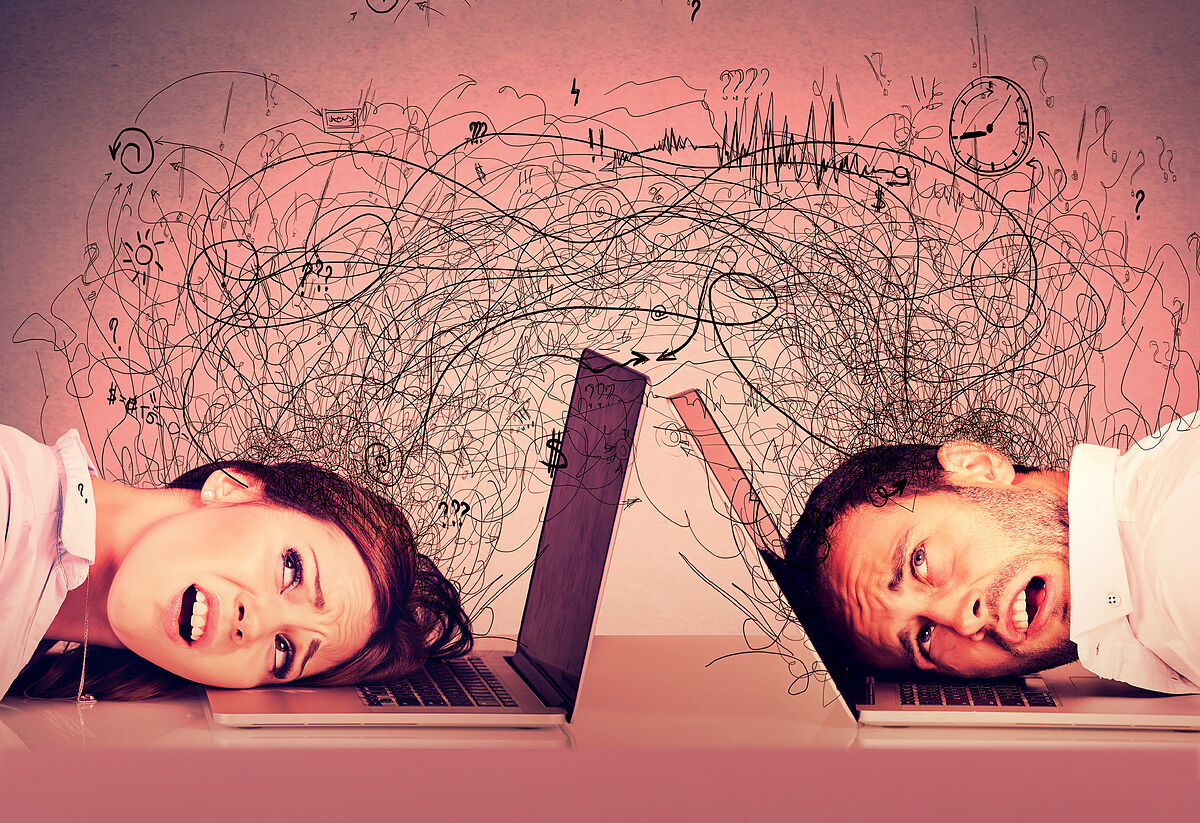 are like a hammer, they serve to build, but also to destroy," says Luis Corrons, Security Evangelist at

, a leading system optimization software company that has just presented a study on how

affects our every day and, above all, to our

Internet, mobile, mail, tablet, laptop, social networks..., very few are able to spend a couple of hours without being connected or with all kinds of screens open on their computer during a working day.

It is the result of the increasingly discussed

, which has undoubted benefits, but also its risks.

And not only of a technical nature: more than 42% of workers consider that the use of technology causes negative consequences for their health, according to a report by the Institute of Occupational Safety and Well-being, which specifies, among others,

, a phenomenon associated with three others:

when high levels of physiological arousal cause tension and discomfort;

produced by the mental exhaustion caused by the continued use of new technologies, and

which generates the compulsive desire to be connected at all times.

"Although no one doubts the

of using laptops, tablets and mobiles to connect with friends, coworkers and companies, psychologists have observed an increase in

, a phenomenon that produces anxiety and has a negative impact on our quality of life", indicates Jonathan García-Allen, psychologist and head of communication at

Without going any further, "no one goes to bed without first charging their mobile, what's more, if you have a 20% battery you have a bad day at work," he points out.

In fact, according to the study, dealing with the mobile generates even more stress than doing it with the computer.

In a global and interconnected society, it is a growing problem, although it is not new;

coined the term almost four decades ago, in 1984, defining it then as "an adaptation

caused by the lack of ability to deal with new technologies in a healthy way."

But it's not just about "lack of skills",

is related "to the invasion of daily life by mobile phones, emails, PDAs... and any negative impact on attitudes, thoughts or

caused by technology," say two other experts in the field, psychologist Michelle Weil and educator

, authors who have extensively developed the concept in their book 'Technostress: coping with Technology @ work, @ home and @play'.

In other words, beyond our

techno-stress "is conditioned by the perception of a mismatch between the demands and the available resources," explains another expert in the field, the psychologist

who has been part of a study to diagnose it carried out by the Universitat Jaume I of Castellón.

And in this sense there is no doubt, the relationship between our

-being and the proper functioning of electronic devices is closer than ever: 80% of Spaniards say they feel relaxed when

'accompanies', and no less than 70 % admits to getting stressed if these devices are slow or not working as expected, according to data from the CCleaner study.

The mental office in order

"Computer security and the

of our technological devices are factors that are closely related to our mental well-being," says Bertrand Regader, psychologist and CEO of Psicología y Mente, "levels of

-stress increase when they don't work properly and this has a detrimental effect on our general state of mind."

, especially since we are connected 24 hours a day.

Regardless of the physical space in which we find ourselves, "the computer is now our

", explains Bertrand Regader, "if I have everything scattered and I don't know where to look for what I need to work, it will affect me negatively".

And this is where the expert connects with Marie Kondo.

"In the long run, the places where we have stored what we don't want will be too full and

will appear ," says the Japanese in her book 'The Magic of Order'.

And with it will come a lack of control and

How to get rid of technostress

In addition to order, technostress is closely linked to

"When we are immersed in a task and we do not achieve the objectives that we have set for ourselves, we begin to worry, which generates

, and this affects us at all levels, even in our relationships with colleagues," explains

When should the alarms go off?, we ask him.

"At the time symptoms appear, both physically and

, if that frustration causes difficulty falling asleep or the heart rate accelerates," he replies.

To avoid it, the expert gives some

The easiest way to get everything under control is to "keep the 'office' spotless," says

The keys to achieving this are revealed by

, an expert in optimizing technological equipment.