A decent farewell to pets: How can the "healthy growth" of pet funerals be "seen"?

China News Service, Changsha, April 3 (Tang Xiaoqing and Guan Ziwen) On April 3, the first day of the Qingming holiday, 36-year-old Zhu Lin came to a pet funeral center in Yuhua District, Changsha to "visit" her beloved pet who died of illness-- Golden Retriever Babe. "I have been with me for 5 years, and I treated it as a family member, and brought Beibei's favorite snacks and toys." Zhu Lin sa 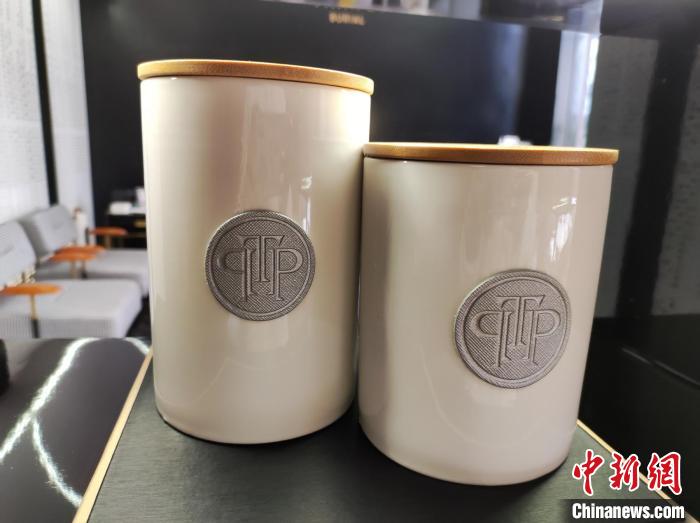 "I have been with me for 5 years, and I treated it as a family member, and brought Beibei's favorite snacks and toys." Zhu Lin said.

"Sucking cats" and "pulling dogs" are becoming a new way of life for more and more families.

According to the "2022-2026 China Pet Hospital Industry In-depth Research and Market Investment Risk Consulting Report" released by Xinsijie Industry Research Center, the penetration rate of domestic pets in China will reach 20% in 2020, and the number of pets will exceed 100 million.

Pet families regard pets as soul mates and family members, investing a lot of money and time, giving birth to new industries and new professions such as pet schools, pet hotels, pet detectives, and pet morticians.

Pet "behind the scenes" - pet funerals are also quietly emerging.

Sending away "family members" decently becomes the maintenance and fulfillment of the pet owner's emotional connection and emotional memory of the deceased pet.

"There are cats, dogs, hamsters, lizards, hedgehogs, etc. We will carefully organize the pets' remains, let the owner and the pet spend a moment alone, and finally cremate the pet." Shi Hui said.

"A French fighting dog raised by a couple in Henan passed away. They drove for 10 hours for a hospitable death. At the farewell ceremony, the hostess cried and repeated the home address to the dog, telling it to remember the way home." Hui told reporters that guests will request to make pet hair ornaments, photo frames, ornaments, ashes spar, plaster statues and other souvenirs.

On dog birthdays and Qingming Festival, they also bring snacks and toys to "visit" their pets.

"A year, 400 to 500 pets are bid farewell. There is a huge demand for pet funerals, but the market has not fully opened." Liao Wentao said that more and more pet owners want to have a loving farewell to their deceased pets and express their emotions.

A cat named "Wangzai" in Ms. Cao's family died unexpectedly, and she decided to do a hospitable death for her pet.

"I'm really an incompetent mother. I didn't even notice that you got into the washing machine. Mom really misses you..." At the farewell ceremony, Ms. Cao, who blamed herself, wrote a letter to "Wangzai" letter.

She cried and said that it was a kind of consolation to give "Wangzai" a decent farewell.

The "White Paper on China's Pet Consumption Trends in 2021" shows that the role of pets in pet-raising families has changed from animals to emotional companionship roles such as family members and children.

"I hope there will be an occasion to send the pet's last journey well, which is the common wish of many pet owners. There is an aunt who kept her ashes here with us after the cremation of her dog 'Guobiao' who had raised her for 15 years. This aunt remembers About everything about 'Guangjiao', I often come over to talk to 'Guobiao'." said Li Si, the owner of Tiancong Pet Hospice in Changsha.

Although the "money" of pet funerals is unlimited, the reporter found that there are no relevant normative laws and regulations, no industry standards, and opaque operations.

This emerging industry is "hanging in the air".

A pet's "house" is full of treats and toys.

"Pet funerals include cremation, burial, tree burial, wall burial, etc., which are an emotional sustenance for pets by owners, but there are 'gray areas' such as harmless disposal of animal corpses, non-compliant cremation, and unapproved cemeteries." "Pet detective" Liu Wei said that there is an objective and rigid demand for pet funerals, and it is hoped that relevant departments will strengthen supervision of the pet funeral market.

"There are no special laws and corresponding regulations, the competent authorities are not clear, and the approval of pet cemeteries is not clear." Li Nan, a partner of Hunan Tiandiren Law Firm, said that many pet cemeteries are commercial land purchased by merchants, and when the land is transferred to the next In the hands of owners, pet funeral services lose continuity.

Relevant practitioners also revealed that the pricing of pet funeral services is confusing, and sometimes the cost can be as high as thousands of yuan.

Some pet funeral service providers do not really respect pets, some discard the remains, some use garbage incinerators to incinerate, and refuse pet owners to watch the funeral process on the grounds that the pet funeral site is far away from the city.

"Pet funeral is an industry worthy of deep cultivation, and it should be 'seen' by more people." Li Lin said that if pet funerals want to grow healthily, it is imperative to clarify supervision and formulate industry standards.

"At least the competent authorities should be clarified, and the final destination of pet corpses should be tracked and managed and legally bound, in order to give the pet funeral industry a legal market."

The stores cover the hospice of pets in Shenzhen, Guangzhou, Zhongshan, Zhaoqing, Dongguan, Hangzhou, Nanjing and other cities, and a successful path has been explored in pet funerals.

Its pet morticians need to be trained, and each city's store has its own independent cremation ground.

"The pet funeral industry is very mature abroad. People choose pet cremation, which is respect for life and a manifestation of social progress. Pet funeral should enter the public's field of vision." Li Si called on relevant departments to manage this industry and make the industry standardized and routine. , do not shy away from growing up.

"Pet funerals must first be qualified for harmless treatment." Tu Di, secretary-general of the Hunan Pet Clinic Industry Association, said that many owners choose hospice because of their affection for pets. The introduction of policies and regulations cannot only be considered from the perspective of dealing with pet corpses. It is also necessary to take care of the pet owner's emotions.

"The government's service focus is mainly on the harmless treatment of pets and the prevention of disease transmission. It is impossible to burn each pet individually, and it will not be fed back to pet owners one by one." Li Lin suggested that cities with conditions set up pet graves. Park, where pet carcasses and ashes are concentrated.