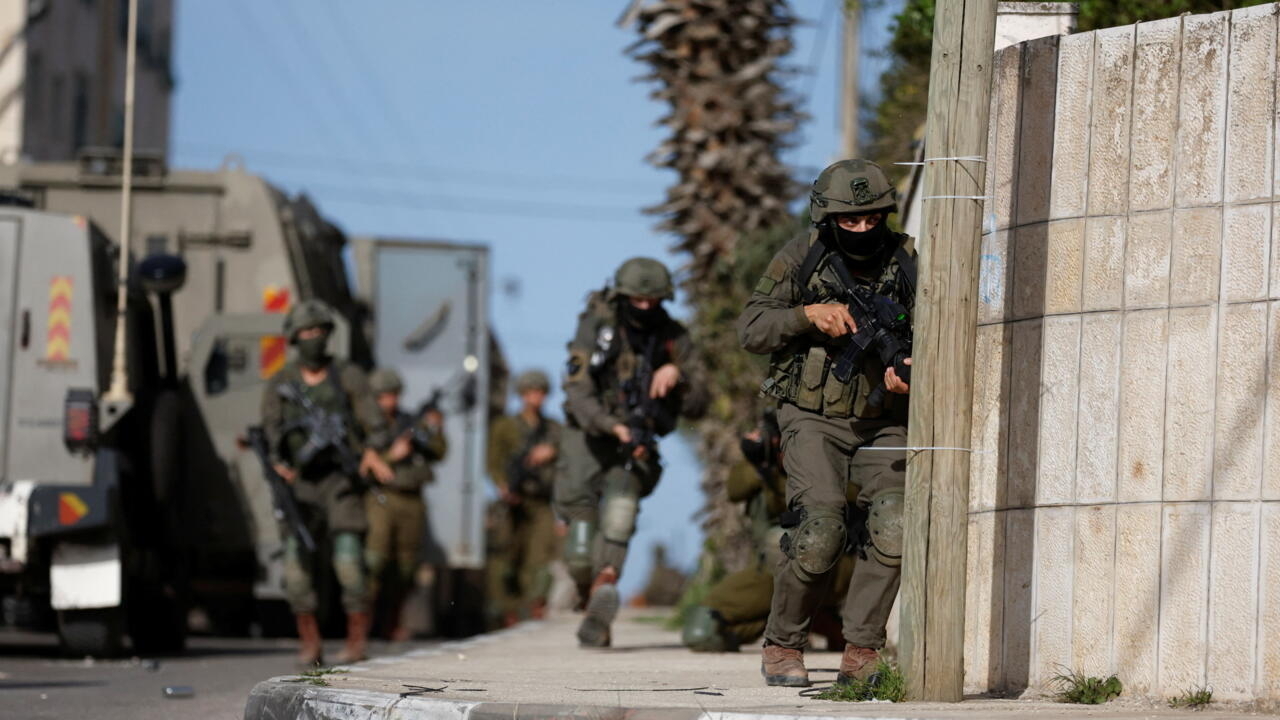 Israeli forces killed three members of the Palestinian Islamic Jihad movement on Saturday (April 2) during an operation in the West Bank in a context of escalation in recent days in Israel and the Occupied Palestinian Territories.

The army operation, in which four soldiers were injured, took place on the first day of Ramadan, the Muslim holy fasting month, in the Palestinian Territories.

Members of a special Israeli anti-terrorist unit operating in the area "received information about a terrorist cell heading for an attack and tried to stop the car" in which the three Palestinians were traveling between Jenin and Tulkarem, said Israeli police in a statement.

The activists then opened fire and the soldiers returned fire.

The three Palestinians were killed and four soldiers were injured, according to the same source.

The armed Islamic Jihad movement, based in the Palestinian enclave of Gaza under Israeli blockade, confirmed the death of its three fighters.

"We mourn the death of our three heroes," said the armed wing of Islamic Jihad, adding that two of them came from Jenin and one from Tulkarem, in the West Bank, Palestinian territory occupied by the Israeli army since 1967.

"The policy of assassination carried out by the enemy in the occupied West Bank and Jerusalem will not provide him with the so-called security (...)", indicated for his part the Palestinian Islamist movement Hamas, in power in Gaza.

In recent days, deadly violence has erupted in the West Bank and Israel.

On Friday, a Palestinian was killed by Israeli forces in Hebron in the southern West Bank during a demonstration against Israeli colonization in the Occupied Palestinian Territories.

The army spoke of a "riot" during which "a suspect fired a Molotov cocktail at soldiers, putting their lives in danger".

On the same day, the Palestine Red Crescent said it had treated 70 Palestinians injured in clashes with the Israeli army in the Nablus area in the northern West Bank.

On Thursday, two Palestinians were killed during an Israeli army operation in Jenin (north).

It was aimed, according to the army, to arrest "suspects" linked to an anti-Israeli attack carried out near Tel Aviv on Tuesday by a Palestinian and which left five people dead.

The assailant was shot.

Another Palestinian was killed on Thursday after stabbing a passenger on a bus in the West Bank.

Since March 22, 11 people have been killed in anti-Israeli attacks, some of which were carried out by assailants linked to the Islamic State (IS) jihadist group.

The Israeli army has since deployed reinforcements in the West Bank and multiplied the arrests, in particular of members of the family of the Palestinian assailant in Tel Aviv.

"We will continue to act by all possible means to stop the attacks. This is our mission," Israeli Chief of Staff Aviv Kohavi said on Friday during a trip to the West Bank.

Also from the West Bank where he met with military officials on Friday, Defense Minister Benny Gantz said Israeli forces would continue to "carry out arrests and defense and attack operations, and we will get our hands on those who seek to harm the citizens of Israel".

About 475,000 Israelis live in the West Bank in settlements deemed illegal under international law.

More than 2.8 million Palestinians also live in this territory.