The consequences of the Covid outbreaks in China: the thousand officials purged in the great blacklist of the pandemic

Six months after the first coronavirus outbreak broke out in Wuhan, a report from US intelligence agencies began to circulate on how... 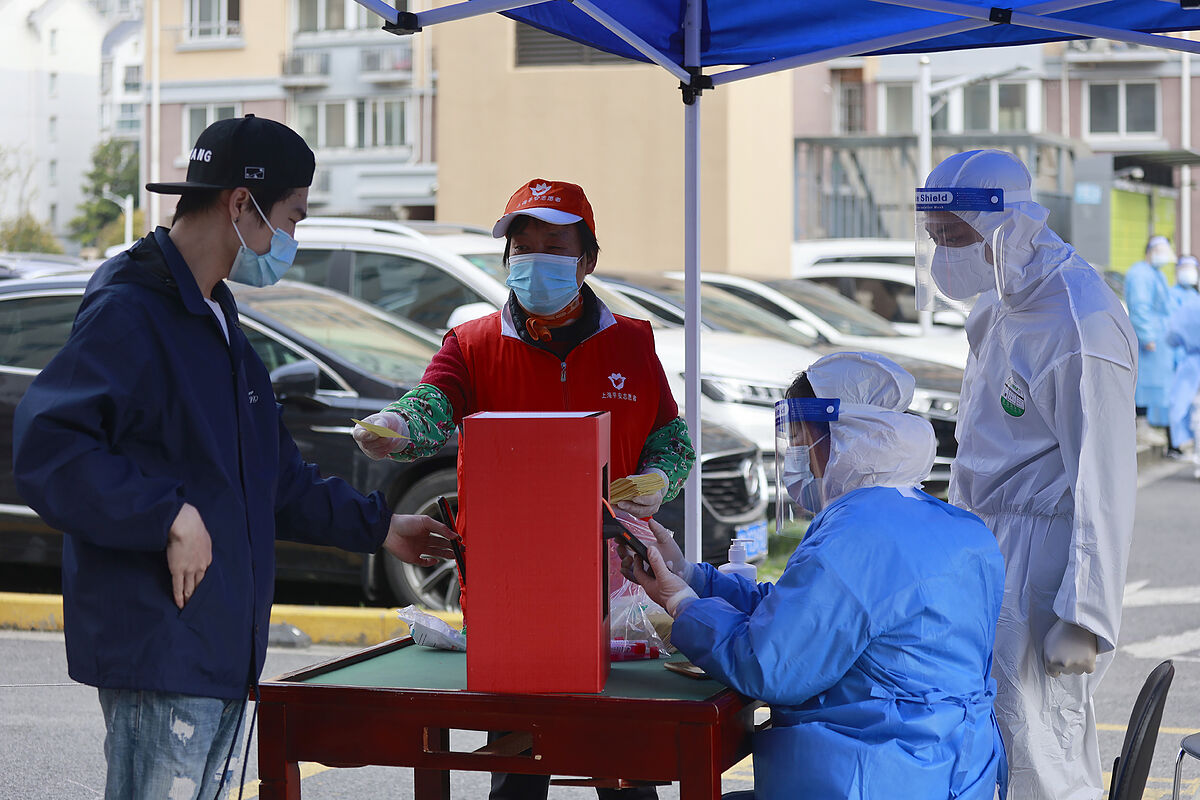 Six months after the first coronavirus outbreak broke out in Wuhan, a report by US intelligence agencies began to circulate on how officials in the central Chinese city, fearing reprisals,

hid crucial information about the spread. of the virus in its infancy

to his superiors in Beijing.

Before that report saw the light of day, an investigation by

, hospitals have submitted their data to local health authorities.

However, due to a political aversion to sharing bad news, those authorities

withheld information about the cases

from the national information system, delaying the response from Beijing, which did not close Wuhan until January 23, 2020.

"Local authorities did not like to tell the truth at the time," admitted Dr. Zhong Nanshan, team leader of the National Health Commission and the visible face of China's fight against the coronavirus.

A month after the first lockdown of the pandemic, Chinese President Xi Jinping ordered a

cleanup of senior officials from Hubei

, the province where Wuhan is located, for handling the crisis.

The first to fall was Jiang Chaoliang, general secretary of the Chinese Communist Party (CCP) in the province.

Then Ma Guoqiang, the CCP general secretary in Wuhan, was fired.

The list of those purged during that February 2020 was increased by three other senior officials from the Hubei Health Commission.

"It is the only way for all workers fighting the coronavirus to understand that in China there is zero tolerance for mistakes that cost lives.

If those responsible for monitoring the spread of contagion fail, they have to be punished

and that other more capable people take their positions," a senior official from the National Health Commission explained to this newspaper.

Two years have passed since the start of the pandemic and China continues to fight against new outbreaks, confining cities, building field hospitals and testing entire populations.

According to the Chinese newspaper Caixin, from Beijing they have fired or punished more than 1,000 local officials for failures in their containment responses.

The problem with the

is that many provincial officials have ended up being more

afraid of losing their jobs than of the virus

Therein lies the basis for which much more extreme measures have been adopted in many cities, closing cities with millions of inhabitants for a single positive, than those encouraged by the Xi Jinping Executive.

China, which continues without giving up its Covid zero strategy, has been fighting its largest outbreak since the first days of the pandemic for a month and a half.

estimates that at least

74 public employees have ended up on the blacklist in March

due to the latest spike in cases.

"Some local authorities think that omicron only causes mild symptoms and compare it to the flu, and they are lazy. In all respects, they have not made enough preparations and

relaxed the requirements on pandemic control

In the southern province of

the deputy police chiefs and security chief of Shenzhen and Dongguan

, both cities that went into lockdown in early March

In Futian, a district of Shenzhen, eight officials were dismissed for "dereliction of duty in the city's fight against the virus."

In Changchun, north China, Gao Yutang, director of the health commission, was also fired for, according to the official notice, "

not sufficiently preparing, mobilizing resources and supervising the city's health authorities to fight the outbreak of omicron

In Jilin city, one of the epicenters of the latest outbreak, the mayor and 12 officials went through the purge.

And in the southern province of Hunan, this week the punishment fell against 19 managers of different health departments because, as the state chain

none of them "strongly consolidated zero tolerance policies against the pandemic."

As happened in Wuhan when the Covid did not yet have a name,

in China nobody wants to report bad news to Beijing

President Xi Jinping intends to show his determination by holding local officials accountable every time the coronavirus sneaks through the gates of their provinces.

HealthThis is the Chinese manual to save its 'Covid zero' strategy