The health lessons we can learn from confinement

If you look back, surely you remember in detail what your life was like just two years ago, when the first wave of Covid-19 stopped everything. What impact did that... 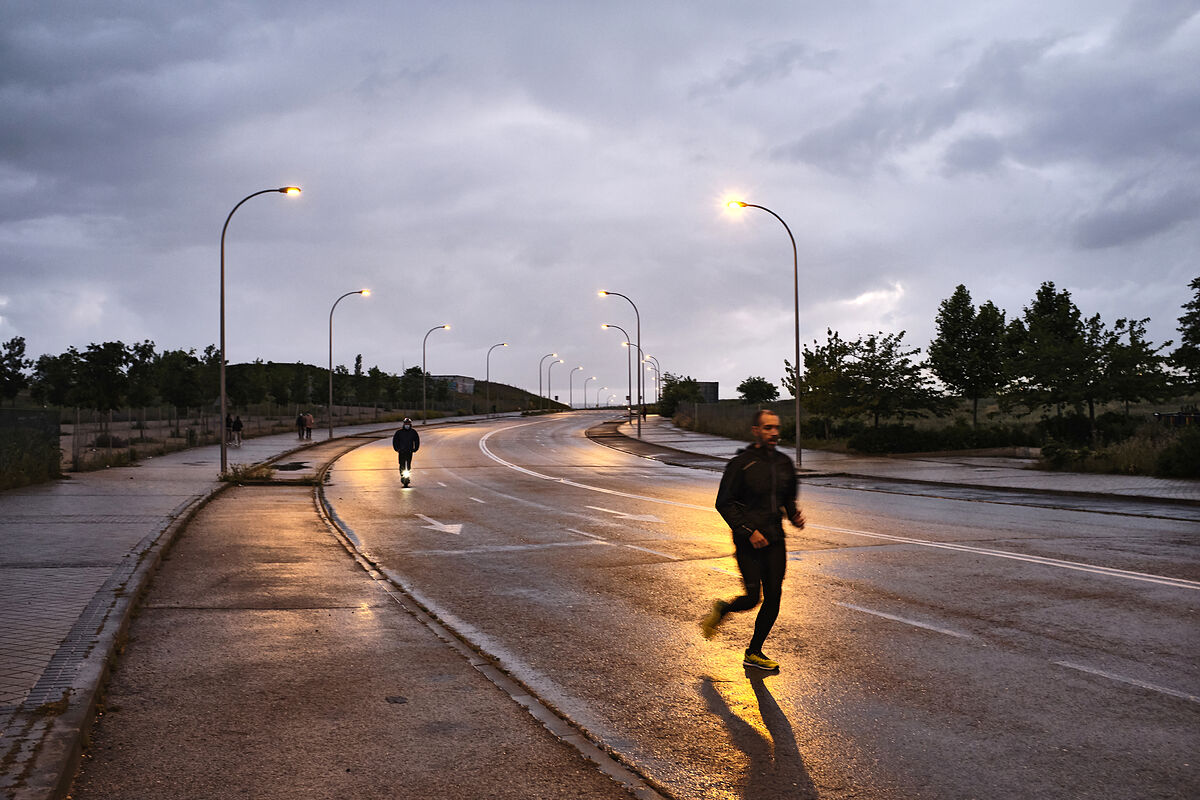 If you look back, surely you remember in detail what your life was like just two years ago, when the

What impact did that emergency measure have?

Beyond stopping the chain of infections, how did it influence our health?

A study has tried to shed light on its effects, analyzing three European cities where the confinements were very different:

, ​​where the 'confinement' of the population was very strict;

, where a less rigorous confinement was implemented and

, where the responsibility of citizens was appealed above all.

The research has been led by scientists from ISGlobal in Barcelona, ​​a center promoted by the La Caixa Foundation.

Among other variables, the researchers evaluated the levels of air pollution, noise and physical activity in these three cities both before, during and after the first wave.

In addition, they also took into account data from health systems to be able to estimate how many diagnoses of

could have been added or removed from the total calculation if the changes in the city and physical exercise had been maintained for a year. .

The first thing the researchers found was that the decreases experienced in air and noise pollution and physical activity correlated with the severity of the confinements.

"That is, we found the largest decreases in environmental exposures and health behaviors in

Barcelona experienced an average 50% drop in nitrogen dioxide (NO2) concentrations.

Noise levels dropped by 5 decibels and physical activity was reduced by 95%.

For its part, in Stockholm, nitrogen dioxide levels were reduced by 9%, noise dropped two decibels and physical activity was 42% lower.

The study data, underlines Koch, show that among all the factors studied,

physical activity was the one that had the greatest impact on health.

"If physical activity levels in Barcelona were reduced by 95% for a whole year, we predict there would be a

10% increase in heart attacks and strokes

These detrimental effects, he continues, "

would not be sufficiently compensated"

with the positive effects that would derive from a significant reduction in environmental and noise pollution.

The lower air pollution, if it had lasted for 12 months, would have resulted in the prevention of 5% of myocardial infarctions, 6% of strokes and 11% of diagnoses of depression in Barcelona.

As for noise, the improvements in Barcelona would have meant the prevention of 4% of annual heart attacks, 7% of strokes and 4% of depressions.

In all three cities, the same pattern is repeated

: the health benefits that would be derived from the improvement in air quality and noise would not be able to compensate for the profoundly negative effects of the drop in physical activity levels," Koch stresses.

Thus, in Vienna the reduction in physical activity would have caused, if prolonged for a year, a 5% increase in the annual incidence of heart attacks and strokes and a 4% increase in cases of depression.

In contrast, the reduction in pollution would have meant a 1% reduction in heart attacks and strokes, respectively, and a 2% reduction in depression diagnoses in the Austrian city.

In Stockholm, the city in which the levels of physical activity were reduced to the least extent, heart attacks and strokes would have increased by 3% with the prolongation of the measures for one year, while the cases of depression and anxiety would have increased , respectively 2% and 3%.

"The health conditions we assess, such as heart attacks, strokes, depression and anxiety, are chronic conditions that emerge slowly over time. In our study we did not calculate the

short-term health impacts" that result from, for example, of the decrease in physical activity, points out the researcher, whose work has been published in the journal

Other studies that have, he continues, have shown effects, such as weight gain or mental health problems.

These problems "could have been caused in part by

and could have had impacts on the development of more long-term chronic problems," he adds..

lessons for the future

"A key element is offering adults the opportunity to be physically active even during a lockdown," she stresses.

In his opinion, the study also focuses on "the need to

with a focus on connectivity and mixed land use to keep gasoline-powered cars out of the city and to reduce air pollution levels. "

In addition, he concludes, it is also important to increase active transport, offering more possibilities to move around by bike or on foot, which automatically translates into increased levels of physical activity.

"The generation of public and green spaces is also important to gain spaces where people can socialize and perform physical activity, two very important factors for cardiovascular and mental health."

The researchers will continue with the investigation, which among other data sources has also taken into account

The objective, Koch points out, is to know in the longer term how the pandemic and the different levels of restrictions that have been implemented in these two years have influenced the population's habits and exposure to pollutants.

Scientists will try to understand how the patterns of physical activity, the time spent in green spaces or the different levels of pollution have changed over this time and what their effects on health have been.

HealthWhat do I do if I have symptoms of Covid?

These are the new rules