Inflation is primed with Spain

While the president complied too late with the duty of informing the Parliament, the Spaniards learned of the advance data of the CPI that predicts a crisis with few and... 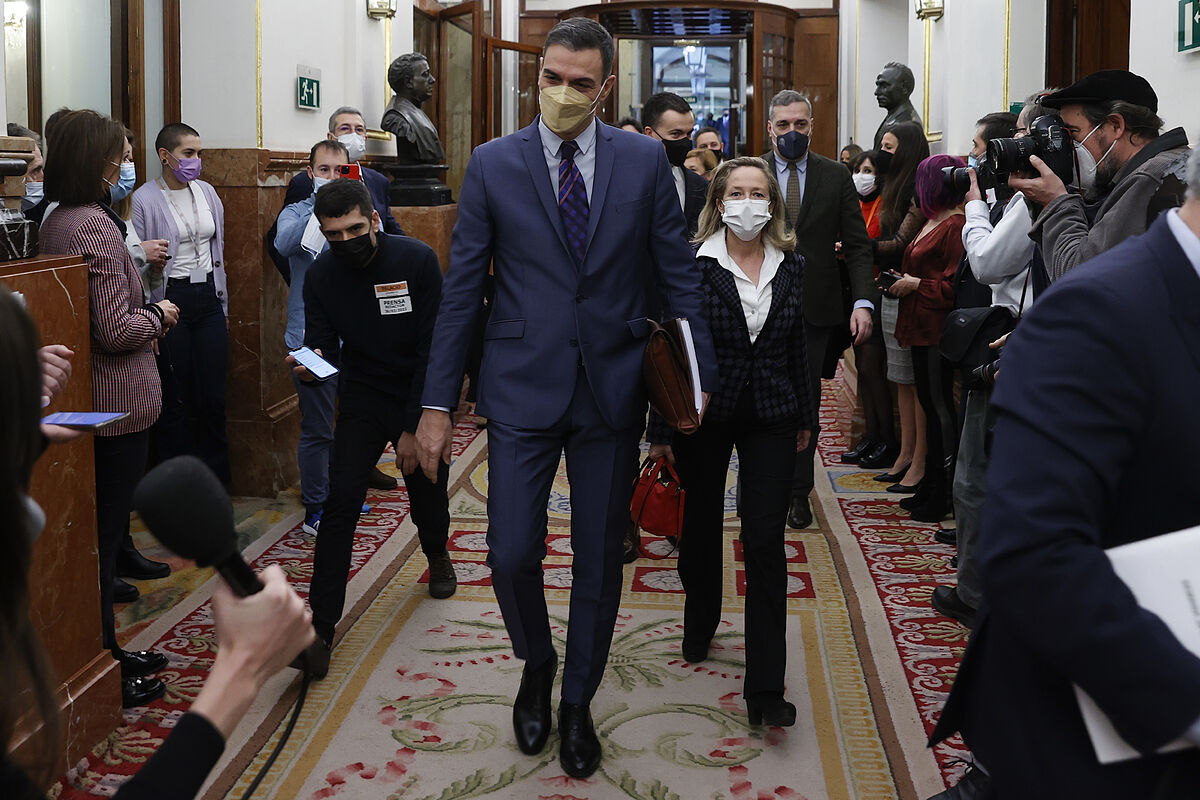 While the president complied too late with the duty of informing Parliament, the Spanish found out about the advance data from the CPI that augurs

a crisis with few and terrible precedents

Inflation hovered in the double digits in Spain in March, when prices rose 9.8% compared to the same month in 2021, a record increase since 1985. As for core inflation - which does not take into account account the price of energy products or food

fresh fruits- stood at 3.4% and is the highest since the year of the great recession: September 2008.

The rise in gas, electricity and fuel prices is hitting us brutally in the form of inflation

It is a European crisis, but unfortunately Spain suffers it more than anyone else, as happened during the pandemic.

The warning from the governor of the Bank of Spain is even better understood in view of this scenario.

The loss of purchasing power suffered by Spanish families since the beginning of the inflationary escalation last summer is estimated at 17,000 million euros.

And according to the estimation of the Savings Banks Foundation (Funcas),

This lack of control of the CPI will trigger the pension bill by 10,000 million

, whose inflation-indexed revaluation is proving to be not only the most populist of the measures taken by this government -which repealed the sustainability factor provided for by the PP- but also the most burdensome, as well as the most unfair for the salaried middle classes of net taxpayers, who suffer from rising prices and on top of that pay for demagoguery.

They have not even been alleviated with the deflation of personal income tax rates in accordance with the real evolution of prices.

Faced with such figures, Sánchez's plan crudely reveals all its insufficiency.

According to Funcas, the impact of the package of measures to tackle inflation is going to have a moderate impact of just one point, at the cost of continuing to inject public money into the system when it cannot absorb it, which will fuel tomorrow's inflation.

The most reliable study services anticipate that

The effect on mortgages is already being noted in a context in which the European Central Bank warns that the policy of extraordinary stimuli and purchase of massive debt is coming to an end, and it is a matter of a short time before interest rates rise .

And with less money on the street, the abrupt adjustment of the economy will lead to stagnation and job losses.

Other countries suffer the consequences of inflation, but

no democracy in our environment presents data like the Spanish one.

The Government, driven by a suicidal short-termism based on pure spending, has lost precious time to address far-reaching reforms and now we are in a worse disposition than anyone else to weather the crisis.

Sánchez has no political credit, his coalition is broken and his associates promote radical and counterproductive measures.

Having demonized the opposition for years he has also not earned the right to claim his support, while

citizens helplessly watch the devaluation of their own money

and they lack reliable references in their rulers.