Will Smith, against the ropes: the Academy opens the door to his expulsion and the withdrawal of the Oscar

Such a public lynching made a public apology almost mandatory, which ended up arriving almost 24 hours later. It was a correction at the first attempt, to his tear... 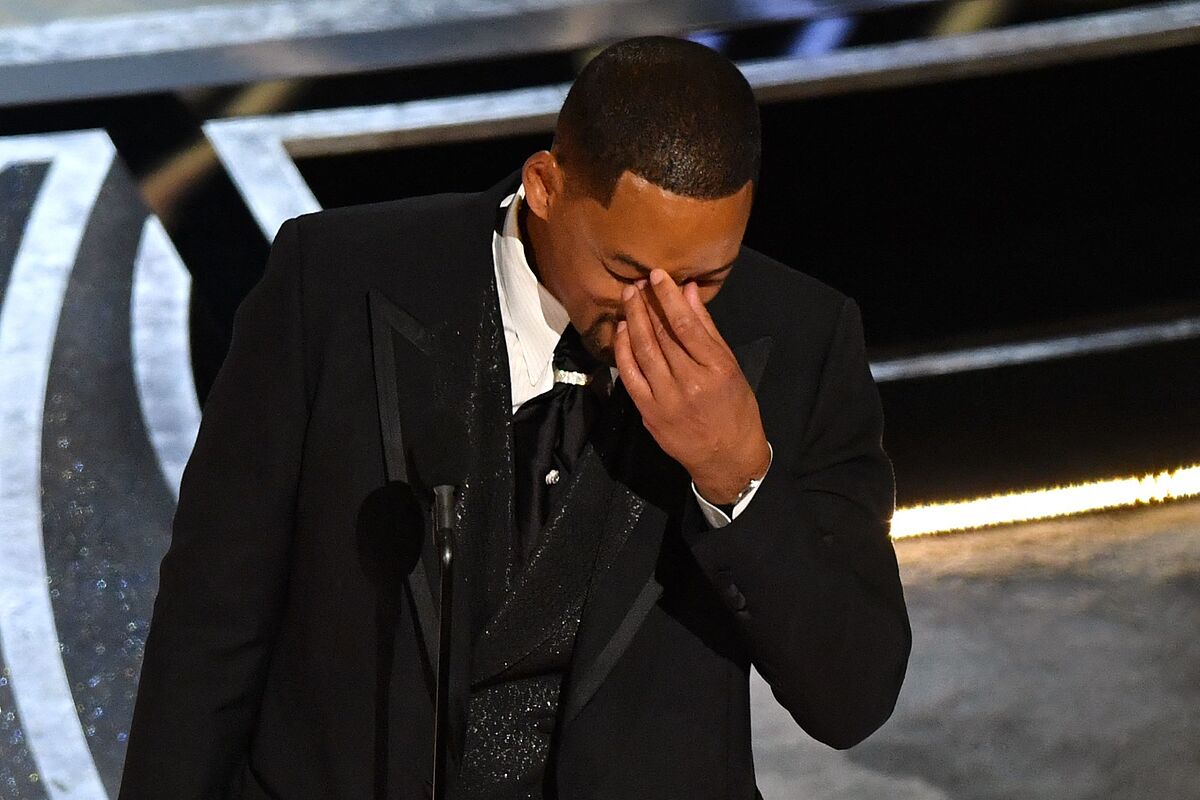 Such a public lynching made a public apology almost mandatory, which ended up arriving almost 24 hours later.

It was a correction at first attempt, to his tearful Oscar acceptance speech on Sunday night, when he half apologized, without mentioning the assaulted.

Now it has been explicit and unambiguous.

Will Smith has apologized for his slap

in the face of comedian Chris Rock after pranking his wife,

, an incident that two days later puts him

on the verge of suspension

or expulsion as a member of the Academy, in addition to being able to lose the Oscar he just won for best actor for his role in

"My behavior at the Academy Awards last night was unacceptable and inexcusable.

Jokes at my expense are part of the job, but a joke about Jada's medical condition was too much for me and I

«I would like to publicly apologize to you, Chris [Rock].

I was out of line and I was wrong.

I am ashamed and my actions were not indicative of the man I want to be.

There is no place for violence in a world of love and kindness."

In the second part of his statement, he

apologizes "to the Academy

, to the producers of the show, to all the attendees and to everyone watching around the world," including the Williams family on which the tape for which he got the award is based. Oscar, playing the patriarch of the tennis clan, Richard Williams.

"I am deeply sorry that my behavior has tarnished what has been a wonderful journey for all of us.

I am a construction site.

The altercation occurred when Rock went out to present the Oscar for best documentary and made a joke about Pinkett Smith's appearance, which he compared to

The actress has spoken openly about her alopecia, which did not prevent the comedian from pranking her and visibly irritating her.

Immediately afterwards, her husband got up, walked with a decisive step to Rock and

gave him a slap

that stunned the comedian and the audience present at the gala.

Already from his seat he yelled at Rock to get his wife out "of her fucking mouth", a very uncomfortable moment for everyone present.

Since then, the protagonist of

has not only been accused of being violent and unpresentable but also of being sexist, of having reacted to a joke that was directed directly at his wife, and not at him.

That is why the

reaction of his partner was also expected, which at the moment has been almost nil

Pinkett Smith has limited herself to posting a phrase on Instagram open to interpretation: “This is the season to heal.

The ball is now on the roof of the Hollywood Academy, which is expected to react forcefully.

The organization's investigation is now open.

"We have officially begun a formal review of the incident and will explore further actions and consequences in accordance with our statutes, standards of conduct, and California law," he said in a statement.

The statement came after a meeting of authorities on Monday, accompanied by

a code of conduct

Smith would thus join the list of persona non grata for the Academy, such as Harvey Weinstein, expelled in 2017 after his sex scandal that ended in a 23-year prison sentence.

Then would come the cases of Bill Cosby and Roman Polanski, both for their long court records involving sexual abuse and rape.

In the air, the future of the Philadelphia interpreter after the incident, even before the Academy pronounces.

quoted by Reuters is that the storm will eventually pass and Smith will continue to be a heavyweight for the studios.

"The studios want all this to go away as if it never happened," one of them noted.

) that his films have generated at the box office, including franchises such as

It doesn't matter if her star stops shining.

Oscar Awards 2022Will Smith finally apologizes to Chris Rock, but the slap could cost him the Oscar