Are we on the cusp of a new regional order?

Like other major historical events, Russia's war on Ukraine will reshape international relations and the architecture of the international system for decades to come. 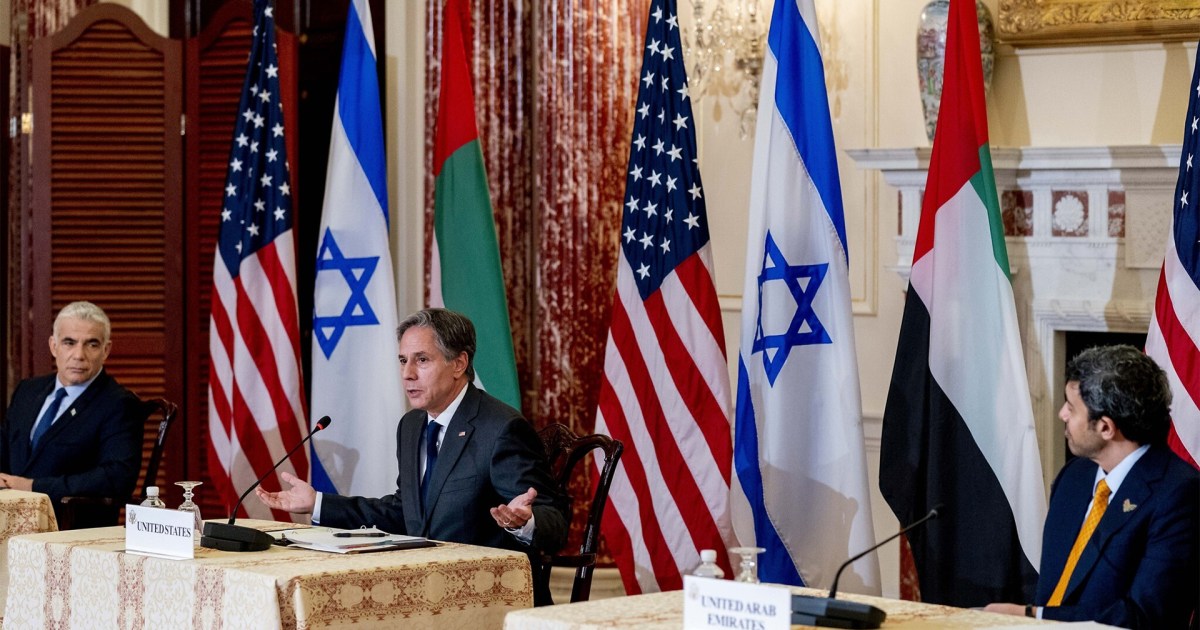 Like other major historical events, Russia's war on Ukraine will reshape international relations and the architecture of the international system for decades to come.

It would also rearrange the map of regional balances and alliances in a way that no one would have imagined.

We saw this after the First and Second World Wars, as well as after the end of the Cold War, when the international system and sub-regional systems moved to a new stage of interactions and dynamics that contributed to the rise of states and systems and the fall of others.

With regard to the Arab region and its regional neighborhood, the process of rearranging the map of alliances and balances was in full swing even before the Russian war on Ukraine.

We have seen this during the past six years, specifically since the arrival of the administration of former US President Donald Trump to the White House in 2016, and the outbreak of the Gulf crisis and the blockade of Qatar in June 2017, coinciding with the setback of the Arab Spring revolutions.

During the past two years, we have witnessed a repositioning by all regional and international actors in the region, especially with the Biden administration coming to power, which contributed to pushing the process of redrawing the map of regional alliances.

Two main variables have contributed to accelerating this process: First, what appears to be an American withdrawal from the Arab region, especially the Arab Gulf region, in order to focus on confronting the rising Chinese threat in East and Southeast Asia.

The second - and it is dependent to one degree or another on the first - is the Biden administration's endeavor to revive the nuclear agreement with Iran.

As for the first variable, there is no doubt that the United States sees the Chinese rise, economically, technologically and militarily, as a threat to its international hegemony, and to its interests and the interests of its allies in Asia, especially Japan, South Korea, India, the Philippines, Vietnam and Taiwan.

To this end, Washington seeks by all means to contain this danger on the one hand, and to strengthen its alliances with those countries on the other.

Therefore, America has not withdrawn any of its forces and fleets stationed in Asia for decades, which number more than 80,000 soldiers, most of whom are stationed in Japan and South Korea. On the contrary, it has supported them militarily, technology and intelligence.

It also formed a new alliance with Australia and the United Kingdom (AUCOS) with the aim of strengthening maritime deterrence in the Pacific region.

There is a conviction within political circles in Washington that the rise of China will not be a peaceful ascent, and that it is time to confront this reality before it becomes a reality.

The UAE fears that the US withdrawal from the region will lead to its complete military, strategic and security exposure, not only to Iran but also to its allies and proxies in the region, especially the Houthis who have struck Abu Dhabi in depth during the past months.

This American focus on the Chinese threat practically means a US strategic, military and political repositioning in various parts of the world, including the Arab region, which means reducing American involvement in the region's conflicts, but rather working to cool them in one way or another.

It also means relieving - even a little - from the burdens of defending allies directly, as was the case during the past five decades.

Therefore, it was not surprising that Washington's response to the Houthi attacks on Abu Dhabi and Riyadh was cold and did not amount to a strong relationship between strategic allies.

This is what we witnessed until the days of Trump, when Iran struck Saudi oil facilities without a strong and decisive American response to it.

Perhaps this is what gives more emboldened Iran and its allies in the region to persist in their threat to the UAE and Saudi Arabia.

The second variable is the revival of the nuclear agreement between Iran and the West, especially with the United States, which had unilaterally withdrew from the agreement in May 2018 under the Trump administration.

Biden pledged during his election campaign to return to the agreement, in order to ensure that Iran does not turn into a nuclear power that may lead to instability in the region.

Therefore, a special envoy for the Iran file was appointed in the Biden administration, Robert Malley, and indirect negotiations between the two parties were resumed over a whole year, and the negotiations have reached their last stop, and the agreement may be signed in the coming weeks.

It is an agreement that Arab countries and Israel have tried - and still are - to disrupt by all means, due to their fears of repercussions on Iran's role in the region, and thus threatening its interests and regional role.

The result of these two factors was what we have witnessed over the past months and weeks of a tireless movement to form a new regional alliance that includes the axis of the printing press with Israel (the UAE, Bahrain, Morocco, Egypt, Jordan and Sudan) and behind them Saudi Arabia on the one hand, and Tel Aviv on the other, under the pretext of filling a vacuum What they see as an American withdrawal from the region and confronting what they see as an existential Iranian threat to their countries and regimes.

The spearhead in this new alliance are: the Emirates and Israel.

The UAE fears that the US withdrawal from the region will lead to its complete military, strategic and security exposure, not only to Iran but also to its allies and proxies in the region, especially the Houthis who have struck Abu Dhabi in depth during the past months.

In this regard, the Emirati discontent with the Biden administration can be understood by abstaining from voting on the Security Council resolution condemning the Russian invasion of Ukraine at the beginning of the war.

It is also possible to understand the UAE’s reception of Syrian President Bashar al-Assad a few days ago, and this seems to defy America, which calls for isolating al-Assad internationally and regionally, as it is currently doing with Putin.

There is also an increasing Emirati conviction of the importance of entering within the umbrella of Israeli security and intelligence protection, in order to confront the Iranian threat, and it seems that Bahrain and Saudi Arabia have been dragged behind it in this regard.

As for Israel, it believes that it is now facing a historic opportunity that will not be compensated, as it presents itself to the axis of normalization as the exclusive agent of America in the region, and that it can persuade - and even pressure - the Biden administration not to abandon its allies in the region, especially the UAE, Saudi Arabia and Egypt.

And she literally did that during the last stage.

During a meeting with Israeli Prime Minister Naftali Bennett with Biden last August, he asked him not to pressure Egypt and Saudi Arabia regarding the human rights file.

There are also news reports that Israel played an important role in Egypt obtaining the F-15 fighter jets, which Washington refused to give to Egypt for 40 years.

Therefore, it was not surprising for Israel to host, for the first time since its establishment, an Arab summit of the foreign ministers of Egypt, the UAE, Bahrain and Morocco, in the occupied city of "Negev", at what is considered the inauguration of a new regional alliance led by Israel in the region in a way that no one could have imagined happening before few years.