The best kept secrets of Disneyland Paris on its 30th anniversary

“To all who come to this place, welcome. Once upon a time there was a great storyteller, Walt Disney, inspired by Europe's most beloved tales, used his own... 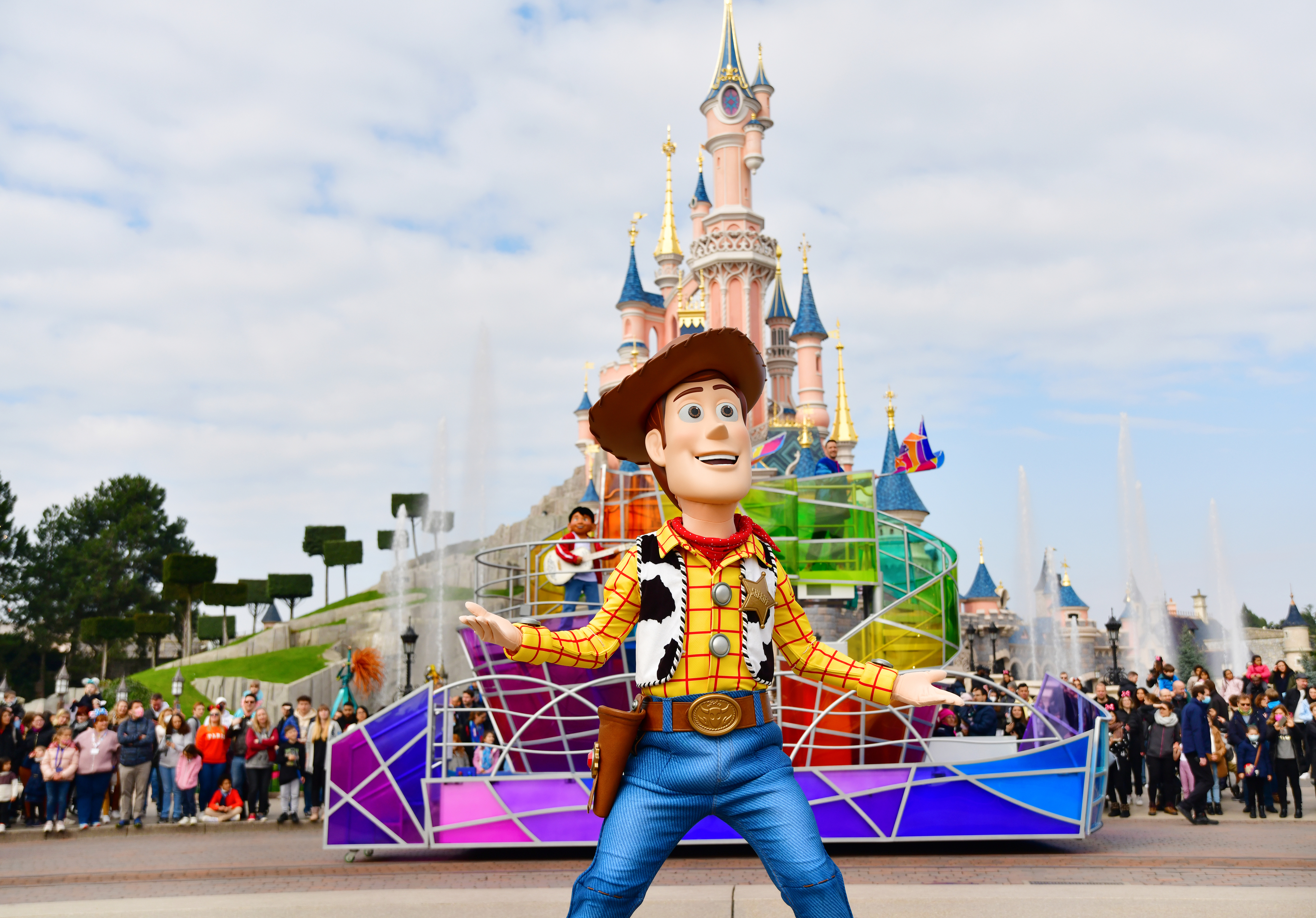 “To all who come to this place, welcome.

Once upon a time a great storyteller,

, inspired by Europe's most beloved tales, used his own special gifts to share them with the world.

where all these stories would come to life, and he called it Disneyland.

Now his dream returns to the land that inspired him.

Euro Disneyland -as it was called in its beginnings- is

dedicated to the young at heart

... with the hope that it will be a source of joy and inspiration for everyone", were the words of the then president of the Walt Disney Company, Michael D. Eisner, at the opening of Disneyland Paris on April 12, 1992. That essence, that dream, 30 years later, is still more alive and stronger than ever.

Thirty years is soon said, but there is nothing easy about it.

the world of Disney,

who begged their parents to travel to

today are parents who, with the excuse of having children, want to live or relive that dream.

Even without children, today's adults, who 30 years ago were the children of then, still dream of the key to the success of Disneyland Paris: magic.

A magic that captivates you from minute one,

What has changed in that Disneyland of 30 years ago and today?

Obviously almost nothing has changed because it is a transmission.

Change has really changed people, but

the enthusiasm is passed from parents to children”

at the park and in charge of one of the great shows on the occasion of the park's 30th anniversary,

That is the great secret and the key to the success of the place.

Beyond the factory that Disney represents, beyond

... to enter this complex is to enter a world apart, on another planet, where everything that is left out, the good, but, above all, everything, the bad, is forgotten.

"Evasion", comment those who are at the foot of the canyon.

The park catches you, surrounds you, makes you the protagonist of your own Disney movie.

Strolling through any of its areas,

makes you part of its stories.

It is the details, the care, the perfection and the emotion with which Disneyland and its 16,000 employees work.

Night falls at the door of the

he takes the screwdriver out of it, he tightens a screw on the fountain, you look at him and think, am I in the movie?

Am I here or am I in a Disney movie?

That's how everything is in this world, magic, magic and more magic.

And this is their priority: «

We are all very passionate about what we do and we put our body,

soul and all our hearts into making it always better quality.

At the end of the day what we have to do is look at the public and see that some are crying, others are laughing, others are dancing... It's our little gift", says Astrid Gomez, Producer of Disneyland Paris.

The coveted Mickey and Minnie headbands.

Some cry, others laugh, others dance, others look at the

and in their eyes you can see reflected that dream that Walt Disney always had: "Everything is possible"

“That phrase means that one thing does not go from here to here, but that everything is possible.

I don't know if 30 years ago it was thought that it would become what it is today, but staying with that phrase tells you everything.

It is taking it forward, and that means taking us, you, the public forward, "says Juan Fuentes.

With more than 375 million visits since then, and countless experiences, it has been the place where thousands of visitors have created unforgettable memories and has become

the main tourist destination in Europe.

The secret to its success lies in its commitment to constant innovation, thus fulfilling Walt Disney's dream of creating unforgettable memories.

Thematic restoration in the park facilities.

Maintaining the magic is the main objective of the complex, but there are many more, a lot of work behind it, a lot of desire.

It is difficult to see any employee of the park and not see in them the same emotion of the visitor.

the Mickey and Minnie outfits

Did you know that both characters have more than 450 outfits, including new iridescent outfits and hats designed for the resort's 30th anniversary?

More than 2,000 strips of rhinestones

have been sewn to make the costumes for the anniversary

, more than 700 meters of fabric have been printed and more than 190 jewels have been necessary.

Since 1992, more than 30,000 suits have been made in the workshops, resulting in one of the largest clothing collections in Europe.

Everything is measured, subject to the greatest of details, from the gardens, with more than 35,000 trees, 450,000 shrubs and a million flowers planted each year, through gastronomy, with the opening for the 30th anniversary of

which not only recalls the best moments of Walt Disney but also offers the most iconic dishes from Chicago, Illinois and Marceline (where the businessman was born and lived as a child), to

designed in his own creative studio.

This now, when 30 years have passed, but when the Parisian park was opened, they always wanted to make a difference with his American brother.

The choreographies are repeated throughout the park.

And so, unlike those at Disneyland in the United States, the one in the French capital created recruitment centers in Paris,

in an effort to reflect the multinational aspect of visitors.

Disney looked for workers with sufficient communication skills, fluent in at least

​​(French and one other) and socially open.

With this, the park installed its own university,

By November 1991, they had already trained

Three decades later, any employee you find in the park continues with that priority, to understand you, to be understood and enjoyed.

In fact, this magic is so important that another of the great differences with

is the construction of the place.

In Paris it is its underground tunnels that keep and protect its secrets.

the official anniversary is April 12,

since March 6 the French complex has kicked off the celebrations and shows for its three decades.

And the question is:

what else can Disneyland Paris offer 30 years later?

"For 30 years, what we are trying to do is give hope for a better future, for the good things that are yet to come after two very hard years," explains Carmen Lleo, the first Spanish Disney ambassador.

Visitors can enjoy the new show

, which takes place right in front of Sleeping Beauty's Castle.

Smile more than ever, Open your heart and Believe in your dreams.

More than 30 dancers and Disney Characters, new and colorful floats, two new songs and a fun combination of

from the legendary factory.

As night falls, and for a limited time, the

This new plus combines video projections,

, nods to the most mythical Disney songs... to finish with a spectacular aerial drone staging over the castle.

These, synchronized, follow a choreography designed with the help of the experts of Dronisos (official technology provider based in Bordeaux) form a "30" in the sky over the Sleeping Beauty Castle, while the new song of the anniversary,

This was recorded with a 60-piece symphony orchestra in the

in London, famous because most of the Beatles' discography came from there.

has thrown the house out the window for his birthday

and with one goal, the same as always, the one that made him born and grow to what he is today, to maintain the magic, not get lost and make everything possible through his motto: «

What is easy in this life?

We have magic, what you have to know is to carry it and that is what we all do.

RankingThe Pyrenees, the best mountain destination in the world in 2022

HolidaysThese are the favorite destinations of Spaniards to travel during Easter