In Yemen, new Saudi raids after an announcement of truce by the Houthi rebels 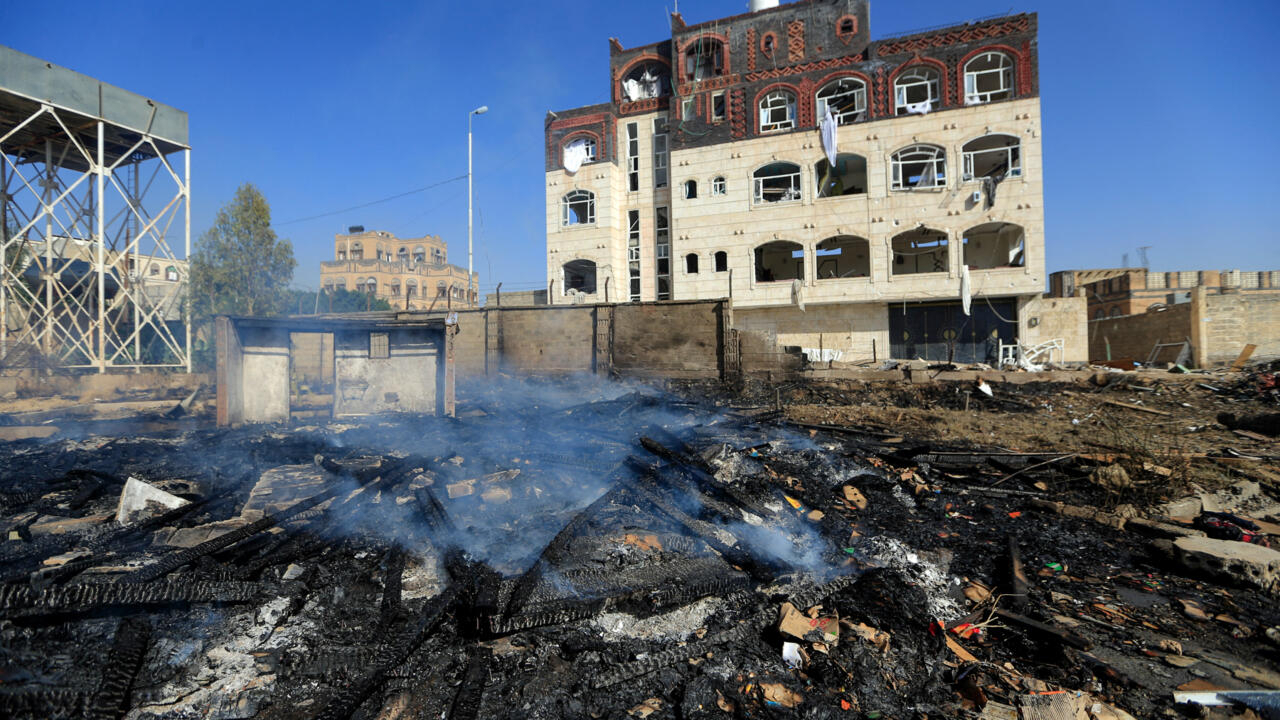 The Saudi-led military coalition in Yemen shelled areas controlled by Houthi rebels on the night of Saturday March 26 to Sunday March 27, after the latter unilaterally announced a three-day truce, Riyadh said.

The war that has ravaged Yemen, a poor country on the Arabian Peninsula, for more than seven years pits pro-government forces, supported by the Saudi coalition, against the Houthis, rebels supported by Riyadh's great rival, Iran.

On Saturday evening, around midnight, the coalition announced that it had "started carrying out airstrikes on the (military) camps and strategic areas of the Houthi rebels in Sanaa", the capital in rebel hands since 2014, the television channel reported. Saudi state Al-Ekhbariya.

>> To (re) read: "War in Yemen: a humanitarian drama behind closed doors"

No immediate comment was made on potential casualties in these raids.

The coalition stepped up raids on areas controlled by Houthi rebels, including Sanaa (north) and the southern region of Hodeidah (west), in response to a fresh round of rebel attacks on Saudi Arabia on Friday.

One of them caused – without causing any casualties – a gigantic fire in an oil site in Jeddah (west), near the Formula 1 circuit which hosts the Grand Prix of Saudi Arabia.

But the next day, the rebels announced that they would cease their offensives in their country as well as in Saudi Arabia for "three days".

This truce could become "permanent" if Saudi Arabia lifts the "blockade" on Yemen, ceases its air raids and withdraws its "foreign forces" on Yemeni soil, said Mahdi al-Mashat, a senior Houthi official.

>> To (re) read: "Attacks against the Emirates: 'a new page opens in the conflict in Yemen'"

The Saudis did not react to this announcement.

On Saturday, UN Secretary-General Antonio Guterres "strongly condemned the recent escalation of the conflict in Yemen".

Quoted in a statement by his spokesman, he denounced both "the air attacks carried out by the Houthis on Friday" and "the coalition airstrikes that followed in Sanaa".

According to the UN, these raids "would have killed eight civilians, including five children and two women".

With nearly 380,000 dead and millions displaced according to the United Nations, the war has caused one of the worst humanitarian tragedies in the world in Yemen, with a large part of the population facing acute hunger, sometimes close to famine. .