A traditional African mask sold for 4.2 million euros in France

A carved 19th-century Central African mask sold in France for 4.2 million euros on Saturday, despite demands by Gabonese protesters at the auction house organizing the event to "return" the piece. Gabon, 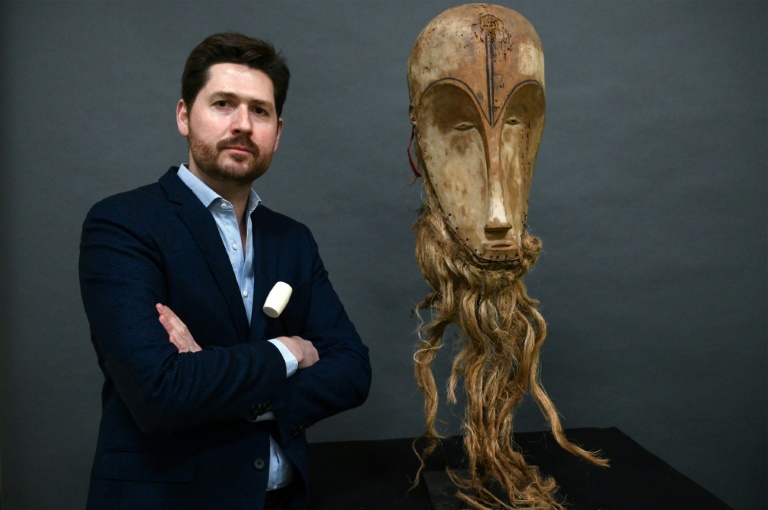 A traditional African mask sold for 4.2 million euros in France

A carved Central African mask dating back to the 19th century was sold in France for 4.2 million euros on Saturday, despite a demand by Gabonese protesters at the auction house organizing the event to "return" the piece.

The rare "Negil" wooden mask used by the Fang people in Gabon broke the estimated price of 300,000 to 400,000 euros at an auction in the southern French city of Montpellier.

"This is a question of receiving stolen items," said a man who describes himself as a member of the Gabonese community in Montpellier, from the back of the auction hall, surrounded by some of his compatriots.

"We will file a complaint ... our ancestors and grandfathers from the Fang community, we will take back this piece," the protester added, describing the mask as an "illegal colonial gain."

Auction director Jean-Christophe Giuseppe said the event he was aware of was "totally legal".

The demonstrators, escorted by guards, quietly walked out of the auction hall but continued to protest the sale of African artwork.

Including costs and surcharges, the total amount paid by the winning bidder for a Fang mask was €5.25 million, an amount close to a record for such a piece.