Lights out? Why not come to Tibet to "see the stars from the clouds"!

How long has it been since you looked up at the sky full of stars?   Can you still remember the romance of "picking the stars" in the deep night sky when you were a child?   Today coincides with the "Earth Hour" event day in 2022. Why not turn off the lights and accompany the starry sky, follow Xiaoxin's lens, and go to Tibet to experience the tranquility and poetry under the vast starry sky. 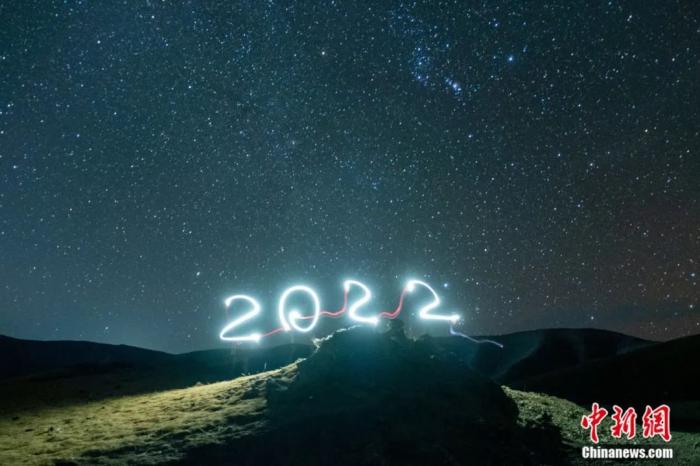 How long has it been since you looked up at the sky full of stars?

Can you still remember the romance of "picking the stars" in the deep night sky when you were a child?

Today coincides with the "Earth Hour" event day in 2022. Why not turn off the lights and accompany the starry sky, follow Xiaoxin's lens, and go to Tibet to experience the tranquility and poetry under the vast starry sky.

The stars twinkle, the bright river is in the sky Ali

Suspected to be the Milky Way Falling Nine Heavens Shannan

Lying down and looking at the Milky Way

As if on the galaxy, Lake Cuo'e

Counting the stars in Tibet

"The Roof of the World" Tibet is an out-and-out stargazing paradise.

In this place closest to the sky, the sky is like a waterfall in the dark night, and the stars are like diamonds, which is only a scene in fairy tales.

Located in the Ngari area on the Western Tibetan Plateau and Nagqu on the Northern Tibetan Plateau, due to the high number of sunny nights, less light pollution, high atmospheric transparency, and high altitude, it has become an excellent astronomical observation point recognized by industry insiders.

Among them, "China Dark Night Sky Reserve·Ali" is located in a mountainous area 30 kilometers south of Shiquanhe Town in Ali, with an average altitude of 4,200 meters, an observatory at an altitude of 5,100 meters, and a clear sky rate of over 80%.

Under the dark night, people look up, explore the boundlessness of the universe, and feel the romance of the stars.

Let you meet the dream galaxy as you wish

In Tibet, except for two dark night parks, there are not many places where you can see the dreamy starry sky.

The Mount Everest Base Camp at an altitude of 5,200 meters, the Milky Way across the sky and the highest peak in the world are in the same frame.

In Suosong Village, Linzhi, it is difficult to find a more romantic place than the starry sky at the top of Nanga Bawa Peak, "the most beautiful mountain in China".

In Tibet, some historic palaces and temples are also good places for stargazing.

The starry sky and the ancient buildings mirror each other, as if time stands still, and the moment is eternity.

Gyantse, Tibet, photo by Jin Zijiang on the star trail above Baiju Temple

In fact, going to Tibet to "chasing the stars", in addition to the core star observation, can also be combined with popular science environmental protection, ecological travel, and Tibetan cultural customs.

Star travel can have "one hundred ways to play".

At the foot of Nanga Bawa Peak, a New Year's Eve Star Music Carnival was held.

Bonfires, folk songs, Guozhuang, and the bright night sky above, is there a more unforgettable New Year's Eve ceremony than this?

Tibet, camping under the stars.

To keep the bright starry sky, only to guard the "dark night"

At night in Tibet, you can almost see the starry sky when you look up.

But many bustling and bustling cities cannot have this romance.

The rotation of the sun, the moon and the stars, the alternation of light and darkness, is the law of the earth's operation for hundreds of millions of years.

However, as more and more artificial lighting lights up the night, "light pollution" is inevitable.

The natural day and night pattern changes, leaving the starry sky in many cities without a trace.

The night sky of Lulang Town, Nyingchi, Tibet is bright.

At the first China Dark Starry Sky Reserve Conference held in 2019, experts said that "two-thirds of cities in the world have lost sight of the Milky Way"...

Since the beginning of mankind, people have been immersed in the vastness of the night sky.

Keeping the bright starry sky requires us to guard the "dark night".

May each of us have a starry sky above our heads and philosophical thoughts in our hearts.