World Cup 2022: Senegal falls against a revengeful Egypt in the first leg

A month and a half after the CAN 2022 final won by the Lions ahead of the Pharaohs, Egypt and Senegal met in Cairo for the first leg of the World Cup play-offs. The… 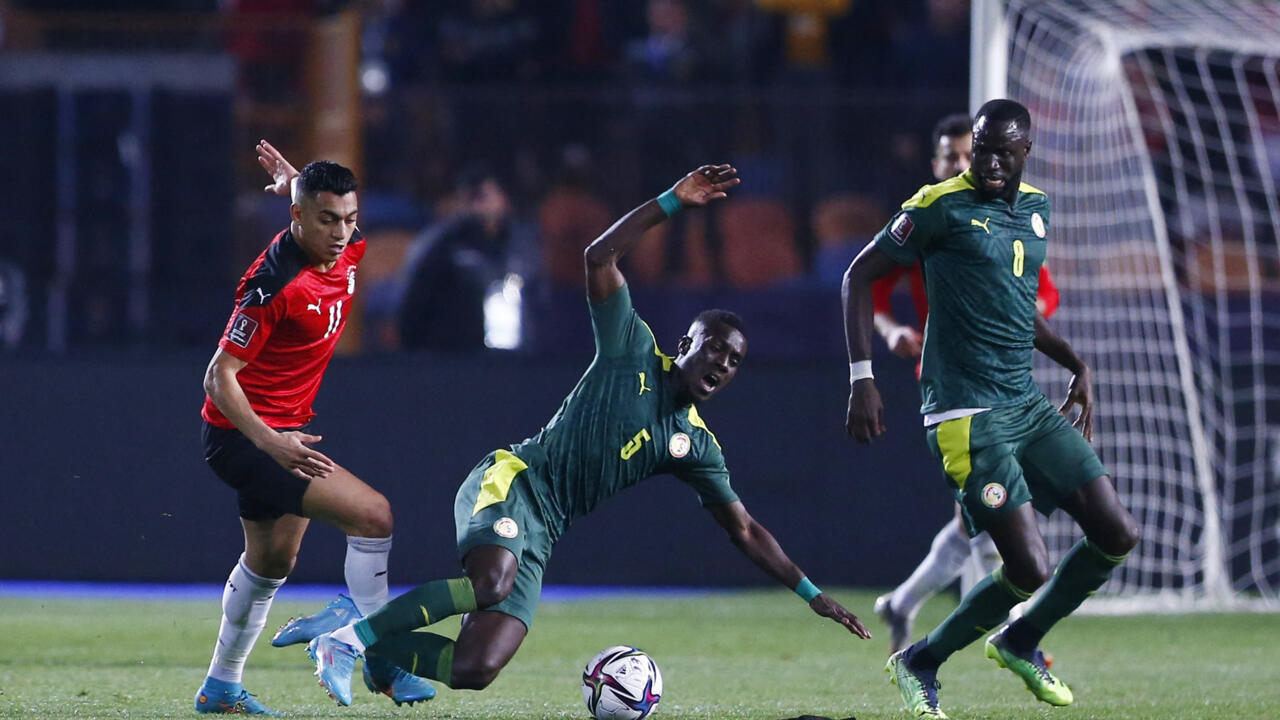 World Cup 2022: Senegal falls against a revengeful Egypt in the first leg

A month and a half after the CAN 2022 final won by the Lions ahead of the Pharaohs, Egypt and Senegal met in Cairo for the first leg of the World Cup play-offs.

The Pharaohs won the reunion match (1-0), but it remains the last in Dakar in four days.

The champion is on the mat from his first outing.

Senegal suffered their first defeat since taking over as African champions a month and a half ago, after going 19 games without a loss.

It is a disappointment that could foreshadow the motivation that transpired among the Pharaohs as the Lions were eagerly awaited in Cairo by Egyptians who are counting on these dams to take their revenge.

all Egyptians to hang a flag

" to support the Pharaohs.

The 75,000 spectators at the International Stadium in any case shook the enclosure during the opener caused by Salah whose recovery on the crossbar surprised Saliou Ciss who scored against his camp (4th).

Egypt could not have dreamed of better with this goal so early which cooled the enthusiasm of the Senegalese who lost from the 12th minute, on injury, the defender, Abdou Diallo.

Because Aliou Cissé's men will have a hard time getting around the very comfortable Egyptian block when it comes to defending an advantage.

Dominating for a long time, but without being dangerous, the Lions raised their level of play in the second half under the impetus of Sadio Mané.

The Liverpool player caused panic in the defense during the first quarter of the second half before being better muzzled by the Egyptian rearguard.

Despite a much better possession of the ball, Aliou Cissé's men never managed the last gesture, like this shot from Ismaîla Sarr (78th), in a good position in the area, which failed in front of El Shenawy.

Or even this approximate control of Bamba Dieng yet ideally found at the penalty spot by Mané (90 + 1).

With the same eleven that started the CAN final, Senegal lost in Cairo to a solid Egypt that did not need many situations to clinch victory.

In four days, the Pharaohs will be in Dakar to maintain their meager advantage.

From now on, the spirit of revenge has changed sides.

SALIOU CISS OPENS THE SCORE FOR EGYPT AGAINST HIS CAMP!

World play-offs 2022: Mali scuttled in front of Tunisia and sees Qatar move away

World Cup 2022: Algeria is reassured against Cameroon in the first leg

2022 World Cup: Ghana and Nigeria neutralize each other in the first leg