Summary: Day 5 of the China Eastern Airlines accident: Three sets of keywords show the progress of the accident 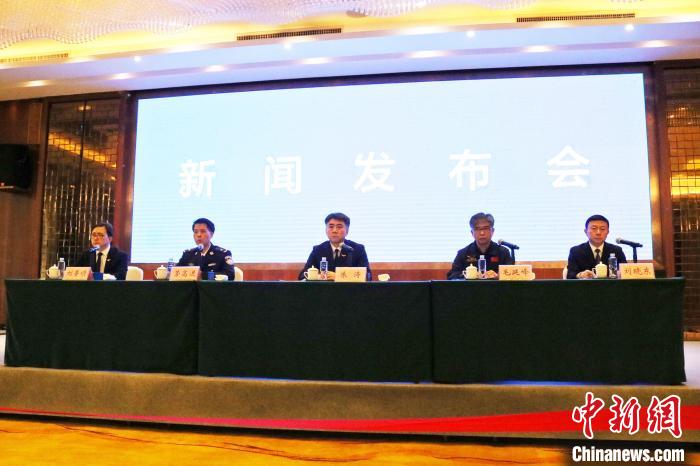 Since the accident of China Eastern Airlines, the National Emergency Response Headquarters dispatched more than 7,000 person-times, more than 200 vehicles, 5 helicopters and a batch of search and rescue equipment.

In addition to continuing to carry out search and rescue in the original core area, the search area has been expanded to nearly 200,000 square meters.

Although no survivors of the accident have been found, the efforts to find survivors have never been given up.

As of 15:00 on the 25th, rescuers found some remains and found and extracted 18 fingerprints and 101 relics on the spot.

Rescuers also found the engine gearbox of the crashed aircraft and the remnants of the aircraft's main landing gear in the core area of ​​the scene, and are confirming whether it is the left or right main landing gear.

Zhu Tao, director of the Aviation Safety Office of the Civil Aviation Administration, said that according to the preliminary exploration results, the emergency response headquarters organized all professionals to study and formulate an excavation plan for the core area, to provide guidance for the next search and rescue work, and to search for the second "second" in a grid pattern. "Black Box" provides technical support.

Pictured is the press conference.

It has been 100 hours since the "3.21" China Eastern Airlines crash, and various investigations are in full swing.

At present, a total of 236 experts and criminal technicians from the Chinese public security organs have formed 34 working groups to carry out comprehensive investigations of biological features, traces and physical evidence, identification of victims and DNA testing and comparison.

One of the black boxes of the crashed China Eastern Airlines flight MU5735 has been recovered.

Mao Yanfeng, director of the Civil Aviation Administration's Accident Investigation Center, said on the same day that since the professional laboratory of the Civil Aviation Administration received the voice recorder, it has been intensively carrying out repair and data download work. When will the download and data analysis work be completed. There cannot be a definite time.

A preliminary investigation report in English and Chinese will be submitted to ICAO within 30 days.

That is, the crew did not hang any emergency codes.

As of 10:00 on the 25th, the National Emergency Response Headquarters has ordered 375 family members of the lost passengers to come to the accident site to express condolences, and properly do a good job in the reception, transfer, storage and custody of the remains; DNA sampling and psychological counseling for immediate blood relatives of travelers.

It is reported that Wuzhou City has established a special class for assistance work, implemented 24 designated reception hotels and 120 special vehicles, provided one-to-one assistance services to the families of passengers, and organized a team of psychological experts to provide psychological counseling and comfort to the families of passengers.

Liu Xiaodong said that the passenger lists of all flights are private information protected by law and do not belong to the category of active disclosure.

"We believe that according to the practice at home and abroad, whether to disclose it should first be subject to the urgent needs of passenger search and rescue and family contact. For example, if some international flights are not disclosed, it is difficult to contact all passengers." (End)