Diary of Haiti and the Americas - From slave to notable, in the footsteps of Isaac Mason

On this March 25, International Day of Remembrance of the Victims of Slavery and the Transatlantic Slave Trade, we follow in the footsteps of Isaac Mason. Born a slave, he will end his life as a free man... 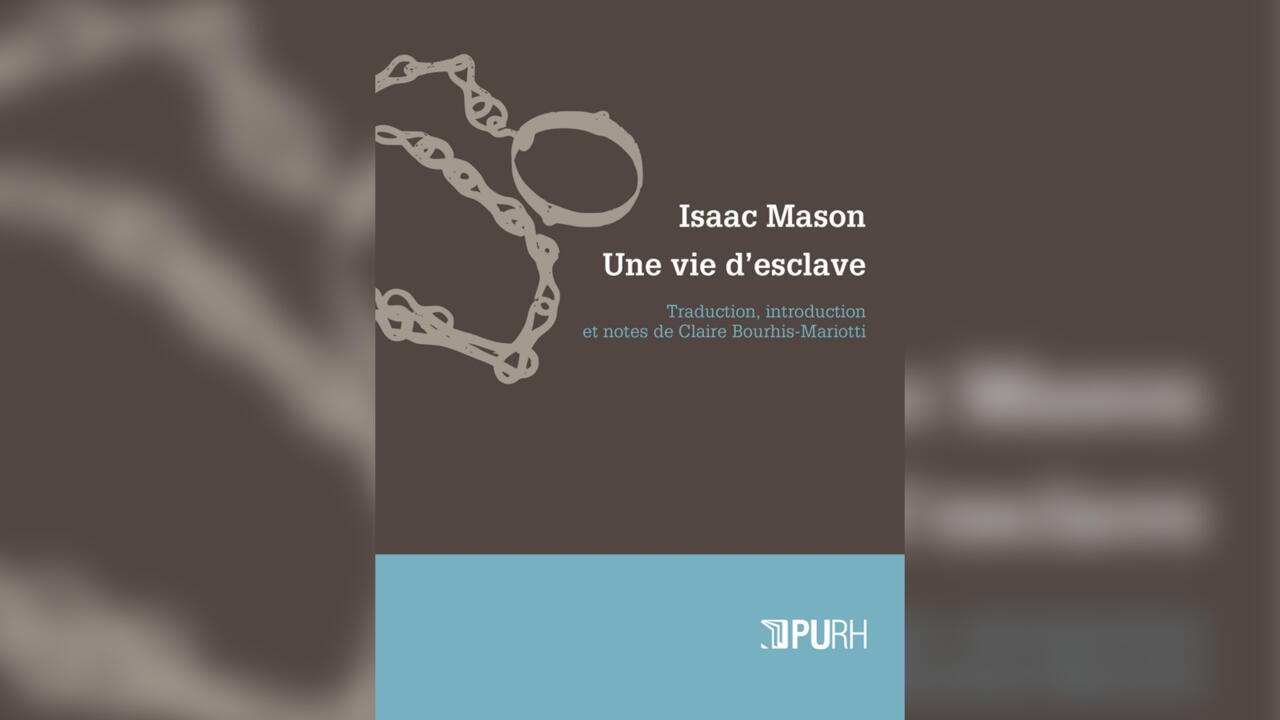 From slave to notable, in the footsteps of Isaac Mason

A Slave's Life”, edited and translated by Claire Bourhis-Mariotti.

On this March 25, International Day of Remembrance of the Victims of Slavery and the Transatlantic Slave Trade, we follow in the footsteps of Isaac Mason.

Born a slave, he will end his life as a free man.

" in 1893. A work that has just been translated into French.

Born a slave in 1822 on the eastern shore of Maryland, Isaac Mason escaped his condition by fleeing in 1847, at the age of 25.

However, it was not until 1893, almost 30 years after the abolition of slavery by the United States, that he published "

Life of Isaac Mason as a Slave

Like its author, this story is unknown to the general public, including in the United States.

Written decades after emancipation, Isaac Mason's story denounces the suffering endured by slaves, as highlighted by Claire Bourhis-Mariotti, lecturer in History and Civilization of the United States at the University of Paris 8-Paris Lumières who has just translated this work into French, published by Presses Universitaires de Rouen and Le Havre.

A story of resilience and pride, an enlightening account of the mobility and circulation of blacks, slaves, fugitives or free, in America before the Civil War.

An experience also with a passage through Haiti, the first black Republic in the world, which will disappoint Isaac Mason.

Haiti: The United States requests the extradition of a suspect in the assassination of Jovenel Moïse

The request arrived on March 24, 2022, before the Jamaican Court where former Senator Joseph Joël John was appearing, for the fifth time, for violation of immigration rules.

The Haitian government, which claims to have made its own extradition request, has indicated that it does not oppose that of the United States where two suspects are already behind bars.

", according to the Jamaican press, but, completes the Miami Herald,

Unwavering, the masterful Ketanji Brown Jackson faced this week the examination of his candidacy for the Supreme Court of the United States with the acute awareness of being a "model" for African-Americans.

The confirmation hearings before the Senate ended on Thursday, March 24, 2022. The 51-year-old lawyer chosen, at the end of February 2022, by President Biden could become the first black woman in the temple of American law.

Without insisting on the color of her skin, she paid tribute to all those who helped her rise to this level, starting with her parents who, "

Asked insistently by Republican Senator Ted Cruz about certain black thinkers and activists or about her knowledge of "critical race theory", which analyzes the institutional aspects of racism, she kept a universalist message:

"It's a moment of which all Americans should be proud

Assassination of Haitian President Jovenel Moïse: indictment in the United States of a second suspect

United States: end of the examination of the candidacy of Ketanji Brown Jackson for the Supreme Court