Bill Gates: To be happy, you must meet these four conditions!

Billionaire American businessman Bill Gates revealed, during his participation in a session to answer the questions of his followers on a social networking site, about the four things he recommends to achieve happiness. to 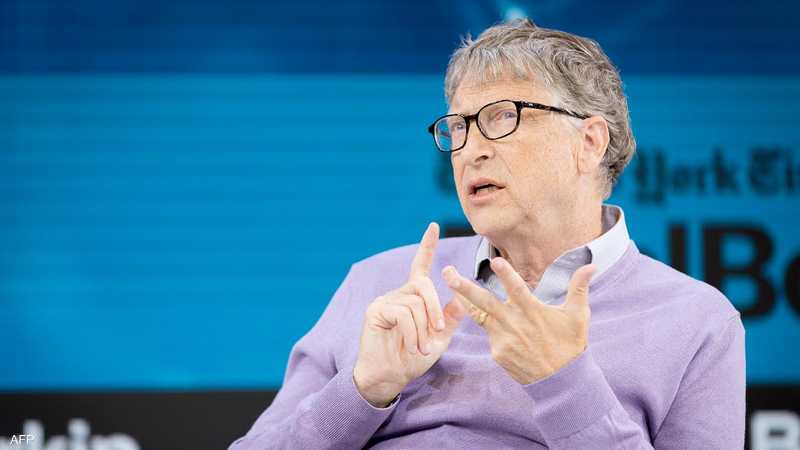 Bill Gates: To be happy, you must meet these four conditions!

Billionaire American businessman Bill Gates revealed, during his participation in a session to answer the questions of his followers on a social networking site, about the four things he recommends to achieve happiness.

Bill Gates stressed, according to the article shared by Marca in its English version, that money is not one of the things that bring happiness.

He summarized the four tips, saying: "Generation and generosity, fulfilling personal obligations, developing a state of mind, and sitting with parents and children."

He pointed out that the first things that he sees as a cause of happiness for him, is "goodness and generosity to achieve it," noting that he considers helping the world's children to obtain vaccines for various diseases is his most important achievement.

As for his second advice, he pointed out that everyone must "fulfill personal obligations," noting that when Gates founded Microsoft in 1980, the most important commitment to himself and his company was to turn the computer into a basic device in the world.

Develop a state of mind

Regarding the third advice, the American businessman stressed the need to "develop the mental state" by exercising, noting the need to maintain a daily routine of exercise to improve psychological and mental health.

Sitting with parents and children

Gates, who achieved his first billion in his history at the age of thirty, spoke of his fourth and final advice, saying: "Sharing quality time with your children or parents not only helps you bond with them, but also brings happiness to everyone because of the increased sense of belonging and security within the family."

In 2021, Gates ranked fourth among the world's richest billionaires in the Forbes list, with a fortune of $ 124 billion.

In the summer of 2021, Bill announced his separation from his wife Melinda, after 27 years of their marriage, through his official account on "Twitter", and said: "We have separated, but we will continue to work together in the charitable field, which includes education, gender equality and health care."

It is worth noting that the American billionaire has so far donated $35.8 billion of Microsoft shares to his charitable foundation, and his donations have contributed to reducing the mortality rate of children under the age of 5, from 10 million to 6 million annually.