In memory of Deng Xiaolan: I don't want to say "goodbye", I want to send "little stars"

China News Service, Baoding, March 23rd: In memory of Deng Xiaolan: I don't want to say "goodbye", I want to send a little star   Chinanews.com reporter Lu Zihao and Chen Lin   The music classroom of Malan Primary School, located deep in the Taihang Mountains, is equipped with piano, electronic organ, accordion, horizontal flute, recorder, flute and many other musical instruments. During the b 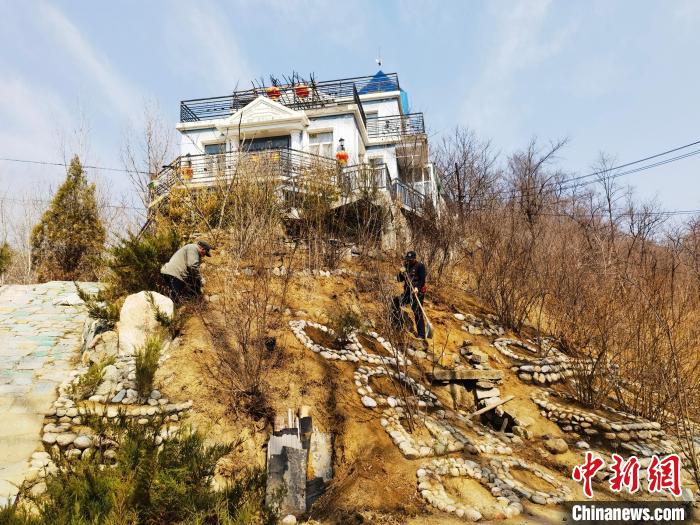 The music classroom of Malan Primary School, located deep in the Taihang Mountains, is equipped with piano, electronic organ, accordion, horizontal flute, recorder, flute and many other musical instruments.

During the break on the 23rd, Bai Zhenyuan, a member of the school's small band, walked in here again.

The 13-year-old mountain boy chose to play the piano, "I want to chat with Teacher Deng for a while."

He said that he played the piano piece "Little Star" and gave it to "Mr. Deng", "because she shines like a star in the sky".

On March 19, 2022, Deng Xiaolan, who was planning the "Malan Music Festival" in front of the Moon Stage in Malan Village, Fuping County, Hebei Province, suffered a sudden illness.

On the 22nd, the old man passed away peacefully in a hospital in Beijing at the age of 79.

The teachers and students of Malan Primary School couldn't hide their grief after hearing the news. They didn't believe that "Mr. Deng" and "Grandma Deng" who had been with each other day and night would suddenly leave.

Villagers decorate the flower ramp and plant green plants in front of the Children's Music Castle.

On the music electronic teaching board on the west side of the music classroom, there is a Greek "Olympic Ode" handwritten by Deng Xiaolan during his lifetime.

More than a month ago, 44 ​​local students from mountainous areas, including Malan Primary School, took to the stage of the opening ceremony of the Beijing 2022 Winter Olympics and sang "Ode to the Olympics" in Greek.

Bai Shengchang, a second-year student at Malan Primary School, is one of the 44 students.

The shy little girl recalled that "Grandma Deng" was a very nice person and was always patient when teaching them, "teaching them over and over again".

When she said "I miss Grandma Deng very much, I will never see her again", she burst into tears.

From Fuping to Beijing, Deng Xiaolan, an old man in his 80s, has been accompanying the children.

And since she retired, she has been in Fuping County for 18 years to build dreams with music for children in the mountains.

When a media interview asked her when she would stop, the old man said, "I won't run if I can't run."

In the face of "Mr. Deng"'s sudden "stop", Chen Yetian, the principal of Malan Primary School, said that the teachers at the school could not believe it was true. The music teacher was unable to teach because of grief, and the children cried when they found out.

He said that on weekdays from Monday to Friday afternoon, "Mr. Deng" would come to the classroom to give music lessons to the children, and on weekends, he would invite the children to her home in the town to "open a small stove".

Over the years, more than a dozen local students have been admitted to music majors in colleges and universities.

The "Moon Stage" built by Deng Xiaolan during his lifetime.

"In the past 18 years, more than 200 children have learned music from Teacher Deng. Now, the children's horizons have broadened, and their mental outlook is like that of children in the city." Sun Zhishengyi, Secretary of the Party Branch of Malan Village and Director of the Village Committee When he called "Mr. Deng", tears poured out of his eyes instantly.

He said that in addition to teaching children music, Mr. Deng also raised funds for the village to renovate school buildings, repair roads, renovate dry toilets for the villagers, and build a children's music castle.

"In the past two days, people in the village couldn't help crying when they mentioned Teacher Deng. (This kind of) feelings could not be expressed."

Deng Xiaolan, born in Fuping County in 1943, is the daughter of Deng Tuo, a famous newspaper reporter and former president of People's Daily.

Due to her father's complex and her feelings for this land, she has always regarded Fuping as her "second hometown".

After retiring in 2004, she came to Malan Village in Fuping County from Beijing to teach children music and hold music festivals for them.

Her story also touched many people.

On the morning of the 23rd, at the official memorial meeting for Deng Xiaolan held by Fuping County, Liu Jing, Secretary of the Fuping County Party Committee, sent his condolences deeply and could not bear to say "goodbye" throughout.

He said that the children will not forget that the amiable grandma Deng taught them to sing and play the violin hand in hand for 18 years, so that Malan's singing can be sung in the Winter Olympics and spread to the world; Malan's folks will not forget that her father Deng Tuo was here many years ago with a gun in one hand and a pen in the other, insisting on running a guerrilla newspaper.

"The two generations have a deep Malan complex, and what remains unchanged is the deep love for this land!"

Beside Malan Village, in front of the moon stage spread among the mountains, excavators are working.

"Mr. Deng" and "Grandma Deng", who are familiar to the villagers and children, once held up the children's musical dreams here again and again.

At this time, the canal at the foot of the mountain has been laid with stone bricks, and the water in the canal is gurgling, and the ecological tourism of Huata Mountain has also begun to take shape.

But this respectable old man couldn't take another look.

Some netizens commented: "Mr. is gone, turned into the brightest star in the sky, illuminating the way forward for rural children!" (End)