How has the epidemic situation in my country changed? Why continue to insist on dynamic clearing? Official response!

China News Service, Beijing, March 22 (Reporter Yuan Xiuyue) On the 21st, 31 provinces added 2,338 local confirmed cases and 2,313 new local asymptomatic infections. The epidemic situation affects everyone's hearts.   How has the epidemic situation in my country changed in the past few days? What adjustments should be made to the epidemic prevention and control policy? Why should the dynamic cl 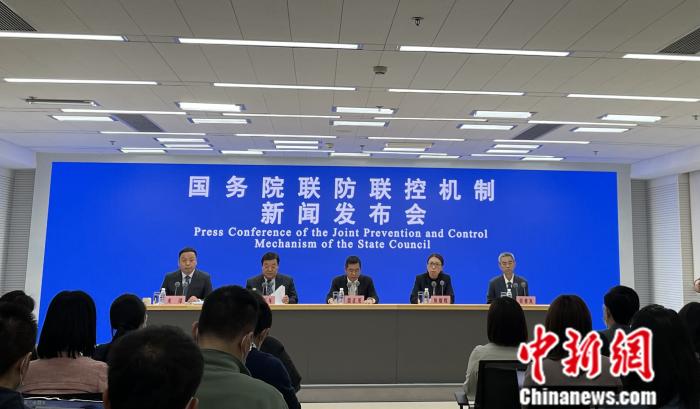 How has the epidemic situation in my country changed in the past few days?

What adjustments should be made to the epidemic prevention and control policy?

On the 22nd, the Joint Prevention and Control Mechanism of the State Council held a press conference to answer the relevant situation of epidemic prevention and control.

Mi Feng, a spokesman for the National Health Commission, said that at present, the number of newly infected people in the country is still increasing rapidly, and the situation of epidemic prevention and control is still severe and complicated.

Recently, Comrade Bai Xiaohui, deputy director of the Clinical Medical Laboratory Department of Shandong Provincial Hospital and leader of the Shandong Provincial Nucleic Acid Testing Team Supporting Weihai, passed away due to a sudden illness, which was heartbreaking.

The epidemic situation in Jilin Province is at a high stage of development. From March 1 to 21, a total of more than 22,000 infected people have been reported. Since March 14, the number of new infections each day has exceeded 1,000 for 8 consecutive days. The epidemic is mainly concentrated in Jilin City and In Changchun City, the risk of social transmission in the two cities still exists.

Why continue to adhere to the dynamic clearing policy?

As for why we should continue to adhere to the dynamic clearing policy, Liang Wannian, head of the expert group of the National Health Commission's Epidemic Response and Disposal Leading Group, responded:

First, the new crown pneumonia epidemic is still in the pandemic period, and it still constitutes a public health emergency of global concern. Especially in some countries and regions around my country, the epidemic situation is still in the rising stage, and the pressure of foreign defense import still exists; The local area has shown a situation of multiple, wide-ranging and frequent epidemics, and domestic non-proliferation is also an important task.

Second, from the perspective of the harm of the Omicron variant, the relative morbidity rate of delta virus, especially the severe and lethal rate, has decreased, but the transmission power is very strong, and this strong transmission power makes the number of infected people The base is very large, and a large number of infected people multiplied by its morbidity or fatality rate will form an absolutely large number of severely ill groups, or even dead groups.

The third is that my country has the foundation and conditions for "dynamic clearing", and is more capable, and the prevention and control over the past few years has proved that the implementation of "dynamic clearing" is an effective practice and experience in China, which is also in line with China's actual situation.

Liang Wannian said that there are currently three misunderstandings about the epidemic that are often ignored by people.

One is that the Omicron variant is considered mild, and some people call it the big flu.

Second, some countries in the world have relaxed or even lied down, thinking that they have done it, and we should follow suit.

Third, everyone often overlooks that the mutation of the new coronary pneumonia virus is a very important feature, and no one can guarantee that the Omicron strain is the last mutant strain.

He pointed out that it cannot be said that Omicron is a big flu now, and it is still harmful, especially for the huge 1.4 billion population.

At the same time, the concept of China's epidemic prevention and control is to strive to defeat the disease and reduce infection through active immunization and improvement of capacity.

In the previous rounds, the total number of infected people in my country was very small, which also balanced the epidemic prevention and control and social and economic development.

If you choose to lie flat, you must be in vain.

Regarding the centralized treatment of light and asymptomatic patients, Jiao Yahui, director of the National Health and Health Commission's Medical Administration and Medical Administration Bureau, said that the comprehensive group of the joint prevention and control mechanism of the State Council requires provinces to build or come up with construction plans according to the situation of the epidemic to ensure that each province can There are at least 2-3 makeshift hospitals.

These makeshift hospitals are mainly concentrated in Jilin, Shandong, Yunnan, Hebei, Fujian, Liaoning and other places.

Judging from the treatment effect, these Fangcang shelter hospitals that have been built have played a very good role in quickly treating asymptomatic infected persons and mild patients in the process of epidemic disposal.

At the same time, it also effectively relieves the tension of local medical resources and the pressure to ensure normal medical service needs.

Wu Zunyou, chief epidemiologist at the Chinese Center for Disease Control and Prevention, said that in the past two years of new crown prevention and control, it has been found that the new crown virus may be transmitted through "human-to-human transmission", but it is not the main mode of transmission of the epidemic.

This pathway can be cut off simply and effectively by hand washing.