Over 29,000 reported infections since March

China News Service, Beijing, March 19 (Reporter Yuan Xiuyue) What changes have occurred in the current local epidemic situation in my country? Why did Jilin have two deaths? Do existing vaccines still work? What are the difficulties in this round of epidemic prevention and control?   On the 19th, the Joint Prevention and Control Mechanism of the State Council held a press conference to respond 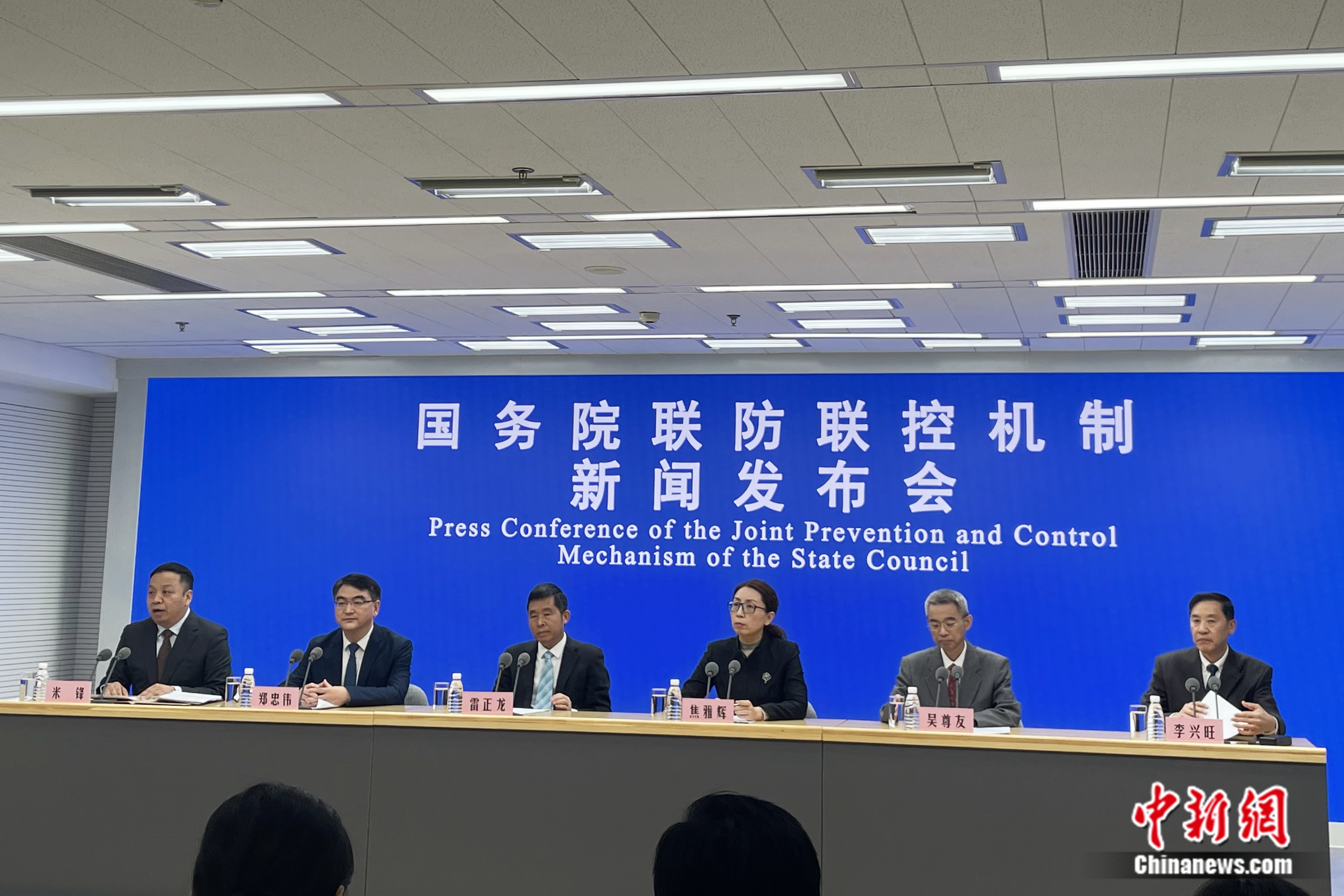 Why did Jilin have two deaths?

What are the difficulties in this round of epidemic prevention and control?

On the 19th, the Joint Prevention and Control Mechanism of the State Council held a press conference to respond to current public concerns.

The press conference of the Joint Prevention and Control Mechanism of the State Council.

my country has reported over 29,000 cases of infection in this round of epidemic

Lei Zhenglong, deputy director and first-level inspector of the National Health Commission's Bureau of Disease Control and Prevention, said that the current fourth wave of the new crown epidemic in the world is still running at a high level. From March 1 to 18, my country has reported more than 29,000 new crown pneumonia infections. For example, 28 provinces have been affected, of which one province in Jilin Province has reported more than 10,000 cases.

Overall, the local epidemic situation in my country is still in the developing stage, and many provinces are facing the prevention and control of the Omicron epidemic in many cities and cities at the same time.

Resolutely put an end to the thought of "relieve, rest, wait and see"

Mi Feng, a spokesman for the National Health Commission, said that in the past week, new confirmed cases of new coronary pneumonia worldwide have rebounded again, of which more than 40% are concentrated in my country's neighboring countries and regions, and the pressure of foreign defense imports continues to increase.

He said that epidemic prevention and control is the greatest of the country.

It is necessary to maintain strategic concentration, resolutely put an end to the thought of "relax, rest, wait and see", do not be paralyzed, do not tire of fighting, do not get lucky, do not relax, persistence is victory.

It is necessary to implement the existing prevention and control measures earlier, faster, more strictly, and more effectively, speed up nucleic acid screening, flow investigation and regional investigation, strictly prevent the spillover and spread of the epidemic, and effectively control the local cluster epidemic as soon as possible.

Why did Jilin have 2 deaths?

On March 18, 2 new local deaths were reported in Jilin Province.

In this regard, Jiao Yahui, director of the Medical Administration and Hospital Administration Bureau of the National Health and Health Commission, said that one of the two deaths was elderly, and the other was older than 60 years old, both of whom had serious underlying diseases, and one of them did not. Get vaccinated against COVID-19.

Their new coronary pneumonia disease itself is not serious, it is mild, and the direct cause of death is the underlying disease.

In addition, she introduced that as of 24:00 on March 18, the total number of infected people in hospitals nationwide was 29,127.

From the perspective of the disease, mild and asymptomatic infections are the main ones, accounting for more than 95%.

Some of them are due to advanced age, combined with underlying diseases, or not vaccinated, and some are more seriously ill, but the proportion is not large, and the severe and critical types account for less than 0.1%.

Zheng Zhongwei, head of the vaccine research and development team of the scientific research team and director of the Science and Technology Development Center of the National Health and Health Commission, said that recent studies at home and abroad have shown that although the Omicron variant is seen, the risk of vaccinating people breaking through infection is increasing. , but now research shows that the Omicron variant does not completely escape existing vaccines.

If the full vaccination of the vaccine is completed, the risk of hospitalization, severe illness and death caused by the Omicron variant can still be effectively reduced.

If a booster vaccination is carried out, it can also effectively reduce the risk of breakthrough infection caused by the Omicron variant.

For example, inactivated vaccines have been developed for monovalent, Delta + Omicron bivalent, and prototype strain + Delta + Omicron trivalent vaccines, and preclinical research has been basically completed, and has been Production validated.

The recombinant protein vaccine has also carried out the research and development of the Alpha + Beta + Delta + Omicron quadrivalent vaccine, and is applying for overseas clinical trials.

Adenovirus vector vaccines have also been optimized for the preparation of vaccine strains, and preclinical studies are being carried out.

In addition, some of the previous vaccines have also obtained some protection data against the Omicron variant during the phase III clinical sequential study currently being carried out overseas.

Where are the current difficulties in prevention and control?

Wu Zunyou, chief epidemiologist at the Chinese Center for Disease Control and Prevention, said that the difficulty of the current prevention and control work lies in how to detect all the infected people in time.

One is "timely", we must catch the virus before it spreads.

He pointed out that there are also some new technologies to help find infected people.

One is the application of big data.

Wu Zunyou said that when carrying out all-staff testing in a certain local area, it must be completed in a short time, preferably 1-3 days to complete a round of testing, and it must be done quickly.

If we can screen all staff in a timely manner, generally speaking, 3-4 rounds of nucleic acid screening can basically achieve zero cases at the social level, and we must pay attention to prevent omissions.

If there are omissions in each round, there may be 7, 8 or 8-10 rounds of infection and the discovery of social-level infections, so it is very important to be timely, fast, and comprehensive.

Covid-19 is unlikely to go away anytime soon

Wu Zunyou said that judging from the epidemic situation of the new crown for more than two years, it is impossible for the new crown pneumonia to disappear in a short time, so our fight against the new crown will be long-term.

He said that people's mentality is very powerful. If we adjust our expectations and mentality in time, we can still adapt to the long-term nature of the new crown epidemic and the life changes that we need to take long-term daily prevention and control measures.

"We believe that with the advancement of science, mankind will eventually defeat the new crown pneumonia." He said.