There is a chat｜Tan Jianci: Transformation can’t be rushed, and it can’t be forced

China News Service, Beijing, March 18 (Liu Yue) The suspense and detective drama "Hunting Crime Guide" recently ended. The play tells the story of Shen Yi, a simulated portrait artist who had a grudge against an old case, and Du Cheng, the captain of the criminal police, who were forced to partner by chance.   Tan Jianci, who plays "Shen Yi", has made a lot of "criminal investigation fans" with 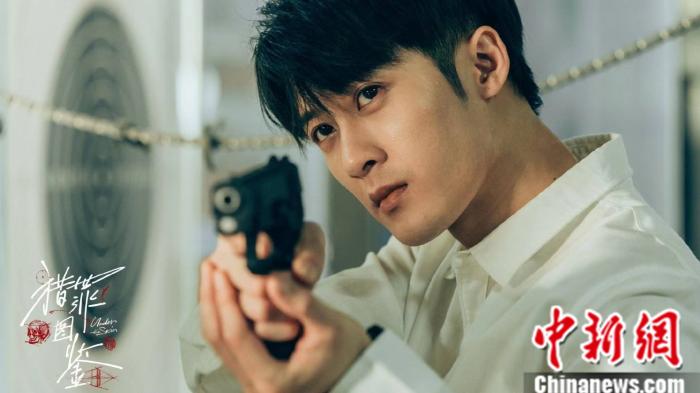 The play tells the story of Shen Yi, a simulated portrait artist who had a grudge against an old case, and Du Cheng, the captain of the criminal police, who were forced to partner by chance.

Tan Jianci, who plays "Shen Yi", has made a lot of "criminal investigation fans" with his acting skills.

Shen Yi, a talented painter who can "paint at the age of three", was accidentally involved in a murder case seven years ago, and his paintings indirectly became a tool for criminals.

In order to make up for the mistakes he made accidentally, he resolutely chose to enter the police station and become a simulated portrait artist who assists in solving cases.

In Tan Jianci's view, gentleness, arrogance, and mystery are the three primary colors that make up the personality of "Shen Yi", "Gentleness is the outside, arrogance is the inside, the two combine to form a mysterious him. Shen Yi in his youth was actually a person who lived in himself. The man of the world has only himself and his paintings in his world."

From writing at will to using painting as a gun, the long years have allowed Shen Yi to smooth out the edges and corners, learn to pretend, and gradually open up his heart in getting along with his partner Du Cheng. Tan Jianci summed up this process as "repair and growth". After that incident, he spent 7 years repairing himself, adjusting himself, and disguising himself, which is actually a kind of growth."

Shen Yi and Du Cheng in the play moved from conflict to complementarity, while Tan Jianci and Jin Shijia also experienced the process of running in with each other.

Checking materials, overcoming fear of heights, and comprehending difficult lines, in order to show the character arc of "Simulation Portrait Artist Shen Yi", Tan Jianci also practiced the pen-holding posture and the state of painting for the characters. The audience thought differently, "Every criminal in "The Hunt for Crime" has a cause and effect. I think the main point of this show is to make the world full of love."

Tan Jianci revealed that the network security drama "Are You Safe" starring him is expected to meet you this year, and the next work is already in preparation.

Talking about the goals on the road of acting in the future, he said frankly, "I hope that I can make more good stories, good works, and good characters, and bring strength, warmth and love to the audience."

Chinanews.com: What kind of role is "Shen Yi" in your heart?

Gentleness is on the outside, arrogance is on the inside, the two combine to create a mysterious look.

In his youth, Shen Yi was actually a person who lived in his own world. He would go to an abandoned and rotten building to paint, and he didn't like to deal with people.

In his world there is only himself and his paintings.

Later, he slowly began to care about the people around him, began to gain insight into people's hearts, and learned to carve people's hearts. This is actually a kind of growth.

Chinanews.com: How to approach the profession of "simulation portraitist" in performance?

In fact, my perception of portrait artist is the same as that of most audiences today, and I feel that this profession is very unfamiliar.

After deciding to act, I collected various materials, including books related to portrait artists, some real cases, and so on.

Then I found out that this is such a great, powerful and magical profession, it has become a "rare animal" in the police, and it is very precious in China and the world.

The biggest challenge for me as an analog portrait artist is drawing.

At that time, the crew invited a very good portrait artist to come and teach me.

I designed some small details. For example, when Shen Yi reached the climax, he would start to draw with both hands at the same time, he would hold several pens in one hand, and he would hold a spoon and all the things we can see in life. Painting, these small details will make the characters more vivid.

Chinanews.com: What do you think of the relationship between Shen Yi and Du Cheng?

It wasn't that Shen Yi didn't like Du Cheng at first, but he didn't take Du Cheng seriously at all.

He felt that I was just here to make up for a mistake at that time. As for what Du Cheng thinks of me, it doesn't matter to me.

Then in the process of cooperation, he slowly discovered the advantages of Du Cheng and the commonalities of the two of them, and began to feel that this person turned out to be a good policeman and a good person.

At the same time, Du Cheng also discovered that Shen Yi had too many things on his shoulders that he could not shoulder.

This is a process of mutual trust. Everyone needs to run in, and trust will be born after running in. Trust is more important than anything else.

China News Service: What is the relationship between the two actors on the set?

: The way we get along in reality is not quite the same as in the show.

We like hip-hop and slapstick in life, and we get along very well.

Because he was older than me, at first I didn't feel too embarrassed to talk to him, and he didn't talk to me very much. Later, because of some little things, the two of them chatted together, and then the relationship was over. Getting better and better.

In the process of filming, there are often some very interesting things, which are basically the scenes between me and Jia brother, and sometimes we will laugh when we are acting.

Chinanews.com: As you are both a member of the MIC boy group and an actor, what do you think about the transformation?

Don't be in a hurry to transform, because if you keep the word transformation in your heart forever, it's too purposeful.

Transformation requires substantive work and requires the audience to slowly accept what you present.

It's not that you said that I want to transform today, but I announced that I have transformed. From now on, I will be in this line of work and not in that line of work, and you will succeed in the transformation.

I think this is very deliberate and unnecessary. The transformation requires a process, time, and everyone needs to accept it slowly.

Chinanews.com: What is your life goal on the road of acting?

You can see that in the "Guild of Hunting Crime", there is a cause and effect behind every criminal. Why does he commit a crime?

It may be that we have lost some love and attention to this type of people in our lives, or unintentionally deprived them of something.

I think the purpose of this show is to make the world full of love, not to commit crimes, and not to hurt others.

I hope I can shoot more good stories, good works, and good characters.

In the future, I still want to try emotional themes, not about love, but stories that can bring strength, warmth, and love to the audience. I hope I can play such a role.

In terms of awards, I think it's hard to come by.

I will work hard in the direction I just said, and I will naturally be happy if I can get the award. If I don’t get it, I will continue to work hard.