European Cups: OL the only survivor in the Europa League, OM last standing in C4

Although held in check on their lawn by FC Porto, Lyon is the only hexagonal representative qualified for the quarter-finals of the Europa League after the elimination of AS Monaco by Braga, four ... 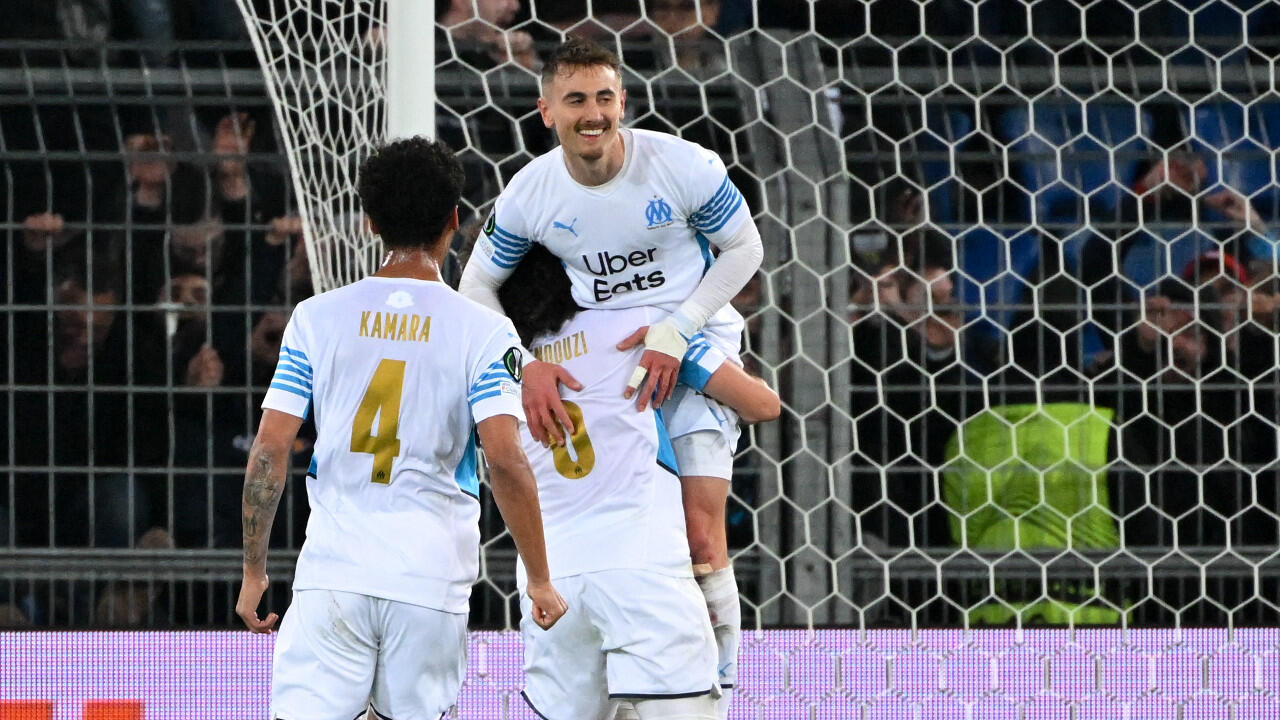 Monaco and Rennes say stop, Lyon and OM again: the knockout stages of the Europa League and the brand new Europa League Conference were fatal to half of the French clubs on Thursday.

OL held off Porto (1-1) and retained the advantage of their success with the Dragons (1-0) to qualify for the C3 quarter-finals where they could find Barcelona or Atalanta.

Lyon is the last hexagonal representative in the Europa League after ASM lost 1-1 against Braga, 4th in the Portuguese championship and winner 2-0 in the first leg.

Peter Bosz's men did not give in to a stifling end to the game.

Similarly, OM will be the only French club in the quarter-finals of a C4 offering some big names like AS Rome or Leicester, who beat Rennes, despite a 2-1 success for the Bretons.

At the Louis II stadium, despite the 2-0 conceded in the first leg, Philippe Clement believed "possible to make this 'montada'".

The handball of his goalkeeper Alexander Nübel on a shot certainly blocked but distant from Abel Ruiz (20th) very quickly thwarted these hopes.

The Belgian coach, who arrived in January on the Rock, is going through a bad patch: the Principality club has won only one of its last eight matches.

Under and Rongier release OM

In the new continental tournament launched this season, the "third" European Cup that is the Europa League Conference, Marseille ended up overcoming Basel with the same score as the first leg (2-1).

The penalty obtained then missed by Amine Harit, (38th) at first looked like a bad turn.

But the Marseillais quickly equalized after the opener of the former Niçois Dan Ndoye (63rd), thanks to the Turkish Cengiz Under impeccable at the finish (74th).

Then a flat foot from Valentin Rongier, served back at the entrance to the surface by Matteo Guendouzi, definitively delivered Jorge Sampaoli (90th +2).

At Roazhon Park, deliverance never came even if Rennes believed in it until the end of more than six minutes of added time.

In line with the demonstration in Lyon last Sunday in Ligue 1 (4-2), Benjamin Bourigeaud ignited the match against Leicester, champion of England 2016, by kicking down a cross from Martin Terrier (9th) .

A goal from Flavien Tait (76th) responded to the equalizer from a corner (51st) by French defender of the Foxes, Wesley Fofana, who returned to competition seven months after his broken tibia.

In the last twenty boiling minutes, the Red and Blacks, stumbling over Kasper Schmeichel (85th), failed to snatch extra time.

In this unsurprising eighth return, Barcelona prepared in the best way for the Clasico against Real Madrid on Sunday by winning at Galatasaray (2-1) thanks to two goals from Pedri and Pierre-Emerick Aubameyang - the 7th since arriving in Catalonia this winter.

And Atalanta, already victorious 3-2 in the first leg in Lombardy, won in extremis in Leverkusen (1-0) thanks to a tumble from Jérémie Boga who concluded closely (90th).