China News Service, Nanjing, March 18th: "Inspirational Cerebral Palsy Teenager" will pass on Lei Feng's spirit from being assisted to helping others   Author Jiang Chen Zhang Wenjing   At the beginning of the new semester, for the past few days, in the grade group of the School of Foreign Languages ​​of China Pharmaceutical University, a copy of "Basic Chemistry Review Collection" has been co 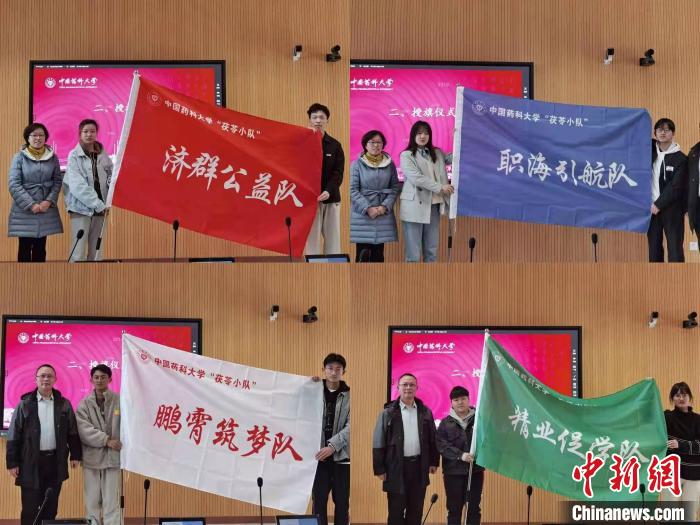 At the beginning of the new semester, for the past few days, in the grade group of the School of Foreign Languages ​​of China Pharmaceutical University, a copy of "Basic Chemistry Review Collection" has been collected by students.

This more than 60 pages of review notes was like a timely rain, which was sent to the hearts of the students.

Also "collected" by everyone is the main author of this note - "Inspirational Cerebral Palsy Teenager" Yao Junpeng.

In the summer of 2020, the inspirational story of "Yao Junpeng, a teenager with cerebral palsy, achieved his dream of China Pharmaceutical University with a score of 623 in the college entrance examination" touched netizens across the country.

In the past two years, this special college student has quickly adapted to college life with the care and help of all sectors of society, teachers and students of the whole school.

Today, his academic performance is at the top of his class.

With gratitude in his heart, he began to help others as much as he could, pass on warmth, and became a "Lei Feng in a wheelchair".

vote for me with peach, repay with Qiongyao

Yao Junpeng's university life began with stumbling and stumbling. He was imprisoned in a wheelchair and had difficulty moving, and his oral English learning also encountered considerable resistance.

Fortunately, the school renovated the barrier-free dormitory for him; the teachers of the college formulated a personalized learning plan for him; the students spontaneously set up a "Poria Team" to take care of his study and life.

Yao Junpeng also lived up to expectations. With his unremitting efforts, he won the top 5% of his major in his freshman year.

There are many liberal arts students majoring in English, and many students feel pressure when studying chemistry and pharmacy courses.

Yao Junpeng said: "Now it's my turn to help them." Yao Junpeng was a science student in high school with good grades in chemistry.

Soon, he formed a team with several other "science masters" in his grade, starting from the entry-level "Basics of Chemistry", and helping the surrounding students to overcome the difficulties in chemistry step by step.

After a holiday of hard work, the "Basic Chemistry Review Collection" has finally been finalized, with a thick stack of notes that are detailed, clear and well-organized with pictures and texts.

Thanks for the wind, and the love to the pen

"Basic Chemistry Review Collection" has been affirmed and encouraged, and Yao Junpeng is more motivated.

He firmly believes that he can repay all those who have helped him with practical actions and realize greater life value.

Therefore, Yao Junpeng took the initiative to solve many programming and software operation problems for the students by taking advantage of his computer expertise.

Due to his limited mobility, he was unable to participate in some campus activities, but from the perspective of an observer, he recorded the life on campus and wrote nearly 30 news articles about various activities.

He also served as the "Peng Xiaobian" of the college's WeChat public account, typesetting and pushing various articles of more than 20,000 words.

In 2021, Yao Junpeng participated in the campus popular science competition and won the special prize and a bonus of 200 yuan.

Soon after, there was a serious flood disaster in Henan. After Yao Junpeng learned about it, he donated all the prize money to the disaster area without hesitation.

There are also sparks, and the prairie fire has become

Nowadays, more and more students spontaneously join the "Poria Squad", and the volunteer service team continues to grow and develop.

A few days ago, the "Poria Squad" volunteer service team of China Pharmaceutical University held a flag-giving ceremony. This team, which was originally founded to take care of Yao Junpeng, became a voluntary service organization serving the students of the whole school.

In middle school, Yao Junpeng once wrote in his poem: "I finally flew clumsily, with a new loneliness on my body." Today's Yao Junpeng, with the help of the "Poria Squad", has also gained the friendship of his classmates, which is long gone. alone.

"Those who move forward can become fiery sparks, and ordinary people can also cast a starlight for others. When we are close to the light source, we can also become light." Wang He, a sophomore student of the School of Foreign Languages ​​of the school Say.