As the Russian offensive in Ukraine is about to enter its third week, there is another war between the two countries, that of information. In Russia, a law passed just after the start… 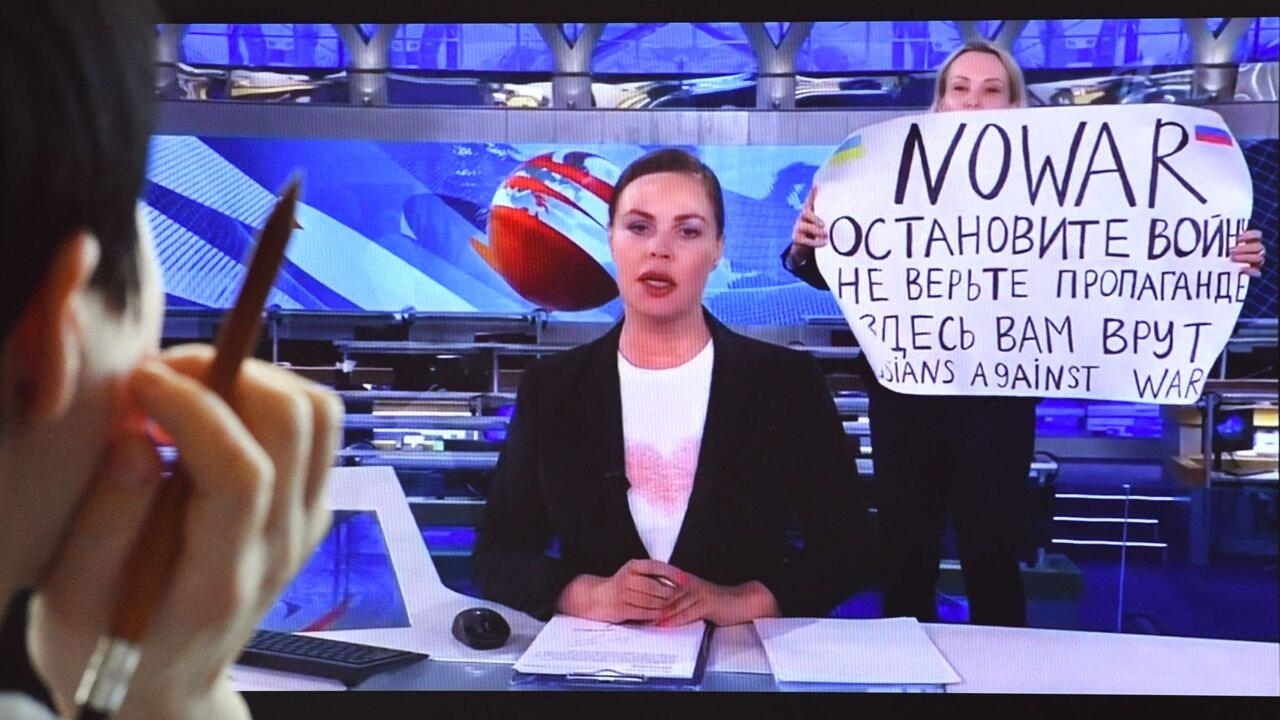 Independent journalists, collateral victims of the Russian invasion in Ukraine

Marina Ovsyannikova, an employee of the Russian television channel Pervi Kanal, burst into the news holding up a sign on which it was written: “No to war.

You are being lied to here."

As the Russian offensive in Ukraine is about to enter its third week, there is another war between the two countries, that of information.

In Russia, a law adopted just after the start of the offensive, on March 4, criminalizes the dissemination of information deemed "non-compliant" by Moscow about the Russian invasion of Ukraine.

This measure, which targets the country's independent journalists, has forced dozens of them to urgently flee their homeland.

Some have stopped over in Turkey, from where they hope to reach Europe to continue working.

In Istanbul, Anne Andlauer met two of these journalists in exile.

Reality of the fighting, number of dead on the Russian side, this is all that Moscow wants to conceal at all costs from its population, leaving free rein to large-scale disinformation.

In this completely muzzled media field, are there people left in Russia who dare to disseminate independent information?

The unprecedented wave of solidarity shown by the neighboring countries of Ukraine and all of Europe is also reflected in the media!

Poland, on the front line in welcoming refugees fleeing the war in Ukraine, with more than 1.7 million people arriving in recent days, has also adapted its media offer.

Some newspapers have, for example, decided to launch Ukrainian-language editions, as a sign of solidarity,

There is another country that feels particularly close to Ukraine since the beginning of the Russian offensive: Finland.

Because the history of this small neighboring country which resists Moscow, to defend its lands, is also theirs.

In the province of Karelia, near the Russian border, residents remember as if it were yesterday the Soviet Union's invasion of Finland on November 30, 1939, a few months after the start of World War II.

And for many, this new war is rekindling wounds.

After the annexation of Crimea in 2014, and the intervention in Syria in 2015, this is the third military operation he has led for Vladimir Putin.

Valeri Guerrassimov, 66, has been the chief of staff of the Russian army since 2012, and it is he who is on the maneuver in Ukraine.

Considered a faithful of the Russian president, he applies the orders from the Kremlin without qualms even if he comes up against unexpected resistance from the Ukrainians.

The Portrait of Valeri Guerassimov signed

Valeri Guerassimov, the Russian Chief of Staff in the face of Ukrainian resistance

Russia Today banned from broadcasting: a sanction like no other