French press review - In the spotlight: the war spreads to western Ukraine

French press review In the spotlight: the war spreads to western Ukraine Audio 04:36 Buildings bombed at the Yavoriv military base, not far from the Polish border, on March 13. @BackAndAlive via REUTERS - @BACKANDALIVE By: Frédéric Couteau Follow 4 mins Advertising “ This is one of the deadliest Russian attacks since the start of the war in Ukraine, points out Liberation. And the most danger 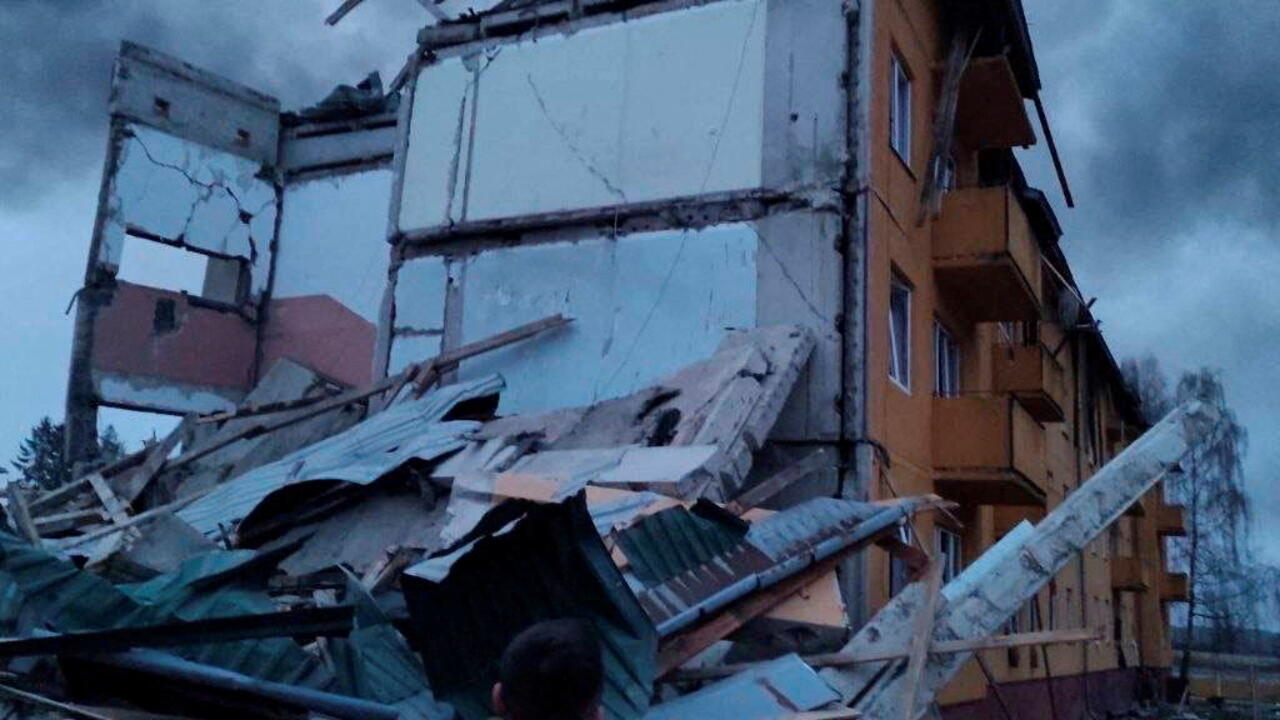 In the spotlight: the war spreads to western Ukraine

Buildings bombed at the Yavoriv military base, not far from the Polish border, on March 13.

This is one of the deadliest Russian attacks since the start of the war in Ukraine,

And the most dangerously close to the borders of the European Union and NATO.

During the night from Saturday to Sunday, a salvo of more than 30 missiles targeted the Yavoriv military base, in the far west of Ukraine and less than twenty kilometers from Poland.

If a party could be shot down by the anti-aircraft defenses, a dozen machines reached their target, causing at least 35 dead and 134 wounded.

Russia, for its part, claims to have

"up to 180 foreign mercenaries and a large quantity of foreign weapons",

without this figure being able to be verified.

Never had war come so close,

Nouvelles d'Alsace, "never before had the countries of the European Union felt its burning breath to such an extent

a new threat: that of the extension of the conflict on the territory of NATO.

It was the great fear of border populations: that, by accident or provocation, to test the determination of Westerners, a missile comes crashing down on their soil and precipitates the world into an armed war that it does not want to wage. .

Today, this risk is no longer just theoretical.

For the Alsatian daily, there is no hesitation: "

the United States and their allies must warn - and above all convince - the Russian President that any incursion into one of the Alliance's territories will be considered an aggression and that, in accordance with Article 5, he will provoke an immediate armed response since that is the only language he understands.

A Russia transformed into North Korea?

While Ukraine resists despite the relentlessness of the assailant, Putin's Russia stiffens and isolates itself more and more

Overwhelming organs of the media feeding the idea of ​​a vast Western conspiracy, of an alleged anti-Russian xenophobia.

And then, vis-à-vis the West, the Kremlin agitates the nuclear threat to recall the status of Russia and its venom.

Here he is promised to the cousinhood of Kim Jong-un.

Putin before the ICC?

Will Putin answer for his actions?

The International Criminal Court has opened an investigation into possible war crimes committed in Ukraine by Russia.

, it is clear: attacks on hospitals, bombardments of civilians.

We are falling into a

This choice of Vladimir Putin makes him a war criminal.

Because all blows are not allowed in an armed conflict.

, by Patrick Baudouin, criminal lawyer and honorary president of the International Federation for Human Rights: "

Vladimir Putin is the greatest war criminal of the moment: he is the authority who ordered and planned this war, and he alone.

All the difficulty would be to arrest him and transfer him from the Kremlin to The Hague, or to obtain this transfer of a new Russian power if he were overthrown, or if a country where he would go agrees to question him. — we have seen it with other heads of state, such as the Sudanese Omar el-Béchir.

Also on the front page, this funny electoral campaign in France… “

A campaign in the shadow of war

The Ukrainian conflict has profoundly shaken up the themes of the presidential election and limited the media presence of the candidates, to the benefit of an outgoing president more favorite than ever

This evening, points out

the eight main candidates will parade on TF1.

But without exchanging, confronting, or even crossing, according to the wishes of Emmanuel Macron.

No candidate has considered renouncing to participate.

But this promise of

does not erase the unease within the various campaign teams

-made program ” for the outgoing president.