This is the best (and most expensive) presidential suite in Spain: 22,000 euros per night

"No one has seen her yet", say those responsible for the Rosewood Villa Magna, as we go up to the ninth floor of the five-star hotel on Paseo de la Castellana.... 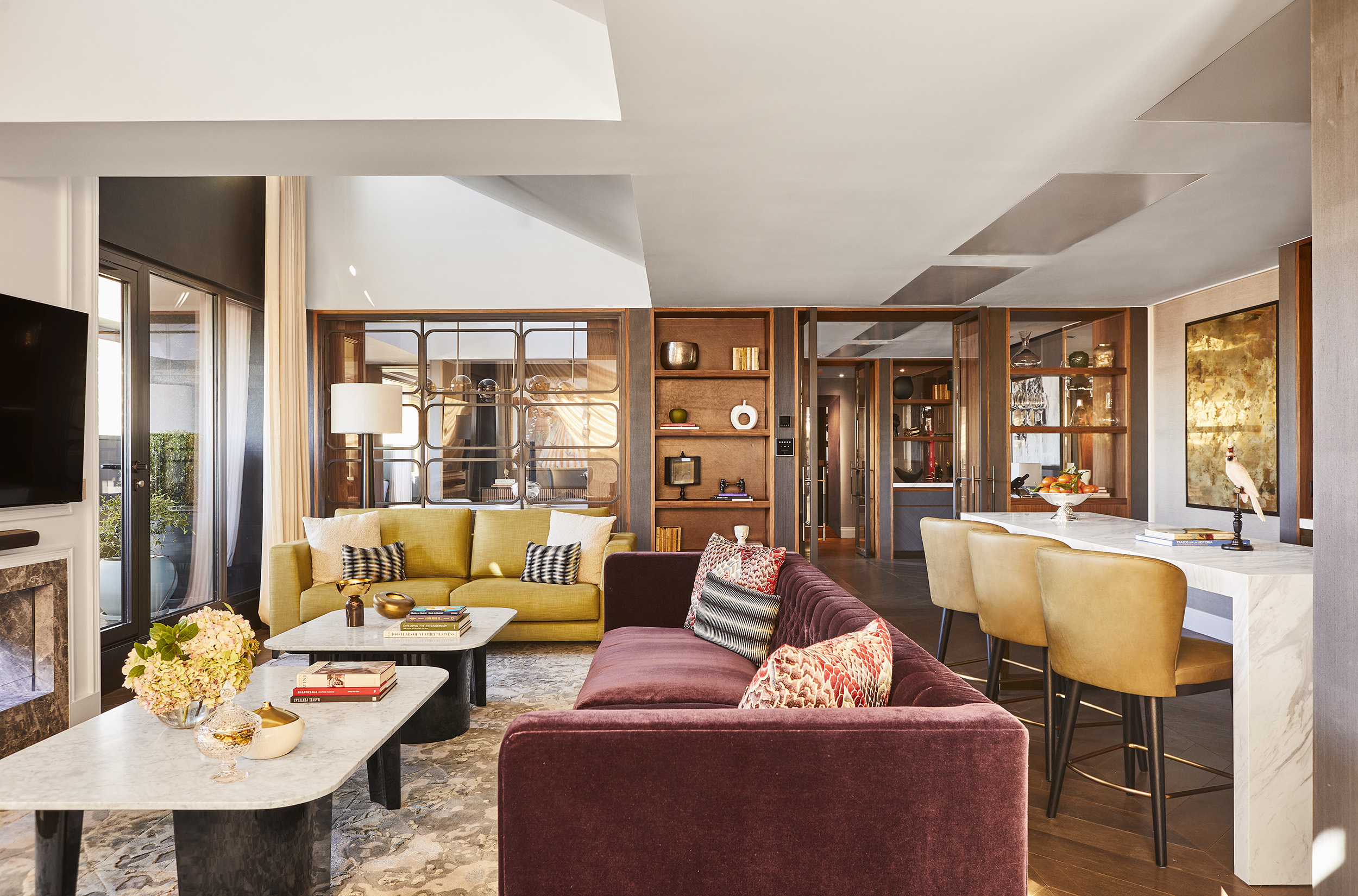 "No one has seen her yet," say those responsible for the Rosewood Villa Magna, as we go up to the ninth floor of the five-star hotel on Paseo de la Castellana.

We are about to discover the "best presidential suite in the capital", available for a price of

It is the fanciest version of ultra-luxury that the Hong Kong hospitality group has been deploying since last fall in the iconic Madrid hotel.

Although it seems excessive,

"there is a market for it".

There has always been.

Members of the royal houses have paraded here, the cream of the Ibex, Madonna, Michael Jackson and a long list of celebrities in all languages.

The echoes and excesses of some of the parties on the top floor of the Villa Magna still sound.

But it has rained and it rains in Madrid.

No VIP or member of her

would recognize, however, the one that in 2022 is called Anglada House and competes in the

Main hall of the Anglada House.

At 4,000 square feet, the hotel's new largest suite is a far cry from a conventional room.

including neighboring beauties such as the Sierra de Guadarrama.

The jewel in the crown drinks from the sky of the Villa and Court.

The most radical change signed by BAR Studio, the designers who have transformed the interior of the Villa Magna into its

windows through which natural light enters in abundance.

The space has two bedrooms with splendid dressing rooms, a private study, three bathrooms and a leisure area with a living room, dining room and kitchen connected to the service area.

The interior designers have taken as inspiration the essence of the old Anglada Palace.

This 19th-century building occupied number 22 Paseo de la Castellana until it was demolished in 1960 to build the Villa Magna.

But beyond the name, each of the rooms is full of

references : furniture by Monteni&C and Minotti, hand-woven rugs by Golran and lamps by Baccarat, such as the one that presides over the bathroom with marble in different shades, golden taps by Armani Roca and that Durian-free bathtub where it is easy to imagine splashing with views of the rooftops of Madrid.

The luxurious bathroom, also with views.

Although the 160-square-meter terrace

it is definitely the winning space.

Between when spring comes and goes, the guest can light the gas fireplace or sit here or there in this urban garden that encourages to put the 'holiday mode'.

There is a barbecue, why not, to enjoy dinner, the recena, whatever comes up.

"There are no limits," underlines Laura del Pozo, the hotel's communications director.

"The strangest thing for us is day to day. This hotel is used to

all kinds of requests

. Although you would be surprised. What most of these clients are looking for is to be at home. We receive

but also many completely anonymous businessmen" .

The terrace overlooking the Castellana.

Although in the gossips of the capital much has been said about the revelry on the top floor of the Villa Magna.

The former royal suite had a popular piano that many a nostalgic sought after at the furniture auction held at the hotel before its reopening as Rosewood.

Too bad it wasn't in any lot.

"On the ninth they celebrated good parties," confirms Manuel Pizarro, who has worked

"I always imagined that they had a great time," he adds with a wink.

started as a bellhop when he was just a kid.

"I remember I hadn't been here 15 days when actor

came through the door . I was impressed."

Years later he would meet the

ride the elevator with

"Though then he went down to the sidewalk himself to meet them."

The Villa Magna has two aces up its sleeve when it comes to guests from the world of entertainment.

and separated from the street or, what is the same, guarantee that there will not be a fan or a camera too close.

The other is a person designated only to

attend to the "talents"

, in the jargon of the hotel.

"They are with the artist from the moment he arrives until he leaves, even sleeping in the hotel. That way he doesn't have to repeat his requests," explains Laura.

How many nights the Anglada Suite will be occupied does not seem to concern anyone.

"The demand is much higher than you imagine."

FiestasCarnival is back: from the pelele manteo to dances with DJs and potato omelette contests

SnowTurkey, one of the best places in the world for winter sports

GetawayBudapest: why it is the best destination in Europe to travel