A female white rhinoceros born in England has been named "Queeni" on the occasion of the platinum jubilee of Queen Elizabeth II, which this year celebrates the 70th anniversary of her sitting.The director of the wildlife park in which the rhino was born in Cotswold, southern England, explained 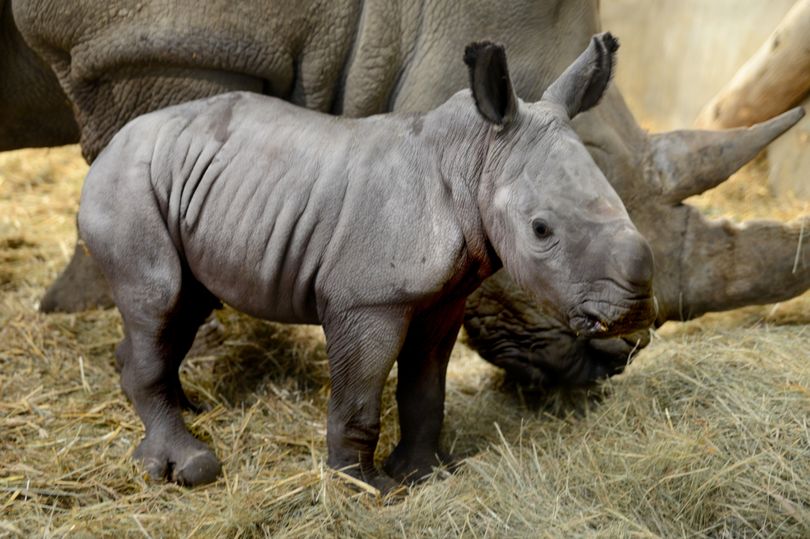 A female white rhinoceros born in England was given the name "Queenie" on the occasion of the platinum jubilee of Queen Elizabeth II, which celebrates this year the seventieth anniversary of her enthronement.

"All rhinos are given special personal names," said the director of the wildlife park where the rhino was born in Cotswold, southern England.

"I think everyone would agree that 2022 will always be special because it marks the platinum jubilee of Queen Elizabeth," he added.

"I found it a bit pretentious to give our newborn the name Elizabeth, so I called her Queenie instead," a derivation from the English word "queen" which means "queen," he said.

According to the British newspaper "The Daily Star", the modern white rhino is the fifth in the United Kingdom during the past twelve months, and ranks only fifteenth among all European zoos.

The zoo allows visitors to see the newborn every day from 10 am in the solar-powered rhino house or the large rhino field overlooking the house of the king of the jungle.

The platinum jubilee program of the Queen's accession to the British throne witnessed four-day celebrations between the second of June, which coincides with her inauguration in 1953, and the fifth of it, including a military parade, a large concert and thousands of popular feasts.

Queenie joined a plate of chicken, cake, ships, trains and a number of buildings named in honor of the Queen.

In 2018, the zoo in Blackpool (England's west coast) announced that it had named a young camel "Louis", after the Queen's grandson, Prince William and his wife Kate, born the same day.