BTS's concert in Korea after 864 days... The scene of 'Cheering Fan Battle'

BTS held a face-to-face concert in Korea for the first time in two and a half years. Although shouting from the audience was prohibited, the atmosphere at the scene was hot with just applause and cheering tools. Reporter Kim Soo-hyun, specialized in culture and art, visited. 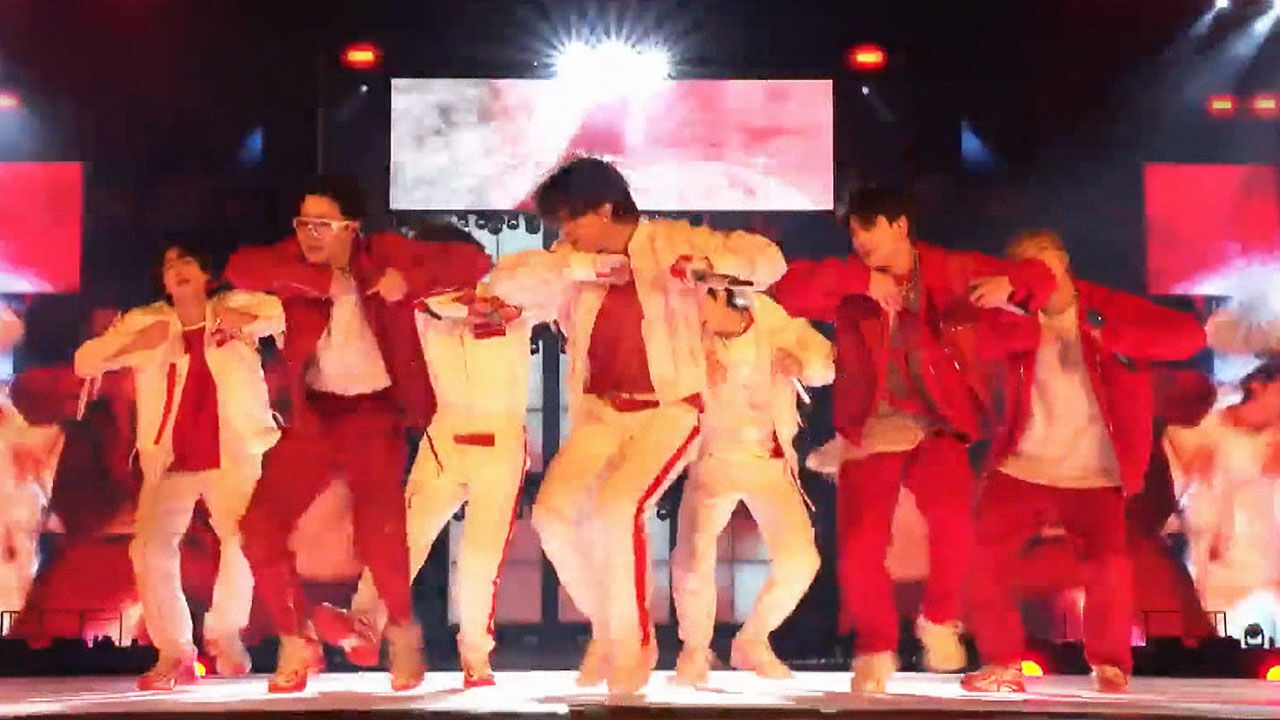 BTS held a face-to-face concert in Korea for the first time in two and a half years.

Although shouting from the audience was prohibited, the atmosphere at the scene was hot with just applause and cheering tools.

Due to Corona 19, face-to-face performances were canceled one after another, and BTS and ARMY, who had relieved their disappointment with online performances, finally met at a Korean concert hall.

[V: I left the camera in front of an empty seat and filmed, but now that the ARMYs are here, I am so moved and excited.]

BTS flew on the stage for two and a half hours as if to relieve their hunger, and the number of The atmosphere was hotter than ever, even when only about a quarter of the 15,000 seats were filled.

This performance is the largest since Corona, and in addition to the shouts recorded for stage production, shouting from the audience, singing in groups, and standing are prohibited.

However, the clappers and the sound of applause, a cheering tool, conveyed the overwhelming feeling of the fans to the point of even calling it a 'clapper battle'.

[RM: When are we going to hold a concert that is greeted with applause like this?

It's a concert that will go down in history.

The area around the main stadium of Jamsil Sports Complex where BTS performs three times has become a popular spot for ARMYs.

Although the weather was warm, most of the audience dressed up like me to prepare for the cold night of the performance.

There is still a long way to go before the show starts, but now the place is already full of excitement.

[Kim Jung-eun/Incheon Metropolitan City: The ARMYs I know have been quiet in their houses for two weeks.

[Adri/Spain: We don't have tickets to the show, but we can dance here.

You know 'Permission to Dance'.]