Gamers in protest of the war: "Very emotional"

Thousands of people around the world are protesting against the invasion of Ukraine and several large companies are distancing themselves from Russia through a series of boycotts. Now the gaming world is also mobilizing on the issue. Both in the form of actions taken by the industry's largest players, and in the form of player protests in popular online games. 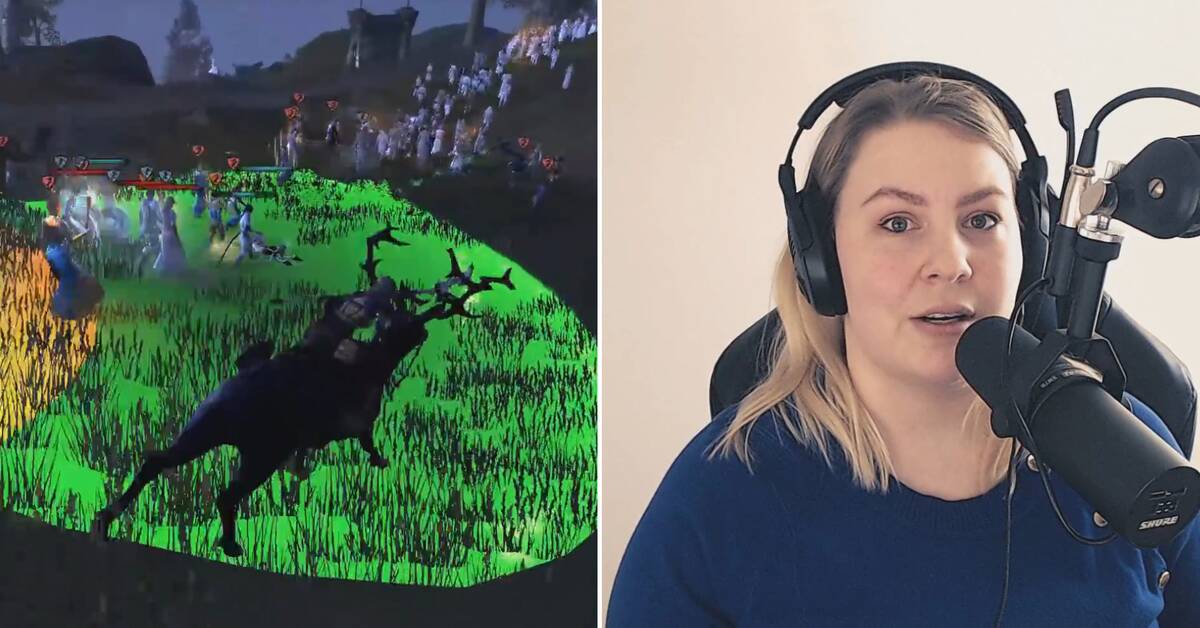 Since Russia's invasion of Ukraine, thousands of people around the world have gathered to protest the war and show solidarity with the Ukrainian people.

In several popular online games, similar demonstrations are now taking place that have gathered many users.

In the adventure role-playing game The elders scrolls online, a peace march was arranged for Ukraine in a war-torn zone in the game.

The game has, since its release in 2014, been played by over 18 million people and the march has received a lot of attention on social media.

- It was very emotional with thousands of players who gathered for peace.

All our love for Ukraine, writes a person who participated in the demonstration on Twitter.

Gathering for political purposes is nothing new in the gaming world, says Elisabeth Bergqvist, gaming expert in the podcast Speljuntan.

- It is precisely in these big games that manifestations are common.

Just as some take to the streets and squares, players seize the opportunity and do so at home.

They have seen everything from the first of May trains to funeral marches for players who have passed away, she says.

Also in the online role-playing game Final fantasy XIV, the game's residents gathered to show their support for Ukraine.

In the game, which has been a success with over 20 million active players worldwide, the activists dressed in the colors of the Ukrainian flag to advocate peace and raise money for the war victims.

- That so many players gather for one and the same thing is a big thing, but it is difficult to measure the impact and how effective it is to hold such protests.

But I think it is important for everyone to show which side you are on and then it is not the execution that is important, says Elisabeth Bergqvist.

It is not just the players themselves who get involved in the issue.

As a result, many of the industry's largest players have now chosen to end trade with Russia.

Among others, giants such as Activision Blizzard, which is behind box office successes such as Call of duty and World of warcraft, and Electronic Arts, which developed the sports games FIFA and the NHL, have stopped their game sales in Russia and Belarus.

- If the western world is to show a united front, the gaming industry must also be part of it because it is one of the world's most sales-rich, says Elisabeth Bergqvist.

Bergqvist believes that it is remarkable that so many players are breaking with Russia because the country is a large part of the market.

But she adds that mobile gaming is big in the country and that no similar sanctions have been seen there.

In the clip you can see the different demonstrations.