A palmist from India and a maid from Thailand: who are the main film premieres of the week about

On Thursday, March 10, the American action movie "The Mercenary" is released in Russian cinemas - about a special forces soldier who is embroiled in a dangerous conspiracy. Also in cinemas will show two horror films - "The Curse. House with Servants" of Thai production and "Beyond" from a director from Hong Kong. Another premiere is an Indian romantic film with elements of an action movie and a mystical thriller Radhe Shyam. 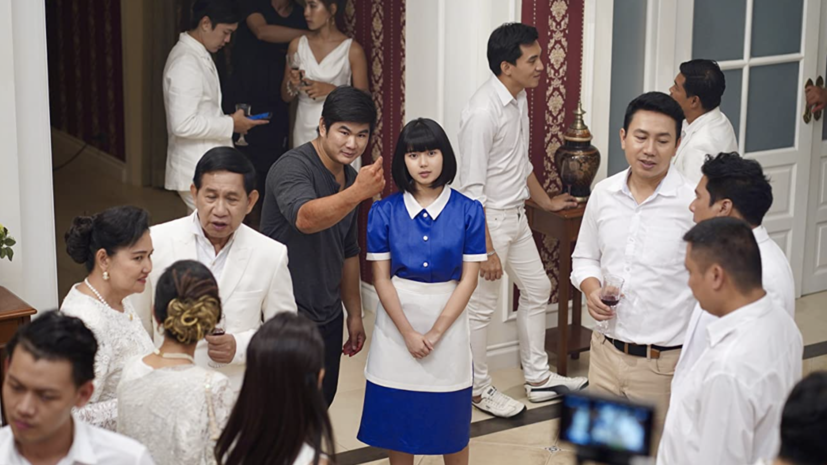 "The Mercenary" (The Contractor)

He is fired from the army and deprived of income.

To provide for his family, the hero enters into a contract with a private organization.

The hero is involved in a dangerous conspiracy and flees.

He will have to fight for his life and uncover the true motives of those who betrayed him.

Among the performers of central roles, including Ben Foster.

Previously, he co-starred with Pine in the films Catching a Storm and At Any Cost.

“With excellent cinematography and an outstanding cast, The Mercenary delivers an immersive viewing experience for an action-packed, action-packed story,” said Kent Sevener, Executive Vice President of Content Acquisition for Showtime Networks Inc., of the project.

The director was the Swedish director Tarik Saleh, who worked on the popular TV series Westworld.

Production included producers Basil Ivanik and Erika Lee, who were involved in the creation of all three films in the John Wick series.

House with servants (The Maid)

In the Thai horror film "The Curse.

House with servants ”is about a young girl Joy.

She gets a job as a maid in a rich family and finds out that she had many predecessors - all of them did not stay long in this house.

The rest of the staff tells the girl that she better not ask unnecessary questions, but Joy does not stop trying to get to the bottom of the truth and finds out that something sinister lives in the house.

“Lee Thongkham deftly knows how to deceive the audience's expectations.

In addition, the film has a pleasantly sharp satire that wipes the nose of rich snobs who believe that domestic workers are as easily replaceable as empty bottles of dishwashing detergent, ”the expert writes.

The world premiere of the tape took place in the summer of 2020.

After that, the film was presented at festivals in Italy and Portugal, but did not win awards.

The film has a 60% rating on Rotten Tomatoes according to film critics.

"Otherworld" (The Darker the Lake)

In a small town in 1987, some high school students find an old board game.

She captivates them, but it turns out that entertainment carries a mortal danger.

Some of the players die, the survivors vow to never talk about what happened again.

More than 30 years later, a series of mysterious deaths take place in the same city.

They go out to those who witnessed the events in 1987, and they themselves are drawn into a dangerous game.

According to director Woo Lok-Kwan, the film evoked very different reactions from representatives of the companies that invested in its production and distribution.

The director expects Beyond will resonate with audiences around the world.

Among the actors involved in the film are Veronica Ferres ("Timeless. The Ruby Book"), Elise Leveque ("I'm going to look"), Gina Stiebitz ("Darkness") and Vladimir Burlakov, a German actor born in Moscow, known for projects "Iron Sky" 2" and "Germany 83".

The Indian film "Radhe Shyam" combines several genres at once - a love story unfolds on the screen with elements of an action movie and a mystical thriller.

The main character is palmist Vikramaditya.

He falls in love with a girl and finds out that fate is preparing something terrible for them.

There are many spectacular shots in the film, and the shooting took place in a number of picturesque locations.

“It took a lot of research and a lot of preparatory work to make the film look as convincing and authentic as possible.

The production design team included approximately 70 people from India itself;

In addition, in every city where we filmed, be it Rome, Florence or Varese, local production designers worked with us with their teams of 20-25 people, who helped us accurately convey local features, ”said project artist R. Ravinder speaking to The News Minute.

The creators of Radhe Shyam claim that this is the first film to have a trailer in the Metaverse.