'Game of Thrones': journey to the land of the Seven Kingdoms in Northern Ireland 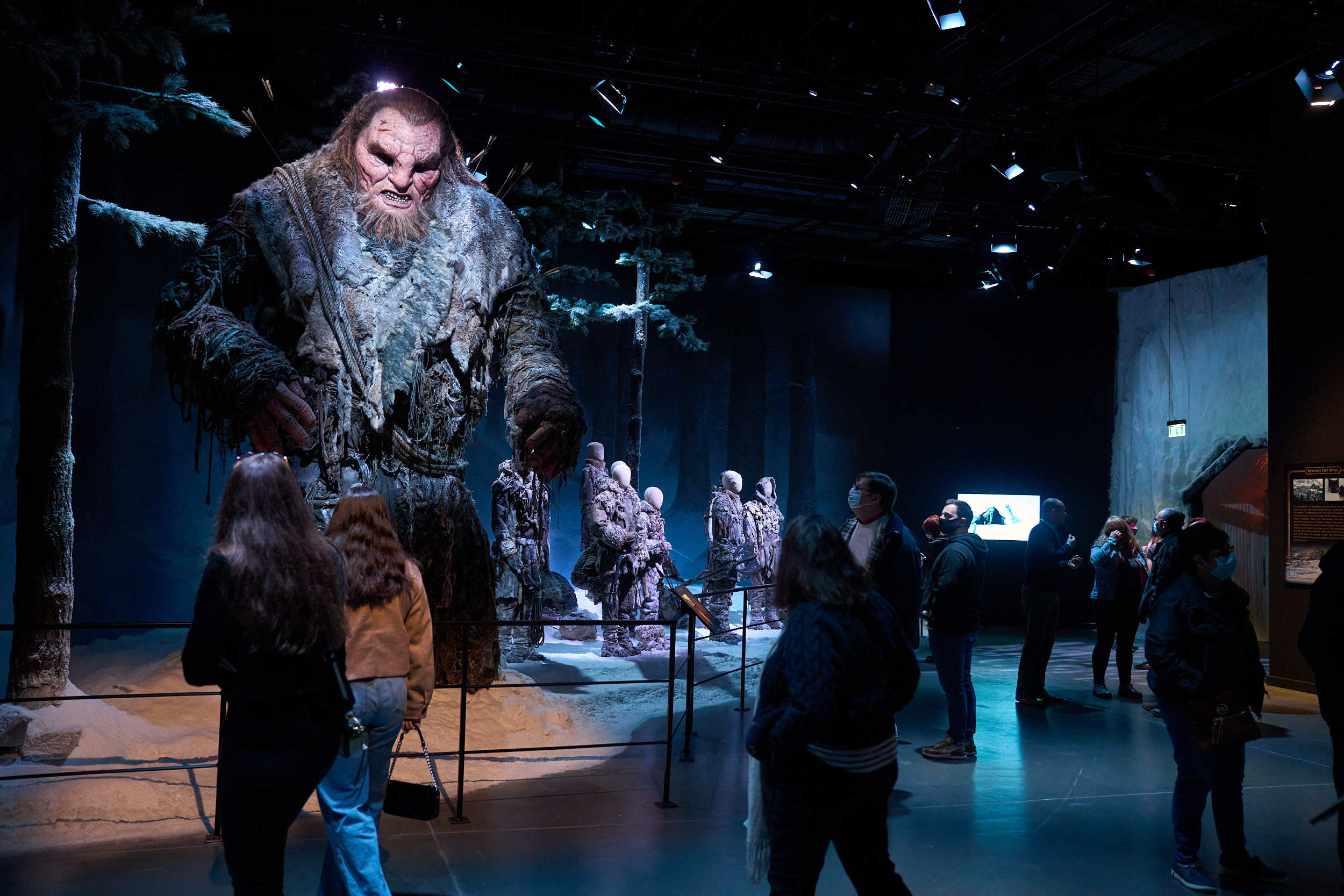 Credentials that dazzled the American network HBO from minute one when looking for locations to shoot their most successful production.

Thanks to the eight-season series, many of the incredible places in the country, until then little or nothing known in the rest of the world, such as

, the picturesque port of

(The Giants Causeway), declared a World Heritage Site, have become huge tourist attractions, as well as places of pilgrimage for millions of unconditional followers of the blockbuster, eager to discover the land of The Seven Kingdoms.

Belfast, the capital of

, is the meeting point to start a route through what is already known as

An itinerary with more than a dozen impressive places where the series was filmed, located no more than two hours north and south of the city, which is now joined by another obligatory stop (and the most important): Game of Thrones Studio Tour.

The Beyond the Wall room, in the Game of Thrones Studio Tour.

It is the only official theme park

of the world famous HBO production, which has just opened its doors in the small town of

Banbridge, half an hour south of Belfast

Created in collaboration with Warner Bros. Theme Entertainment and located at Linen Mill Studios, where many of the scenes were filmed, Game of Thrones Studio Tour is an immersive and interactive experience that transports the visitor to the very heart of Westeros, the imaginary land of The Seven Kingdoms.

The facilities of more than 10,000 m2 house the different rooms in which the most important moments of the series are recreated.

An itinerary of about two hours runs from the

icy lands of Beyond the Wall

, with its walking banks, to the luxurious King's Landing, where the court is.

It also reveals all the ins and outs of the series and sees first-hand the sets where some of the most iconic scenes were actually shot, including

Both the costumes, the weapons, the furniture, the cage of the dragons, the wigs and other incredible objects that can be seen in the enclosure are original and have been used in the filming throughout the eight seasons of Game of Thrones .

With an investment of 40 million euros, Game of Thrones Studio Tour is one of the most ambitious projects in the franchise and a tourist attraction for Northern Ireland.

According to Northern Irish actor

who played Sir Meryn Trant, a member of the King's Guard, in the series, "having this space here is a pride for the country and being able to see firsthand where

one of the series has been filmed

most famous and seen in history

is a unique opportunity for its fans".

Between magical forests and castles

After the immersive experience, it is worth coming back to reality and visiting the spectacular

(either with the help of different specialized tourist companies or individually by car).

Near the studios, to the east, the route passes through a forest, a castle and a bay, three locations that perfectly reflect the spirit of the series.

, a magical 150-acre forest at the foot of the Morne Hills in County Down, with several marked trails.

The area stood in for the fictional territory of Beyond the Wall, where the sinister White Walkers lived.

About a 40-minute drive to the east is

The 18th-century Gothic and classical-style mansion on the shores of Lake Strangford is surrounded by incredible gardens and forests, very conducive to carrying out multiple scenes during the first season of the series, since the palace became the home of the Stark.

The towers at the entrance are very recognizable.

an attraction in which, in addition to recreating the sets, those interested can practice archery in the same courtyard where Rob Stark and Jon Snow taught their brother Bran, or tour the surroundings with a guide.

You can book here.

Not far away (you have to take a ferry) is

, with its namesake castle built in 1184 by an Anglo-Norman knight who had conquered much of Ireland.

In the surroundings of this private property, shots of the fifth season were filmed.

Fishing port of the town of Carnlough.

An hour north of Belfast is picturesque

, reached by a beautiful road along the Irish Sea coast.

The fishing village claims to be

one of the prettiest in County Antrim

, with colorful boats docking in its tiny harbour.

The quiet town once became the bustling city of Davos.

20 km further north along the same road, hidden on a beach, are the

The place where the disturbing chapter in which the priestess Melisandre gives birth to a shadow was filmed can only be accessed at low tide.

Nearby, the natural port of

, which is reached by going down a very narrow road, is surrounded by sharp rocks detached from the coast, as if they were islets.

This landscape, together with the spectacular and nearby ruins

(whose silhouette on top of a cliff blends with the sea), appears in the series as the Iron Islands, where the Greyjoys live.

The last stop on this route leads inland, to

(in Ballymoney, County Antrim), one of the most photographed and visited natural phenomena in Northern Ireland due to its peculiar beauty.

It is a beautiful avenue of beech trees that have remained intact since the Stuart family planted them in the 18th century at the entrance to their mansion, Gracehill House.

In the series they are part of

along which Arya Stark flees from the Lannisters towards the Wall, after the beheading of her father.

In 2016, a severe storm caused several of these trees to fall and their wood was used to

with symbols and emblems of the series, which HBO placed in various restaurants near the filming.

photo of the scenes and their protagonists

There are companies that organize guided tours, such as Game of Thrones Winterfalls Tours, Logitravel or Civitatis.

If you want to do the route on your own, the Irish Tourism website recommends itineraries under the name Game of Thrones Territory.

Panel of the series in the natural port of Ballintoy.

Iberia, EasyJet and Ryanair fly every day from various points in Spain to Belfast or Dublin.

From the Irish capital you can take a train that reaches Belfast in two hours.

The centrally located Europa Hotel is the most emblematic hotel in Belfast due to its history: opened in 1971 as a luxurious center of social and political life, it was bombed up to 36 times by the IRA.

After its many reconstructions, today it is still a busy meeting point in the Northern Irish capital, thanks to its restaurant and piano bar (from 170 euros; reservations here).

Opposite the hotel, Crown Liquor Saloon is a quaint 1820's Irish pub with eclectic decor where you can drink all kinds of beers and whiskeys, accompanied by casual dishes of local cuisine (46 Great Victoria St, Belfast).

EcotourismLa Subbética Cordoba: the good life in the cradle of the best oil in the world

SnowTurkey, one of the best places in the world for winter sports