"The Story of My Wife" and the drama of Sokurov's student: what's coming to the cinema this week

In the first week of March, Asghar Farhadi's drama "Hero" is released in wide release - about a convict who leaves prison for two days and finds himself in a difficult dilemma. Also in cinemas you can see the film "The Story of My Wife" based on the novel by the classic of Hungarian literature Milan Fust. Among the Russian premieres are the film by Alexander Zolotukhin about the relationship of the twins "Brother in Everything" and the dramedy on the topic of choice "The First Snow". Also on Wednesday, the release of Matt Reeves' Batman starring Robert Pattinson was expected, but the release of the picture was canceled. 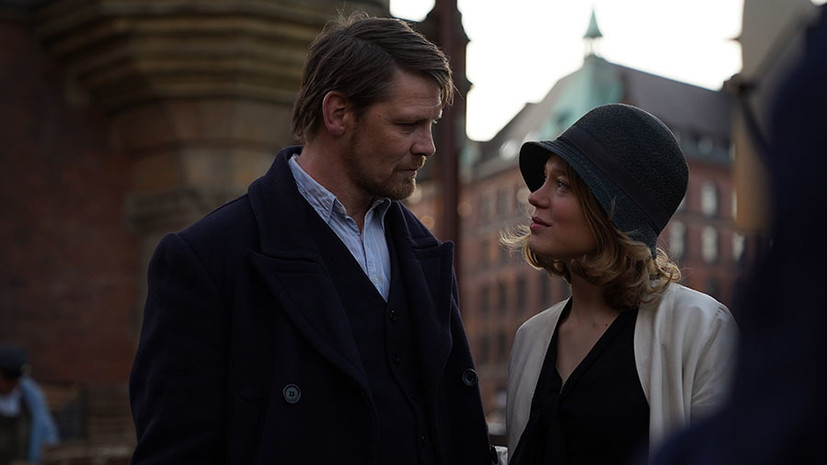 In the center of the plot is a man Rahim, convicted for unpaid debts.

He is released from prison for two days so that the hero can see his loved ones.

At this time, Rahim tries to convince the creditor to withdraw the complaint, but he encounters a number of problems.

Cinematographers from France and Iran worked on the film "Hero".

Director Asghar Farhadi also acted as the only screenwriter and one of the producers of the tape.

Previously, two films directed by the director were awarded the Oscar: "The Divorce of Nader and Simin" (2011) and "The Salesman" (2016).

The picture was highly appreciated by critics and the public.

On Rotten Tomatoes, the drama has a rating of 96% and 79% respectively.

Some film experts write positively about Farhadi's work, noting that he "builds a complex cast"‎ and "works in the tone of widescreen realism"‎.

"Before the end of the festival season, this film with a beautifully crafted story and amazingly charismatic characters is sure to receive even more awards ... Farhadi, as usual, does not operate on a superficial level, but on a deeper level," says Asian Movie Pulse contributor Grace Khan.

The world premiere of "Hero" took place in the summer of 2021 at the Cannes Film Festival, after which the tape showed itself at more than 25 shows and awards around the world.

Of these, two are in Cannes: the Grand Prix of the Jury and the Francois Chalet Prize.

The drama is set in the 1920s by Oscar-nominated Hungarian director Ildiko Enyedi.

Sea captain Jakob Stärr (Gijs Neubre) makes a bet with a friend and agrees to marry the first woman who enters the café.

She becomes a charming, but very windy Lizzy (Lea Seydoux).

The film is based on the novel by the Hungarian writer Milan Fust The Story of My Wife.

Notes of Captain Shterr, in which the author is looking for an answer to the question of how people live their short lives.

Enyedi notes that the protagonist, through whose eyes the readers of the work look at this problem, "is trying to understand his wife, a little Frenchwoman, but in fact he just wants to understand life with her help."

They study together at the aviation school and support each other in everything.

At some point, the heroes realize that their close relationship is preventing them from reaching their common goal - to become military pilots.

The brothers will have to cope with a number of difficulties in order to achieve what they want.

“Usually, authors rarely turn to such characters, because it is difficult to detect conflict in their relationship.

Nevertheless, the most difficult internal trials often fall to the lot of just such people, and the contradictions of their characters lie deep inside.

Our goal is to take a closer look at how such characters manifest themselves in difficult, sometimes extreme circumstances, ”Zolotukhin notes.

The main roles in the film were played by the brothers Nikolai and Sergey Zhuravlev.

Their story partly echoes the movie.

One of them passed on the budget, the second did not.

Then the first one refused his place in order to enter a year later - along with his brother.

The tape was presented in the program of the Berlin International Film Festival.

Director Natalia Konchalovskaya, in her debut feature film First Snow, explores the choice that people make all the time throughout their lives.

The director tried to understand to what extent the choice really belongs to this or that person.

“I don’t have an answer, and the finale of the film, when the two heroines meet in the aikido section, is open: this does not mean that they have finally started doing what they like, this is rather just the first step towards your conscious personal choice, when you rely only on themselves, without looking back at their surroundings.

This is a complex process - understanding one's own aspirations, desires, an attempt at self-realization and harmonization of the external and internal, ”explains Konchalovskaya.

The main character is 24-year-old Kristina (Yuliya Shulyeva), an intern at a consulting firm.

She doesn't like her job and hopes to find a job that she likes.

At the same time, the girl's mother tries to arrange her personal life and gives her unsolicited advice.

All this brings Christina to burnout.

Crime fighter and reclusive billionaire Bruce Wayne has been doing justice for two years, hiding under the mask of Batman.

They take Wayne to a dark part of Gotham, where the hero meets already familiar fans of the franchise Selina Kyle (Catwoman), Oswald Cobblepot (Penguin), Carmine Falcone and Edward Nashton (The Riddler).

To expose the criminal, Batman will have to make contact with new acquaintances.

There were several applicants for the role of Batman, but Nicholas Hoult ("The Warmth of Our Bodies") became the main competitor of Robert Pattinson, who eventually received the role.

The Twilight star was confirmed to play the popular superhero in May 2019.

The actor's fee was $ 3 million. In the same year, other artists were approved for the central roles, including Zoe Kravitz, who played Catwoman.

Filming began in January 2020 in London.

In March of the same year, the director announced the decision to suspend the process due to the coronavirus pandemic (by that time, the filmmakers had managed to shoot about a quarter of the picture).

In September 2020, the filmmakers continued to work and finished filming in the spring of 2021.

The premiere of "Batman" has been postponed more than once.

The director of the new film about the famous DC Comics superhero was Matt Reeves, known for the paintings of the Planet of the Apes series.

The director also took part in the work on the script.