French press review In the spotlight: Europe awake, Russia isolated Audio 04:10 A view shows the area near the regional administration building, which city officials say was hit by a missile attack, in central Kharkiv, Ukraine March 1, 2022. © REUTERS/Vyacheslav Madiyevskyy By: Sébastien Duhamel Follow 4 mins Advertising Like yesterday, Monday February 28, it's a bit like the chronicle of a 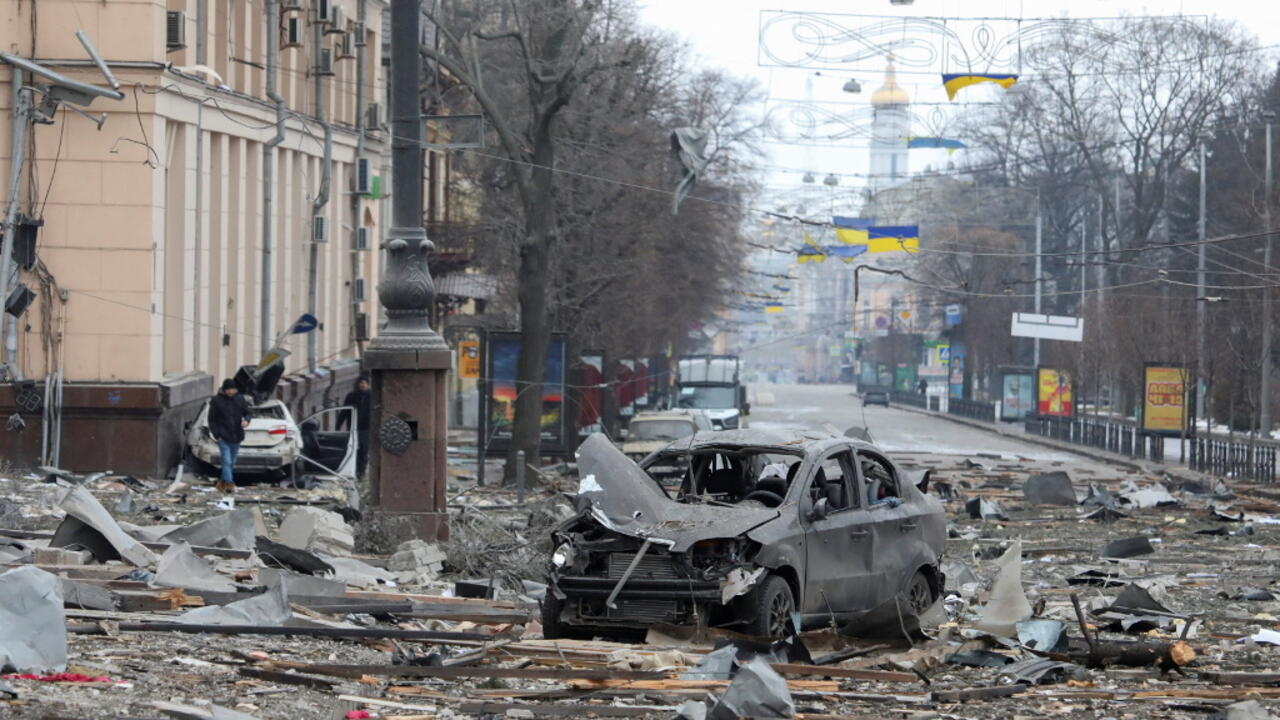 A view shows the area near the regional administration building, which city officials say was hit by a missile attack, in central Kharkiv, Ukraine March 1, 2022. © REUTERS/Vyacheslav Madiyevskyy

Like yesterday, Monday February 28, it's a bit like the chronicle of a metamorphosis that we can read in the newspapers this morning.

As fast as she was expected.

Europe stands up to Putin

which speaks to us of the “

speaks to us about the "

surprise of the EU in the face of Putin

The Catholic newspaper recalls that the European Union was “

born on the ashes of the Second World War

While Moscow is already the target of numerous economic sanctions.

Russia is in a vice of sanctions

”, displays the front page of Les

prefers to speak of "

Sanctions from the cultural milieu

The world of culture also got involved, at the cost of a philosophical debate, we understand in

Should we continue to disseminate Russian artists, play their music, exhibit their works in the name of the universality of culture, or boycott any collaboration?

“several institutions have decided on the spot

” in any case, explains

Like the Toursky Theater for example in Marseille, which cancels the 26th Russian festival scheduled for March.

While in Avignon, long-time Russian opponent Kirill Serebrennikov should open the festival well this summer as planned.

On the plastic arts side, the reflection continued

If the Louis Vuitton Foundation has extended the exhibition on the Morozov brothers until April 3, a Boltanski exhibition announced for March 12 in Saint Petersburg has, on the other hand, been canceled by its beneficiaries.

On the music side, it is obviously “

from Eurovision that the most symbolic blow came: Russia was banned from the competition

But the newspaper also notes concert cancellations, such as the Frenchman Woodkid who gives up his dates in Saint Petersburg, Moscow and Kiev.

Or Russian artists themselves: The famous rapper Oxxxymiron, for example, cancels his concerts because of the “

” that the invasion represents, he says.

tells us , Yuri Shevchuk, leader of the group DDT.

No one accepts this situation, even pop stars afraid of losing their commitments and their fees

A petition is even circulating in the Russian artistic community to “

demand an end to the war

It has already collected more than 2000 signatures.

The world of sport, haro on Moscow

", displays the front page of

Completely red besides, this one simply shows the Russian football team, aligned as before a match.

The governing bodies of football have followed the International Olympic Committee, Russia will therefore not participate in the next play-offs for the 2022 World Cup. A “

historically, everyone knows that FIFA and the IOC have not always been on the side of democracy

While men are waging war on all possible grounds, the planet is still dying.

And no doubt it would make headlines if it weren't for the conflict in Ukraine: "

The terrible price of inaction"

, according to the IPCC.

All return this morning on the new report of the Intergovernmental Group of experts on the climate, and the table drawn up in

is not really gratifying there either.

By the end of the century,

We are not even talking about the rise in water levels and the announced submersion of many coastal towns.

great efforts remain to be made