The Fazza Championship for Shooting in Al-Saktoun, organized by the Hamdan Bin Mohammed Center for Heritage Revival, continued in its shooting range in Al Ruwayyah area in Dubai, with record participation of more than 2,000 shooters of both sexes, and its activities will continue until the fifth of next March. 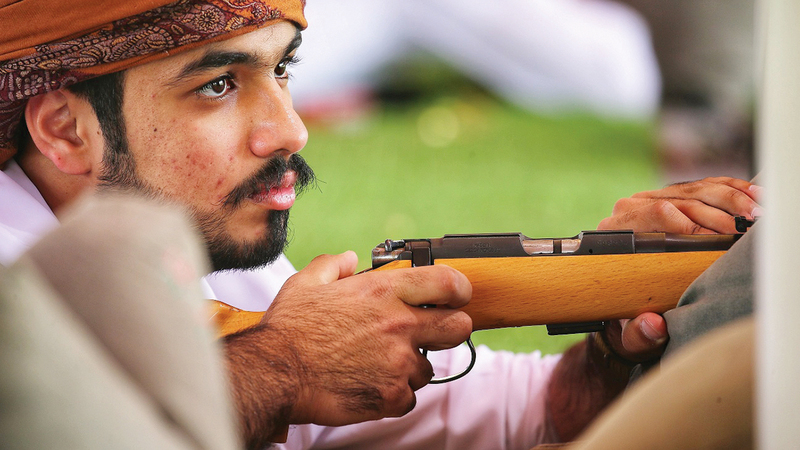 The Fazza Championship for Shooting with Saktoun, organized by the Hamdan Bin Mohammed Center for Heritage Revival, continued at its shooting range in Al Ruwayyah area in Dubai, with record participation of more than 2,000 shooters of both sexes, and its activities will continue until the fifth of next March.

The tournament witnessed the continuation of training and qualifiers for target shooting for the men's category, while the curtain was closed on the junior competitions, which were characterized by great participation and promising levels that confirm the event's efforts in creating future champions in this traditional sport.

The head of the organizing committee for the championship, Brigadier Muhammad Obaid Al Muhairi, and the Director of the Championships Department at the Hamdan Bin Mohammed Center for the Revival of Heritage, Rashid Al Khasouni, crowned the top three winners in the junior category.

Al Muhairi expressed his appreciation for the efforts of the young shooters who showed high professionalism and skill during the competitions, stressing that this is the main objective of establishing this category based on promoting efforts to transmit these heritage sports between generations, and specifically allowing youngsters to participate, compete and aspire to be on the podium. It has made an important contribution to giving them the incentive to continue their path for the long term.

He stressed that participation in the qualifiers for the open category for men is proceeding according to the specified schedule, and through electronic registration, with the aspiration that the competitions to drop dishes will be stronger and larger in this version.

For his part, Mohammed Saeed Al-Badi, who achieved first place, confirmed that his father and his family support were behind his superiority in the competitions, as he was attached to this sport from an early age by training and motivating his family, which makes him look forward to continuing to always participate in this tournament and aspire to achieve the best in the category men through the future.

• “The transmission of traditional sports between generations is a primary objective of the event.”