New IPCC report: Crop losses from drought and extreme heat have tripled in Europe over the last 50 years

More heat, less water, more extreme weather events, less food and fewer species. The report on the impacts of climate change published this Monday by the... 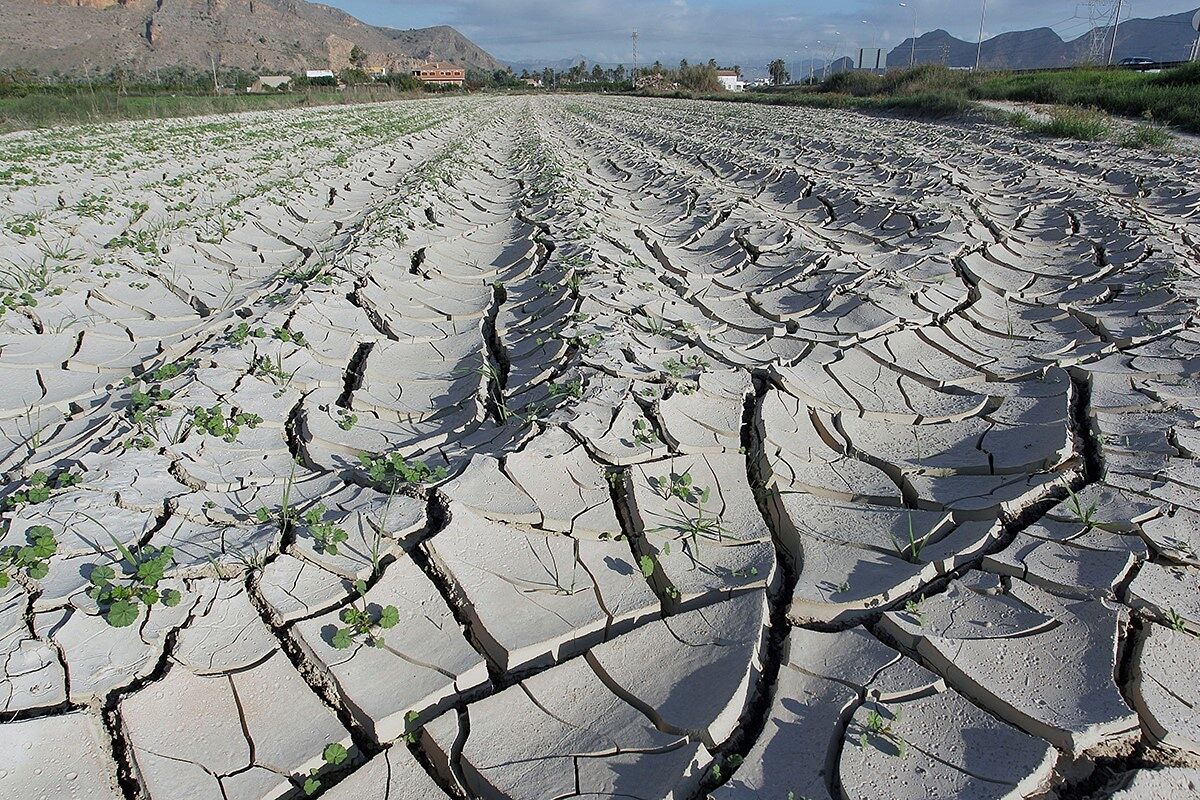 According to them, the frequency of droughts has already increased and they expect it to continue to do so in the coming years in all emission reduction scenarios.

The area of ​​the Mediterranean in which Spain is located appears once again as one of the most vulnerable to extreme heat and thus exposed to an increase in droughts and forest fires.

"The report is very clear to us and underlines the importance of limiting warming to 1.5°C [relative to the temperature at the beginning of the industrial age," said Thelma Krug, vice president of the IPCC, during a meeting with journalists in the one in which THE WORLD participated.

The content of the report, according to Krug, "brings important considerations for the countries" and reflects that "one of the barriers in developing countries is having sufficient financing to be able to implement adaptation measures."

"A very convincing fact is that almost half of the world's population, between 3,300 and 3,600 million people, live in contexts that are highly vulnerable to climate change," says the researcher at the University of Barcelona, ​​Jofre Carnicer, co-author of chapter 13 and specialist on climate impacts in the Mediterranean region.

"This report shows us that

not all people on the planet are equally vulnerable to climate change. There are economic factors, development factors, linked to inequality, and each country must adapt in a way," says Marta Rivera- Ferre, co-author of chapter 8 and researcher at the University of Vic and the Central University of Catalonia.

"The cost of inaction is much higher than the cost of action,"

The study shows that

, also altered by the increase in torrential rains linked to climate change.

In Europe, crop losses due to drought and extreme heat have tripled across the continent in the last 50 years and are projected to continue to rise as degrees are added.

Most of those losses occur in southern Europe.

With continued warming, the

reducing the land available for agriculture in our country.

As far as fishing is concerned,

it is estimated that between 1930 and 2010 the potential of fishing catches has been reduced by 4.1% due to the warming of the oceans.

The most comprehensive report

This work is the second of the three parts of the IPCC Sixth Assessment Report -the first was published in August, focusing on the science of climate change and the situation by region-.

The second installment, completed yesterday, Sunday and approved by 270 authors from 67 countries and 195 governments, summarizes the largest review carried out to date on the studies carried out worldwide since 2014 (when the Fifth IPCC Report was published) on the impacts of global warming on people and ecosystems, which are already taking place,

Since the industrial era began, the temperature has already risen by an average of 1.1 ºC, although in the Mediterranean we are already at 1.5 ºC.

The objective of the international community is to limit this increase to 1.5 degrees by the end of the century, or 2ºC at most, although the first part of the report already showed that at the current rate, the increase could easily reach 3ºC .

As was made clear during the last Climate Summit held in November in Glasgow, it is estimated that with the current plans of the Governments, warming in 2100 would be between 2.3 and 2.7 °C.

The IPCC climate change think tank report argues that "near-term actions that limit global warming to about 1.5°C would substantially reduce expected loss and damage to human systems and ecosystems, compared to with higher levels of warming, but they can't eliminate all of them.

In the coming decades, the problem of water scarcity will become more acute.

According to the IPCC, with soo degrees warming, 800 to 3 billion people worldwide will experience chronic water scarcity, while the figure would rise to 4 billion people in a four degrees scenario (the current world population It is 7.7 billion today and according to the UN, it will increase to 9.7 billion in 2050, and may reach a peak of around 11 billion by 2100).

In southern Europe, more than a third of the population will experience water scarcity with 2°C of warming

double if it reaches 3 ºC, which according to the report, will lead to an increase in economic losses in the sectors dependent on water and energy.

In addition to fueling increased droughts and torrential rains, the IPCC argues that human-caused climate change is driving sea level rise, ocean acidification and the intensity of tropical cyclones.

The August report already attributed "unequivocally" these climate changes to human action, a point that the new installment affects, which warns that in some cases, this has already exposed human societies and the natural world to intolerable risks. and irreversible, beyond the limits to which they can adapt.

This is precisely one of the novelties of this report, since the previous IPCC report of 2014 was more cautious about how climate change affected human societies.

This paper highlights the effects on people's physical and mental health.

Exposure to smoke from wildfires increases heart and respiratory disease while the increased frequency of extreme weather events is also leading to more trauma.

Likewise, the IPCC links extreme events with a worsening of violent conflicts and forced migration, by promoting food insecurity, malnutrition and the destruction of homes or the inviability of their agricultural land for millions of people.

With regard to the impact on ecosystems, 100,000 species have been analyzed for this report, as explained by Jofre Carnicer, a specialist in climate impacts in the Mediterranean region, "the risk of extinction is going to be very high if mitigation measures".

Thus, the report indicates that the risk of extinction of threatened species will be 10 times greater with an increase of 3 ºC compared to a warming of 1.5 ºC.

However, in a 1.5ºC scenario between 3 and 14% of terrestrial species will be at very high risk of extinction.

"The Mediterranean is a hot spot and there have already been irreversible losses," says Carnicer.

"There have been species and even mammals that have become extinct due to climate change, such as the mosaic-tailed mouse, which lived in an area that is very sensitive to climate change, between northern Australia and Papua New Guinea. Its habitat has been reduced by more than 97 % and is the first mammal to become globally extinct."

The projections made in this report indicate that with a warming of 2 ºC in 2100, up to 18% of all terrestrial species would be at high risk of extinction.

According to some analyses, maintaining the resilience of ecosystems on a global scale will depend on effectively protecting between 30 and 50% of the earth's surface, freshwater reserves and marine areas.

Likewise, as Marta Rivera-Ferre recalls, the report highlights "the

need to have local and indigenous populations to develop conservation strategies.

It requires having their knowledge, generating that knowledge dialogue, between scientific knowledge and other knowledge to develop effective strategies and avoid maladaptation, that is, responses that in the end, unintentionally, end up generating an increase in inequality or making certain groups more vulnerable than at the beginning.We are talking about women or indigenous groups that have been excluded of conservation in many territories", he points out.

A novelty of the report, reviews the researcher, is that the

concept of the social point of no return

appears , which is added to the ecological point of no return.

"The vulnerability of some groups is so great that there is no possibility of adaptation," she says.

EnvironmentThe most vegan January in history