Actors Lee Jung-jae and Jung Ho-yeon of the world-famous drama 'Squid Game' won the Best Actor Award and Best Actress Award at the American Actors Guild Awards, one of the major American film and TV awards. 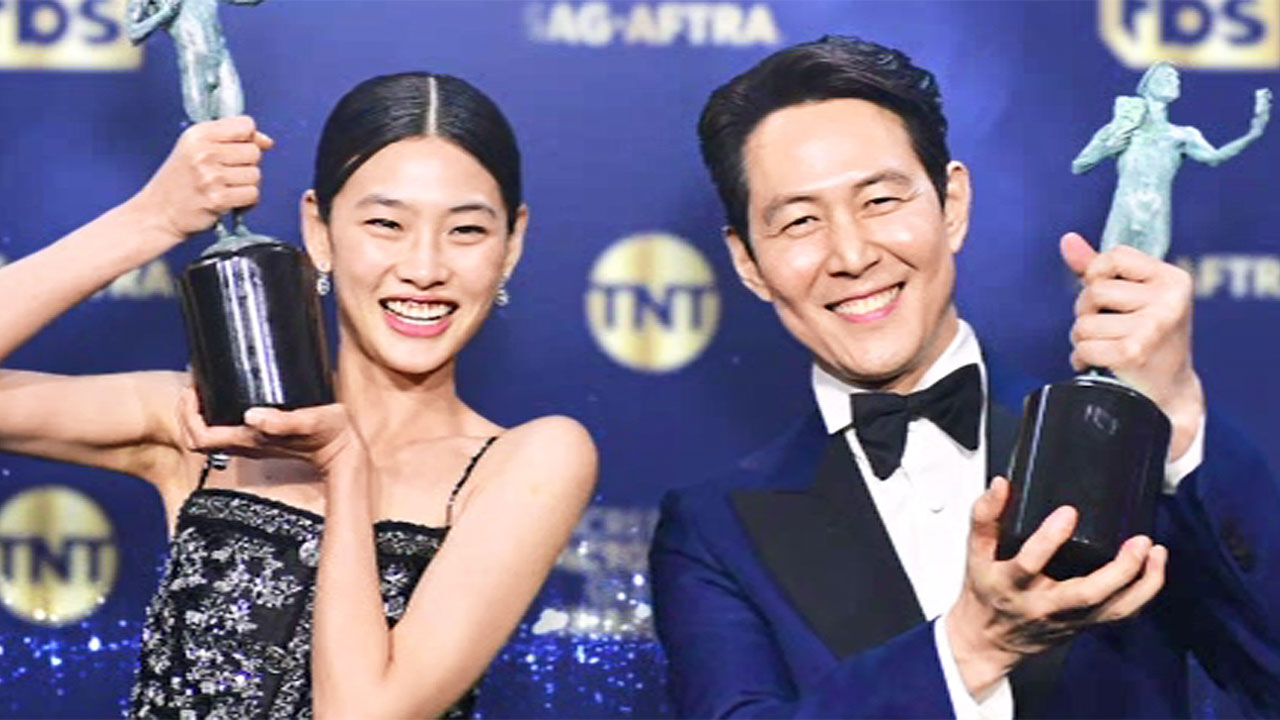 Actors Lee Jung-jae and Jeong Ho-yeon of the world-famous drama 'Squid Game' won the Best Actor Award and Best Actress Award at the American Actors Guild Awards, one of the major American film and TV awards.

They all won awards in three categories, reports Lee Joo-hyeong.

Actor Lee Jung-jae, who was called the Best Actor in a TV Drama Series for 'The Squid Game', could not keep his mouth shut.

Thank you very much.

Oh, this is such a big thing that happened to me.] With a very

nervous expression, I put the winning impressions I had written in my back pocket and said.

[Lee Jung-jae/actor, 'Squid Game' Seong Ki-hoon: Thank you so much to the world audience for loving 'Squid Game']

Jeong Ho-yeon, who received the Best Actress Award in the same category as Lee Jung-jae, sat down for a while after the name was called and went to the podium as if incredulous.

'Squid Game' station: Sae-byeok Kang: It is an honor to be here right now, and I am really grateful.]

This year marks its 28th anniversary as an annual award hosted by the Actors' Union, which has 160,000 members.

This is the first time that a Korean actor has won the Best Leading Actor award.

Will Smith (King Richards) and Jessica Chastain (Eyes of Tommy Fay) went on to win Best Actor in a Motion Picture category, while 'Squid Game' also won the Stunt Ensemble Award for a Drama Series.

This award is also a product of the rapid reorganization of the market as the influence of IT-based streaming services grows in the global entertainment industry, centered on Hollywood.

Entertainment and IT are both industries in which the United States has the largest stake in the world.