Johnny Cash, a "man in black" with a not so trivial look

Like a boy, he wears a jacket, a medallion, a big belt… but not long hair. American singer Johnny Cash, country and rock icon, will be remembered as "the man in black". Stéphane Bern deciphers in "Historically yours" the message behind Johnny Cash's all-black look. 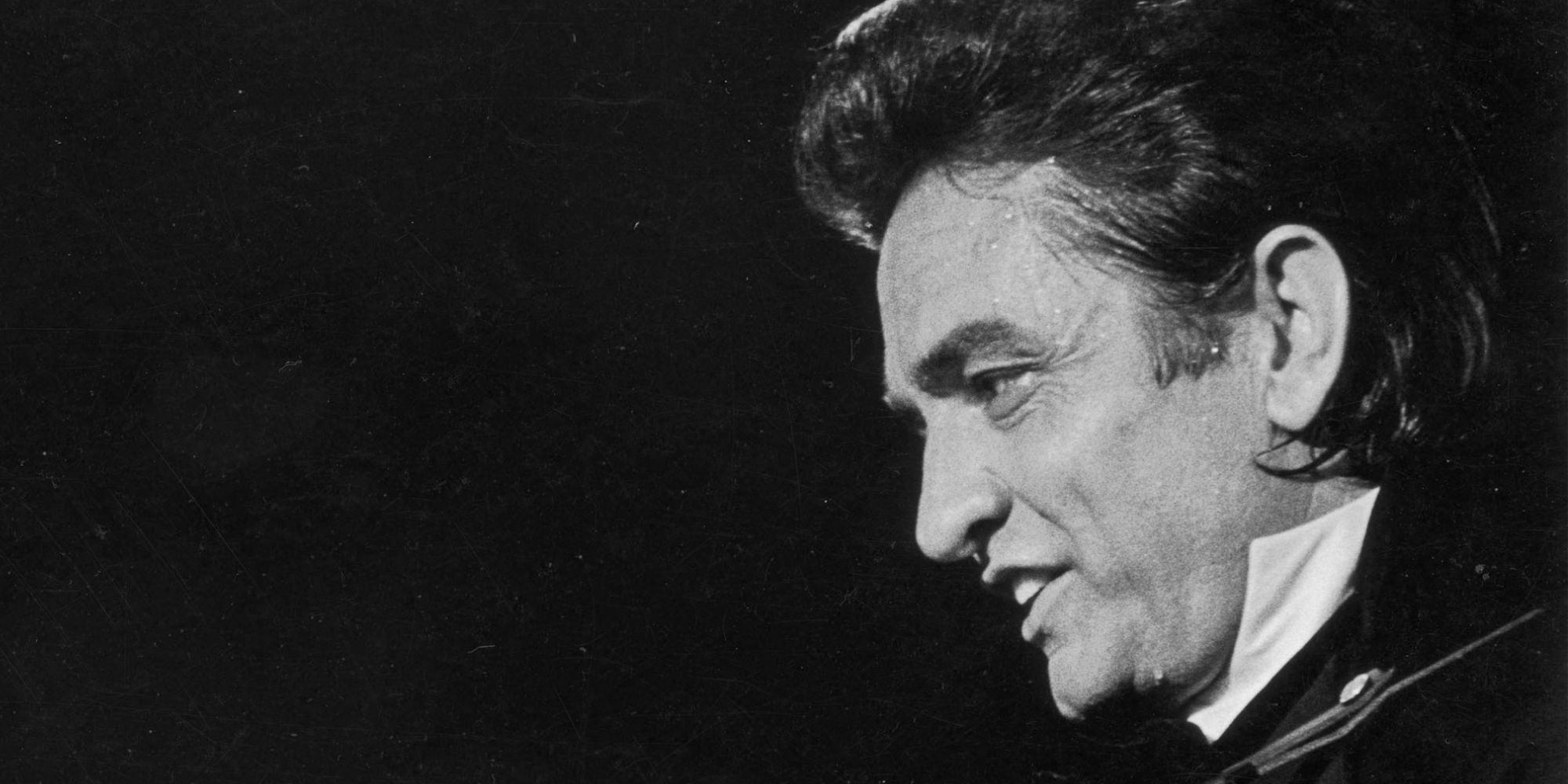 Like a boy, he wears a jacket, a medallion, a big belt… but not long hair.

The American singer Johnny Cash, icon of country and rock, will remain as "the man in black".

We are in Nashville, in 1956. Like every Saturday evening, the Grand Ole Opry, a legendary live radio show in public, brings together the talents of country music and nascent rock'n'roll.

In the audience, boys in

sway their hips and girls twirl their skirts, while backstage a young man nervously waits his turn.

He wears a shirt, pants and a black belt.

His name is Johnny Cash.

>> Find all the programs of Matthieu Noël and Stéphane Bern every day from 4 p.m. to 6 p.m. on Europe 1 as well as in replay and podcast here

He is 24 years old, and he has just released his first record on Sun Records.

The same label as the King.

Fantastic debut for this little guy from Arkansas.

Johnny Cash was born in 1932 in Kingsland, and grew up in Dyess.

From the age of 8, he worked in the cotton fields.

The Great Depression made living conditions particularly difficult in this rural region.

As a child, Cash was called JR because his parents disagreed on what name to give him.

At 18, when he entered the Air Force, he adopted the name John Ray.

A mythical look born by chance

In Germany, where he is stationed, Cash begins to dabble in the guitar and composes melodies, marked by the songs of his childhood.

He has no musical training, but he has a gift: his voice.

His mother repeated it to him throughout his childhood: "the hand of God has rested on you".

As soon as his service is over, John Ray returns home and, without God's help, gets the ring on his finger.

During the day, Cash works as a salesman.

At night, he rehearses with his two accomplices, guitarist Luther Perkins and bassist Marshall Grant.

Stéphane Bern tells Georges Brassens, the anarchist who sang for his ideas

The trio performs for the first time in a church, north of the city.

None of the musicians has enough to afford a real gala outfit.

But they all have at least one black shirt.

So, before going on stage, they put it on.

The concert is a success, and Cash decides by superstition to keep this look.

It was also at this time that he chose his stage name, Johnny.

Shortly after, the singer dares to approach Sam Phillips, the "father of rock'n'roll" as many dubbed him.

Johnny sings him his usual covers, gospel and country titles.

But it's his own songs, the ones he wrote himself, that seduce the producer.

The first disc is selling well.

turn on the radio and take the lead in the rankings… Johnny Cash's career is launched.

I walk the line

The session is baptized the next day "million dollar quartet" by a journalist, in reference to the commercial successes of the four musicians.

He then chained the successes, and the tours.

His bus becomes his home.

June Carter, a singer born into a large family of country musicians, accompanies him.

They've known each other since that night in 1956 at the Grand Ole Opry, the night June stared into Johnny's black eyes.

They are both married, each on their own, they have children, four little girls for Johnny.

But over the days, his artistic complicity with the singer turns into a romantic attraction.

This time, however, his deep baritone voice is not enough.

June does not give in.

She is too witness to the excesses of all kinds to which the singer indulges: drugs, alcohol and women.

However, she is not insensitive to his charm and feels caught in a ring of fire.

A "ring of fire" that inspired Johnny Cash to write a song in 1963.

As his marriage deteriorates, Johnny drowns more and more in drugs.

There are 1,000 tablets of amphetamines in his guitar case.

He divorced the following year, had some trouble with the police and was forced to cancel concerts.

But he can count on June, who helps him to detoxify.

He can go back on stage and, in February 1968, he asks for the hand of his beloved, in the middle of a concert.

In the 1970s, Johnny Cash collaborated with Bob Dylan, Louis Armstrong, Ray Charles and Eric Clapton, opening his musical universe to other horizons.

Its style too, always entirely black, distinguishes it from the fringed shirts and cowboy hats of the country bands of the time.

Black, Johnny sings it too, with

And if, to journalists who still ask him why he always wears black, the guitarist does not always answer, he delivers in this text a new explanation of his look.

He explains that he wears black "for the prisoner who has long paid for his crime, but remains the victim of his time", "for these poor and defeated, those in the streets of hunger and despair", "for the sick and lonely old" and also "as a sign of mourning for those who should have lived".

A tribute to all the young soldiers who died in the Vietnam War.

"Away from the public, I put on what sings to me", confides the guitarist in his autobiography.

But when he performs and in his songs, Cash needs to be reminded that the world is wrong: "Well, there are things that will never be right, I know / And everywhere they need to be changed/ But until we start acting to straighten two or three out/ You'll never see me wearing a white suit," he sings.

And Johnny Cash's words continue: "Oh, I'd love to dress myself in a rainbow every day/ And tell the world that everything is perfect/ But I'll try to take a little darkness to the far on my back/ Until it's brighter, I'm the man in black".

In 1992, Johnny Cash joined the "Rock and Roll Hall of Fame", twelve years after being elected to the "Country Hall of Fame".

He is, with Elvis, the only one to appear in these two pantheons of American music.

In July 2003, two months before his death, the 71-year-old star was still on stage, guitar in hand, dressed all in black, warding off darkness for his fans.