Contents of the Café des Sports at 4:10 p.m. GMT: the Champions League final will be played at the Stade de France on May 28, 2022! UEFA has decided to withdraw the organization in Saint Petersburg, due to… 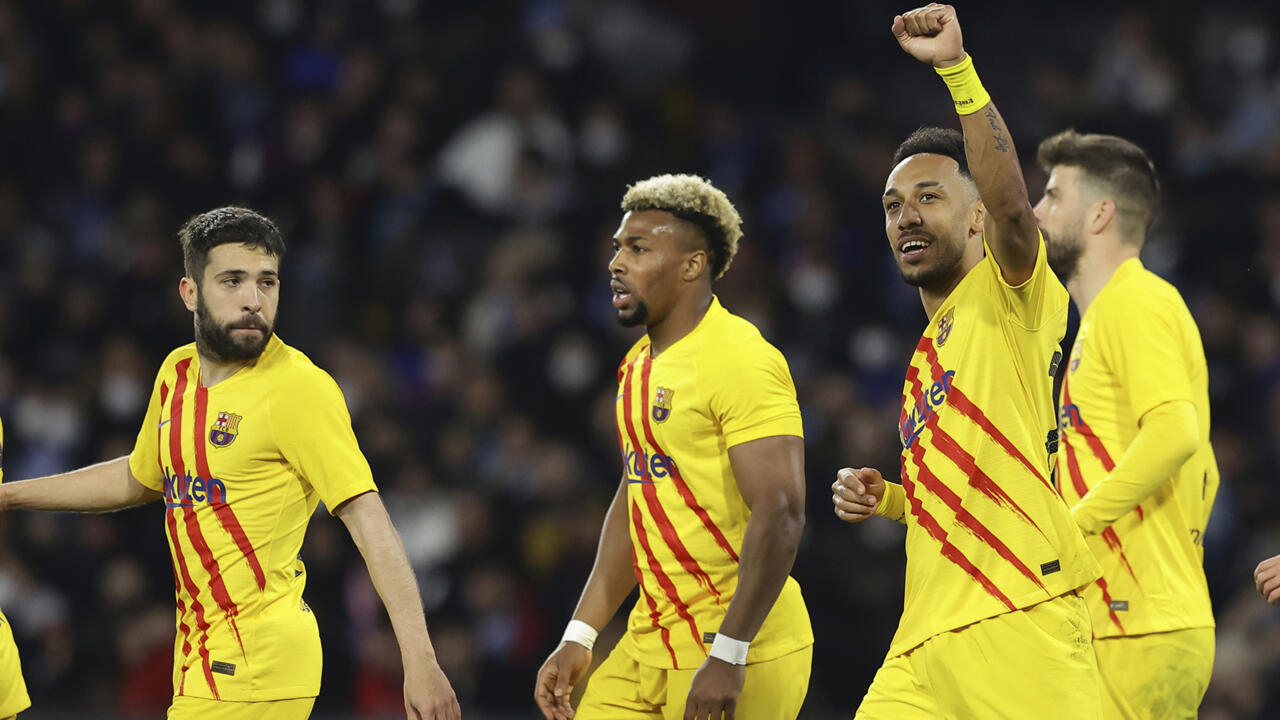 Pierre-Emerick Aubameyang (with raised fist), one of the FC Barcelona club scorers who faced Naples, on February 24, 2022, at the Maradona stadium (Naples), on the occasion of the 16th round return of the Europa League.

UEFA has decided to withdraw the organization from Saint Petersburg, due to the Russian offensive in Ukraine.

How could such a decision be made so quickly?

Back to the round of 16 of the Europa League: Barça qualified, Dortmund hooked and eliminated.

The draw for the 8th finals has just taken place, we will present you with all the opposition!

An extraordinary display between two victorious teams this week: the Blues beat Lille 2-0 in C1 while the Reds crushed Leeds 6-0 in the Championship!

War in Ukraine: what consequences for European football?