Journal of Haiti and the Americas - Russian invasion in Ukraine: "a crisis that embarrasses Joe Biden"

What response from the United States after this invasion? What are the domestic consequences for Joe Biden? Can he derive any political benefit from it? For researcher Benja… 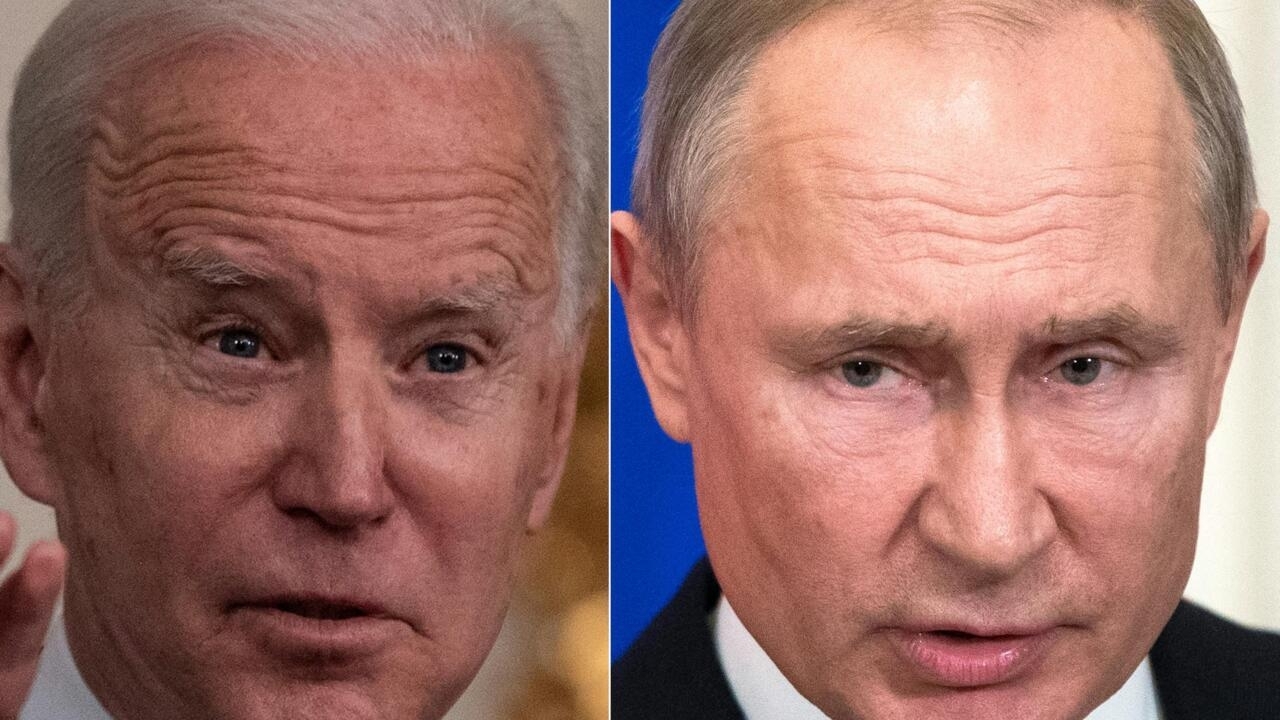 Russian invasion in Ukraine: "a crisis that embarrasses Joe Biden"

US President Joe Biden and his Russian counterpart Vladimir Putin.

What response from the United States after this invasion?

What are the domestic consequences for Joe Biden?

Can he derive any political benefit from it?

US President Joe Biden was on the phone with senior National Security officials when his Russian counterpart Vladimir Putin announced the start of an offensive in Ukraine on Thursday, February 24, 2022.

“A crisis that embarrasses Joe Biden”,

according to our guest, researcher Benjamin Haddad, European director of the think tank Atlantic Council, based in Washington.

“The top priority of the United States is the strategic rivalry with China.

"It's a challenge for Joe Biden, he takes it up by having been clear about the denunciation of Russian disinformation, by mobilizing the allies, but it's a crisis that will be difficult for the White House in the coming months"

The question now arises of the reaction to adopt on the part of Washington and its NATO allies, when its administration refuses to send American troops to Ukrainian soil.

"We must go much further, do what has not been done: hit the Russian regime, the assets of Vladimir Putin and his relatives, oligarchs close to power who hide money, villas... in the West .

The state of corruption in this regime must be revealed to the Russian people.

We must go further, by isolating Putin and his relatives as much as possible,”

underlines Benjamin Haddad, who also denounces the speech of a part of the American Republicans who take up the speech of Russian propaganda,

"in particular that of Donald Trump, who abandon what has made the strength of the party for decades, c that is to say, a form of internationalism and the defense of freedom”.

according to the researcher.

Haiti: a journalist killed during a demonstration

A journalist was killed on February 23, 2022, in Port-au-Prince on the sidelines of a violent demonstration which brought together thousands of textile industry workers who considered the increase in the minimum wage announced on Monday, February 21, 2022 insufficient. , by the government.

"I mourn the death of journalist Lazarre Maxihen, which occurred during workers' demonstrations on Wednesday

The judicial police have opened an investigation, but witnesses accuse police officers of being at the origin of the shootings, carried out from a vehicle which apparently circulated without a license plate, as reported by Frantz Duval, the editor-in-chief from the

The four months leading up to Russia's attack on Ukraine

Haiti: a journalist killed on the sidelines of a workers' demonstration