The "beauty of earth" behind Hong Kong's khaki cover budget 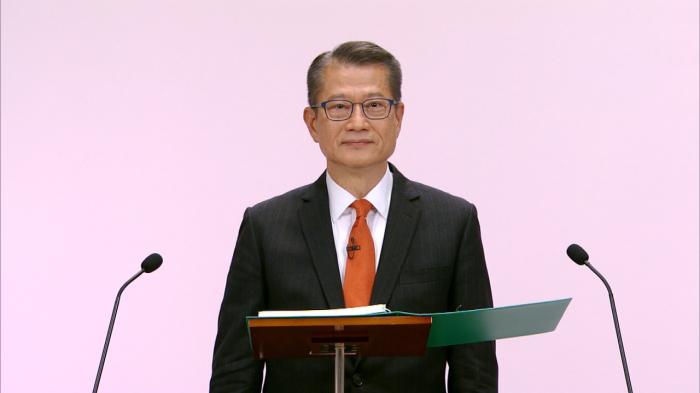 3 days ago, this "Cai Ye" announced the tone of the local yellow cover budget on his personal blog: the beauty of soil is not pleasing to the eye, but rich in nutrients that can make the sapling grow vigorously; no matter how strong the trunk is, the roots are still deep. Steady, in order to not be afraid of wind and rain, the branches are lush.

Today, Chen Maobo showed his confidence in Hong Kong's future economic development: it is predicted that Hong Kong's economy will perform better in the second half of the year, with an annual real growth between 2% and 3.5%.

In the medium term, the outlook for Hong Kong's economy is positive, with an average annual real growth forecast of 3% between 2023 and 2026, slightly above the pre-pandemic trend of 2.8% in the decade before the pandemic.

In the context of the impact of the epidemic, this year's Budget still shows the positive actions of the Hong Kong SAR Government, including allocating all available resources and taking all necessary measures to fight the epidemic. The resources prepared in the Budget alone have exceeded 540 million billion Hong Kong dollars.

At the same time, the Budget also clarifies that the SAR government will launch a number of measures to ease the pressure on business operations and provide assistance for business turnover. The reduction measures cover dozens of taxes and fees such as profits tax.

Various measures have conveyed the determination of the SAR government to actively respond to challenges, allocate sufficient resources, and try its best to help the citizens and SMEs.

Data map: The "Fire Eye Laboratory" at the Ma On Shan Stadium in Hong Kong.

Li Xiaobing, executive director of the Taiwan-Hong Kong-Macao Law Research Center of Nankai University, said in an interview with Chinanews that it can be seen that the new year's budget reflects the SAR government's optimism about the economic prospects.

Although Hong Kong's economy will be affected by the impact of the epidemic and changes in the international market, Hong Kong's geographical advantage is still the internal driving force for maintaining good economic development in the medium and long term.

Behind the confidence and determination, there are two kinds of "dirt" that promote the development of Hong Kong's economy.

After experiencing the raging "black violence" in 2019, since 2020, with the implementation of the National Security Law in Hong Kong and the improvement of the electoral system, the devastated Hong Kong has turned from chaos to governance, and ushered in prosperity and governance.

Looking back on the past 2021, Hong Kong's GDP increased by 6.4% year-on-year, returned to the top three international financial centers, and was once again rated as the world's freest economy... Various data and signs show that Hong Kong's strong recovery momentum in the past year Benefiting from the new political climate, it has provided a convenient soil for the stable development of Hong Kong's economy.

The inherent institutional advantages of Hong Kong, including the rule of law and judicial independence, free trade and investment system, simple and low tax system, and efficient and clean government, all provide a favorable environment for enterprises to continuously expand their business and enhance their competitiveness, so as to enable the overall economy Sustained prosperity and development.

According to Guo Wanda, Executive Vice President of China (Shenzhen) Comprehensive Development Research Institute, Hong Kong's economy can maintain stability and improvement. First, Hong Kong has always maintained a strong momentum in advantageous fields such as finance and foreign trade. We have continued to invest in alleviating poverty and supporting small and medium-sized enterprises.

Guo Wanda specifically pointed out that the development opportunities in the mainland also have a positive impact on Hong Kong, which cannot be ignored.

And this is another kind of "dirt" for Hong Kong's economy to make progress while maintaining stability.

The national "14th Five-Year Plan" has established a new development orientation for Hong Kong. The economic "dual circulation" development strategy has brought opportunities for Hong Kong to give full play to its unique advantages. It is conducive to Hong Kong's integration into the overall development of the country, and Hong Kong's role as a "super-connector" in the "Belt and Road" initiative has been further enhanced.

As Chen Maobo said, he firmly believes that under the "one country, two systems" principle, the soil of Hong Kong will surely achieve a better future.