Now AI is also appearing in dramas... Who is Jaein from girl group Eternity?

[SBS Entertainment News | Editor Jina-yoon] While the field of virtual human activity has expanded, such as appearing in advertisements and releasing music, this time, the virtual human even took on official roles in the drama. 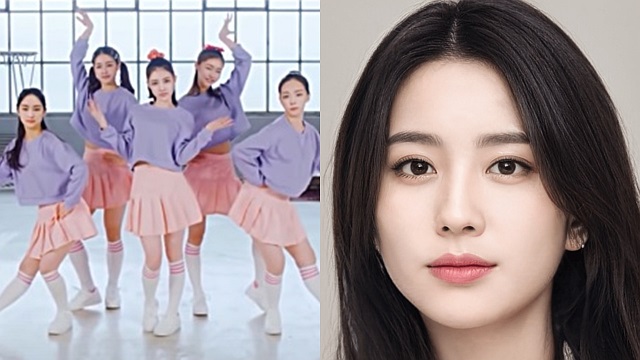 [editor Jina Yoon] While the field of virtual human activities has expanded, such as appearing in advertisements and releasing sound sources, this time virtual humans have even taken on official roles in the drama.

Jaein, a member of the virtual girl group 'Eternity', will play a real person in the drama 'Hello Share (working title)'.

According to a number of media reports on the 21st, Jaein, a member of the virtual girl group Eternity, has been cast as a supporting role in the drama 'Hello Share (working title)'.

'Hello, Share' is a four-part web drama created by Pulse Nine, an AI graphic company that created Eternity, and Ready Entertainment, a subsidiary of Kakao Entertainment.

Rosie, a fictional human, has previously appeared as a cameo in the TVING original drama 'Chief of Internal Medicine', but this is the first time she has taken on an official role.

In 'Hello Share', it is known that Jane has a normal conversation like a real actor, and even a kiss scene is scheduled to be filmed.

This will be implemented by melting AI data into motion data filmed by real actors, and at this time, AI learns facial expressions and gestures of domestic music stars accumulated over 20 years.

Eternity, an 11-member virtual girl group that debuted in March last year, consists of the top 11 members selected by the people out of 101 female virtual humans.

The group name contains the meaning of 'to become the best virtual idol to be with the public forever', and each member has a unique setting such as a singer-songwriter, a former child actor, and a fairy tale.

Only 5 out of 11 members participated in Eternity's first single album, and the other 6 members will continue their activities in various ways, including unit and solo.

As it is a virtual girl group, in addition to group activities, activities as general entertainers such as YouTubers and influencers were foretold.