The Civil Guard has determined that three minors were the authors of some graffiti in the Cueva de la Rendija de Herencia (Ciudad Real), classified as an Asset of Interest... 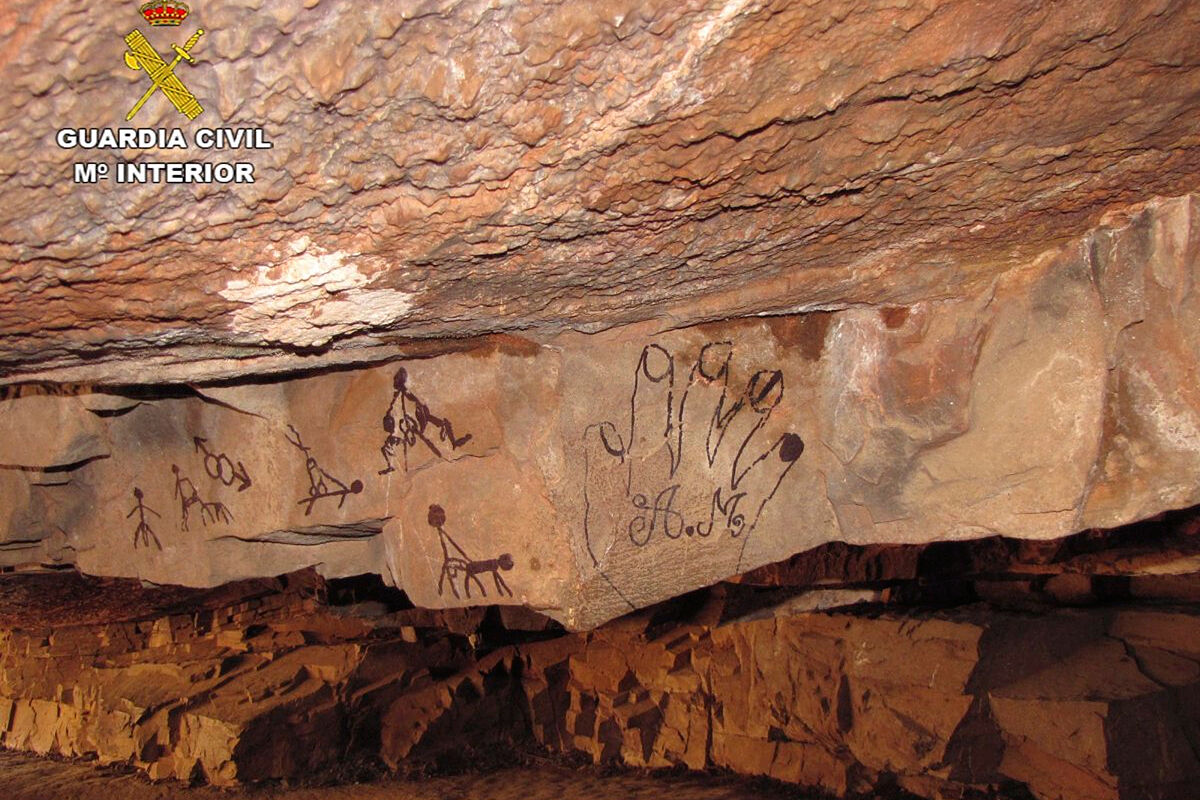 The Civil Guard has determined that three minors were the authors of some graffiti in the Cueva de la Rendija de Herencia (Ciudad Real), cataloged as a Site of Cultural Interest (BIC) and in which there are cave paintings.

The Nature Protection Service (Seprona) learned last January, through the Ministry of Education, Culture and Sports, of some vandalism graffiti inside the cave called La Rendija, fearing that these had caused damage to the existing cave paintings there, as reported by the Meritorious in a press release.

Thus, an exhaustive inspection was carried out in said cave, verifying in situ

numerous graffiti made with indelible marker

The Civil Guard, after taking steps to investigate and identify the authors, has determined that the paintings were made by

Legislation on the protection of Historical Heritage classifies as Assets of Cultural Interest (BIC) any cave, shelter and place that contains manifestations of rock art.

These proceedings have been brought to the attention of the Juvenile Prosecutor's Office of the Provincial Court of Ciudad Real.

Events In provisional release 'El handyman', investigated for the disappearance of Esther López in Traspinedo