With the approaching Ramadan season of 2022. The artist Ramiz Jalal continues to film his program, which is one of the most controversial programs broadcast annually.The artist, Ramiz Jalal, arrived in the Kingdom of Saudi Arabia nearly a week ago, to conduct many rehearsals and film the first episodes of the pranks program. 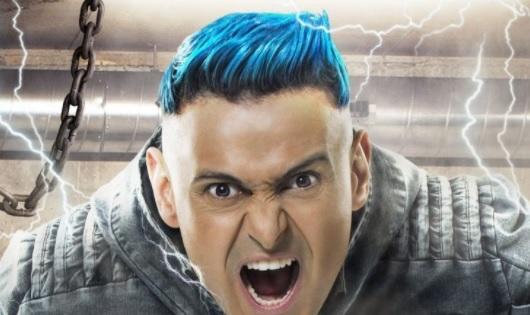 With the upcoming Ramadan season of 2022, the artist Ramiz Jalal continues filming his program, which is considered one of the most controversial programs broadcast annually.

The artist, Ramez Jalal, arrived in the Kingdom of Saudi Arabia nearly a week ago, to conduct several rehearsals and film the first episodes of the new pranks program scheduled to participate in Ramadan 2022, with one of his thirty victims who are scheduled to fall into the trap.

With the filming of the new program, Counselor Turki Al-Sheikh, head of the Saudi Entertainment Authority, promoted a new experience that began yesterday and will continue for a week, in Sports City Boulevard, which is a simulation of Ramez Jalal's previous dumps, and participation in a new and different adventure of exciting and funny adventures.

It is worth noting that the Egyptian artist recently won the award for the most watched program at the Joy Awards, which is organized by the Riyadh Season as part of the activities of the Riyadh Season. Turki Al-Sheikh presented the award to Ramez Jalal, amid great encouragement from the audience, and said to him: “As long as your program won the highest Viewership ratings, then, is successful."