The student Ahmed (Egyptian, 27 years old) lost his parents, and began to face life and its problems alone, and assumed the responsibility of taking care of his family, being the eldest brother of four sisters. 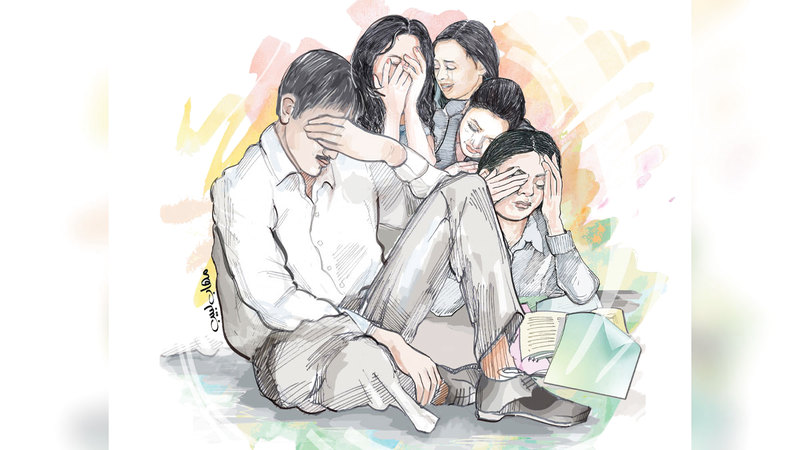 The student Ahmed (Egyptian, 27 years old) lost his parents, and began to face life and its problems alone, and assumed the responsibility of taking care of his family, being the eldest brother of four sisters. Through it he supported his four sisters, and with great difficulty he succeeded in completing his studies and obtained a bachelor’s degree from one of the private colleges in the Emirate of Abu Dhabi, specializing in “media”, but he was unable to obtain his university degree, due to his inability to pay the university arrears that remained on him, which amounted to 47,266 dirhams. He appealed to good people and people of merciful hearts to help him pay the required amount, so that he could obtain his certificate that would enable him to work and take care of his sisters.

He added that after the father's death, he decided to work in the evening after completing his university studies, and was able to obtain temporary work with a salary of 3000 dirhams, to help his mother with household expenses and complete his university career, and during the past year he stopped working after the entity in which he was working was exposed to Financial loss, and all the family’s responsibilities and needs fell on the mother’s shoulders, and during that period he was able to finish his university studies, and he did not feel the thrill of graduating because the college refused to grant him a graduation certificate due to academic arrears.

(Ahmed) added, "Life was hiding more aches for us. In February this year, my mother was involved in a traffic accident, and she was seriously injured and died. The family became without a breadwinner and we do not have a stable source of income, and all the responsibilities fell on my shoulders after losing my father and mother."

The young man stated that due to the intense sadness that the family was going through during that period, his aunt, who lives in Dubai, decided to live with them for a temporary period, until their financial situation stabilizes, stressing that he is completely unable to provide the university arrears, which amounted to 47,266 dirhams, so that he can receive the graduation certificate. And searching for a new job to cover the expenses of his four sisters, who are still young.

(Ahmed) appealed to philanthropists and people of good hands to help him manage 47,266 dirhams, the accumulated tuition fees, so that he could search for a job opportunity in light of the difficult circumstances he is experiencing since he became the sole breadwinner for his family.

• The father died of leukemia, the mother died in a traffic accident, and the five children were without breadwinners.