The four weddings (and a funeral) of Charlie Chaplin's life

In an issue of "Historically yours" on the theme "four weddings and a funeral", Stéphane Bern tells the story of the life of Charlie Chaplin. An existence marked, in particular, by his four marriages, marked by scandal, with the young actresses Mildred Harris,&nbsp;Lita Grey,&nbsp;Paulette Goddard and Oona O'Neill. 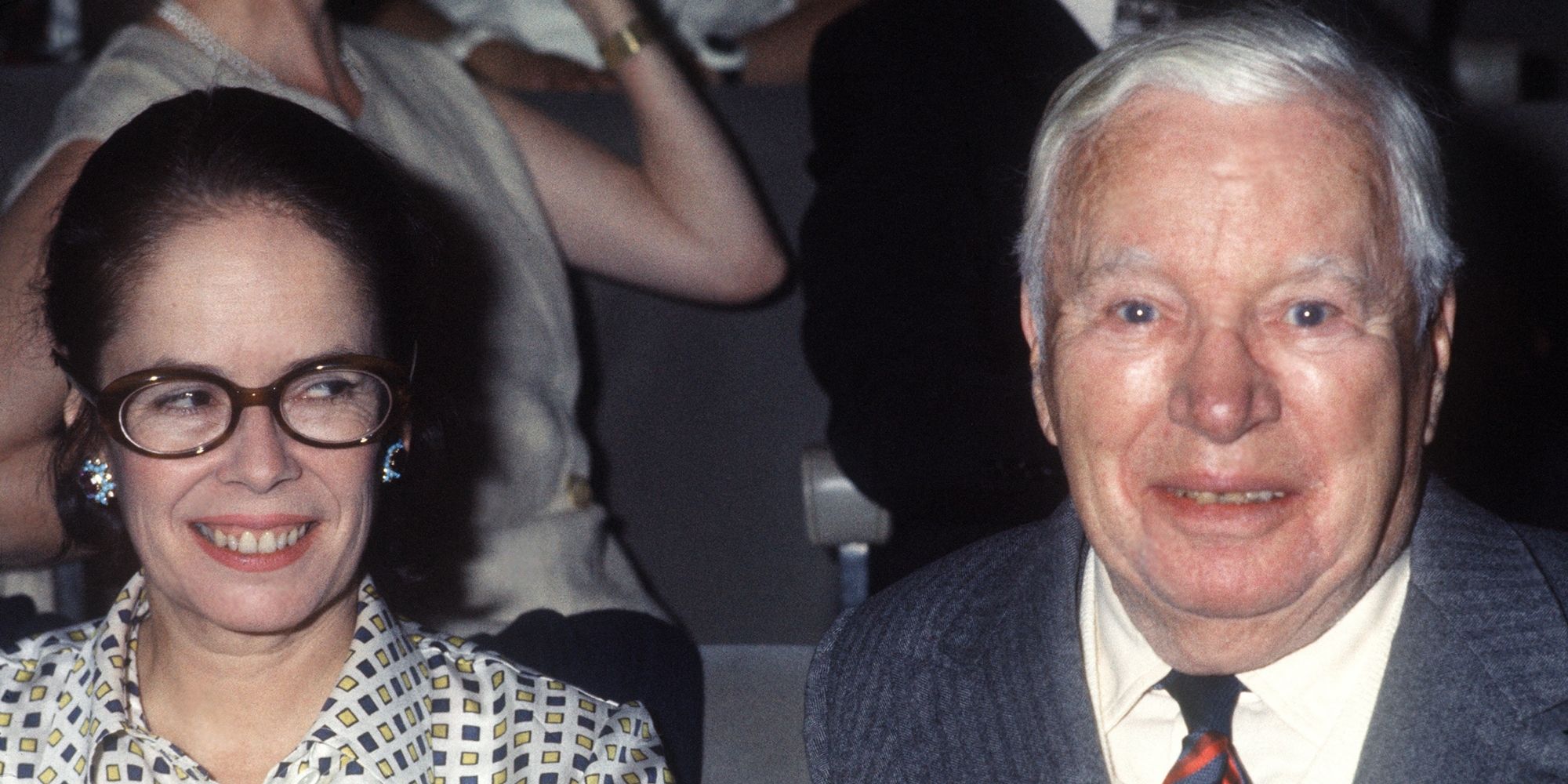 In an issue of "Historically yours" on the theme "four marriages and a funeral", Stéphane Bern tells the story of the life of Charlie Chaplin.

An existence marked, in particular, by his four marriages, marked by scandal, with the young actresses Mildred Harris, Lita Grey, Paulette Goddard and Oona O'Neill.

, which began several weeks ago.

Charlie Chaplin shoots six days a week what will be his last silent film, the last also where he puts on his famous Tramp costume.

It is, on the other hand, the first time that he has worked with Paulette Goddard.

In addition to holding the top billing in the role of the kid who accompanies Charlot, she is also his companion in life.

>> Find all the programs of Matthieu Noël and Stéphane Bern every day from 4 p.m. to 6 p.m. on Europe 1 as well as in replay and podcast here

Gamine, Paulette is no longer really.

She is 25 years old and has already divorced twice.

Chaplin, he is 45. But the young woman is worried about not being a good actress.

However, it is not at its trial run.

If Chaplin wrote the role for her, this dancer turned actress walked the boards of Hollywood for the first time a few years ago.

A taste for secret weddings

But Chaplin wants her to give her best.

He makes her repeat each scene, until she achieves perfection.

If Chaplin makes fun of assembly line work in his film, the shooting rate seems just as hellish.

Because Charlie Chaplin is a workaholic.

But Paulette Goddard does not take offense.

She even agrees to marry him, in secret, once the shooting is over, during a trip to China in 1936. This makes her the third wife of the "silent film star", as the press of the time nicknamed him.

Star, but true heartbreaker too.

Chaplin has a weakness for young, even very young actresses.

The true story of 'The prayer to the stars', Marcel Pagnol's missing trilogy

Charlie Chaplin let out his first cry on April 16, 1889 in one of London's poorest neighborhoods.

Her mother suffers from mental illness.

And his father, alcoholic and violent, from his life, will be totally absent.

Charlie Chaplin then does odd jobs before deciding to become an actor.

He made his debut in London cabarets, then left for the United States where he was spotted by Hollywood studios.

With his loose pants, his hat, his mustache and his priceless facial expressions, he charms American and international audiences.

During a party in Hollywood in 1917, the already famous actor met Mildred Harris, a young 16-year-old actress.

At 29, Charlie Chaplin falls in love with the beautiful teenager with blue eyes, with her fluffy hair and sulky pout, and pays her assiduous court.

He sends her roses at her hotel and gets into the habit of waiting for her in his car in front of the studios… Before these two quickly become lovers.

, Mildred Harris tells him that she is pregnant.

She is a minor, and Chaplin is forced into marriage.

It will be celebrated, discreetly, on a Friday evening, after a day of work in the studio.

They have just moved in when the truth comes out: Mildred is not pregnant!

Maybe she misinterpreted the signs, or maybe she just tricked Chaplin.

Still, doubt does not favor agreement.

Chaplin bitterly regrets having married this woman-child and flees his young wife as much as possible.

However, very quickly she finds herself pregnant, for real.

Unfortunately, the baby dies shortly after birth and the couple separates.

Chance or coincidence, 11 days after the funeral of his son, Chaplin auditions children for his first feature film,

Chaplin portrays the character of Charlot who takes in a little boy.

During filming, Chaplin gets dangerously close to the one who plays, the young actress Lita Grey, whom he himself chose.

While they are both in a dressing room, he would have thrown himself on her, telling her – according to the rumor – that he cannot help it, that she is too desirable.

A few years later, they begin a relationship in the greatest secrecy.

But when Lita Gray becomes pregnant, at only 16 years old, her family is indignant.

Risking 30 years in prison for sexual relations with a minor, Charlie Chaplin agrees to marry Lita.

On the evening of their wedding night, he gallantly lets her know: "This marriage won't last long. I'm going to make you so sick that you won't want to live with me", he would have threatened her, a few hours later a ceremony, organized in the greatest secrecy in Mexico, and quickly dispatched.

The promise never ceases to draw nervously on a cigarette before slipping away to go fishing.

A terrible fear of venereal diseases

On the train home, as the couple take the air in the panoramic car, Charlie Chaplin approaches Lita Grey: "That would be a good place to put an end to your misfortunes, he says. Why don't you jump- You not ?".

Soon, their relationship got even worse.

Lita Gray suspects her husband of cheating on her.

And she is right to be suspicious.

With the incredible success of his film

released in 1925, Charlie Chaplin is aware of his celebrity and he benefits from it more than reason.

She also reveals that Charlie Chaplin has a strange ritual before any sexual act.

He smears his private parts with iodine, hoping to protect himself from syphilis.

While his wife is pregnant again, Charlie Chaplin is distant with her and adopts a strange behavior.

Lita Gray would later write that he took eight showers a day.

Perhaps he thought he had caught a venereal disease.

A popular actor caught up in the scandal

But soon, Chaplin makes a new conquest: his wife's best friend, Merna Kennedy, an actress he plans to cast in the next film

She builds a terrible case against him, accusing him of being unfaithful and violent.

She describes her sexual desires as perverse and degenerate.

The affair caused an uproar and harmed the popularity of the actor, who suffered a vast smear campaign.

In the summer of 1932, aged 43, the man who is now "Hollywood's most famous divorcee" met a new acquaintance on the yacht of a film producer, that of Paulette Goddard, a beautiful 22-year-old actress. .

His lively and mocking spirit charmed Charlie Chaplin who, undermined by his successive sentimental failures, began to play the pygmalions, advised him on financial investments and hired him at the Chaplin studios.

Chaplin: behind the scenes of the filming of "City Lights"

Paulette Goddard must, according to her contract, play in four Charlie Chaplin films.

In the end, she would shoot only two, and not the least:

, shot by a Chaplin deeply disturbed by political tensions and the rise of nationalism in Europe in the 1930s and who directly makes fun of Hitler and fascism.

During this shooting, nobody knows it, but Paulette Goddard and Chaplin are married.

The divorcee had the ring on his finger for the third time.

But America will learn it only at the time of their divorce, after eight years of common and uncommon life.

At that time, accustomed to living independently, after her work at the studio, Paulette leads a worldly existence, while Charlie, exhausted, lives in seclusion.

The unconditional support of Oona O'Neill

Until, as usual, Chaplin falls under the spell of a very young actress, Oona O'Neill.

Or rather that she falls under his spell, but has to wait for her majority to marry.

Charlie Chaplin is then at a turning point in his career.

But his image is tarnished by several scandals.

In particular a paternity recognition procedure required by one of his former mistresses, Joan Barry.

Throughout this period, his young wife appears by his side and becomes his best ally.

In particular when his American visa was revoked in 1952, which forced him to find refuge in Switzerland, where they raised their eight children together.

But the cinema continues:

The lights of the ramp

A king in New York

The countess of Hong-Kong

with Sophia Loren and Marlon Brando.

And Chaplin is preparing a film for his daughter Victoria.

But it will never see the light of day.

In the early 1970s, his health declined.

Charlie Chaplin needs his wife more than ever.

Nailed, at the end of his life in a wheelchair, he refuses that Oona O'Neill be out of his sight and panics when she pretends to move away.

Charlie Chaplin died in his sleep on the morning of December 25, 1977. A silent departure for the one who reigned supreme over silent cinema, but whose private life made a lot of noise.