Since the capture of Kabul by the Taliban on August 16, 2021, the American authorities have accelerated the process of repatriation and settlement of Afghan refugees in the United States, i.e. 76,000 per... 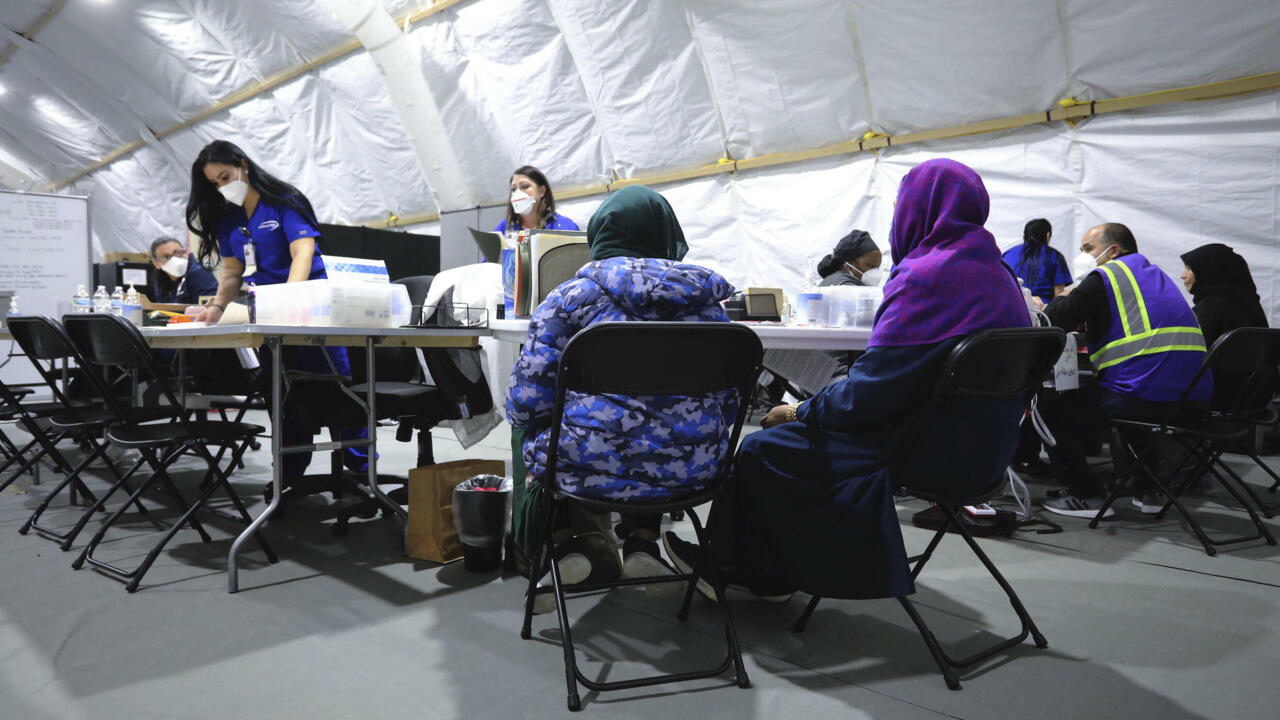 Afghan refugees waiting to see a doctor at a military camp on US soil in New Jersey in December 2021. © AP/Barbara Davidson

Since the capture of Kabul by the Taliban on August 16, 2021, the American authorities have accelerated the process of repatriating and settling Afghan refugees in the United States, i.e. 76,000 people.

First sent to military camps throughout the country, these Afghans have since the end of November been sent to 46 states.

We have to feed them, house them, integrate them, educate the children, teach them the basics of their new life in the United States.

All in a few months, before social assistance stops.

An influx of refugees that organizations face year after year.

From our correspondent in Houston,

They play spinning tops or quietly wait their turn sitting on a chair.

About thirty Afghan children and their parents follow one another in front of the nurse in the premises of Interfaith Ministries.

To receive mandatory vaccines such as DT polio that will allow them to go to school.

Very happy to have received their sesame, the two children of Abdul Salam are playing outside.

For children, it's really difficult.

For them everything is new, the culture is different, you see very tall towers everywhere

Like them, 4,286 Afghan refugees have arrived in Houston since the capture of Kabul by the Taliban.

The organizations that house them and find them accommodations had not experienced this since the massive influx of Vietnamese in the 1970s and 1980s.

Dario Liopvac, in charge of refugees at the YMCA International Service, explains that “

what has changed in recent months, since the fall of Kabul, is the number of people who arrive in a very short period.

To put that into perspective: last year we found housing for 240 people, the year before that for 230 people.

And just the week before Thanksgiving at the end of November, 280 people.

We lacked everything and we didn't have enough apartments available

In 2020, Texas relocated 900 refugees in one year, and there they are almost five times more, only in Houston in the space of three months.

So hundreds of Afghans are still waiting for permanent housing, which will allow them to apply for a driver's license, apply for work and send their children to school.

Muhammad Nikzad just got an apartment with his family.

While waiting to have papers to work, he became a volunteer and made Farsi-English translations, as he had done for the American army in Afghanistan.

We've had an apartment for four days, before we were in a hotel, and before that, in a military camp in New Jersey for five months.

I hope that I will have a favorable future here in the United States.

You know, we had to leave the place where we grew up and we are really sad

"It's confusing, but you have to adapt"

However, the refugees have only three or four months once settled to adapt to their new life.

After this stage, they are assumed to have become independent.

A former refugee from Iraq, he is now program manager at Interfaith Ministries in Houston.

All of these steps can seem insurmountable.

Yes it's confusing, but you have to adapt.

It takes time for them to register the information they receive to apprehend this new reality, and to realize that they have found a balance

Since August, 76,000 Afghans have been repatriated to the United States, 8,000 are still in military camps.