The specter of division threatens it again.. Will Libya succeed in being one?

The guests of the “Scenarios” episode ruled out the return of Libyans to armed fighting, and suggested that the Libyan political parties would agree on a settlement and deal, especially in light of the rapprochements that occurred between regional countries influential in the Libyan issue. 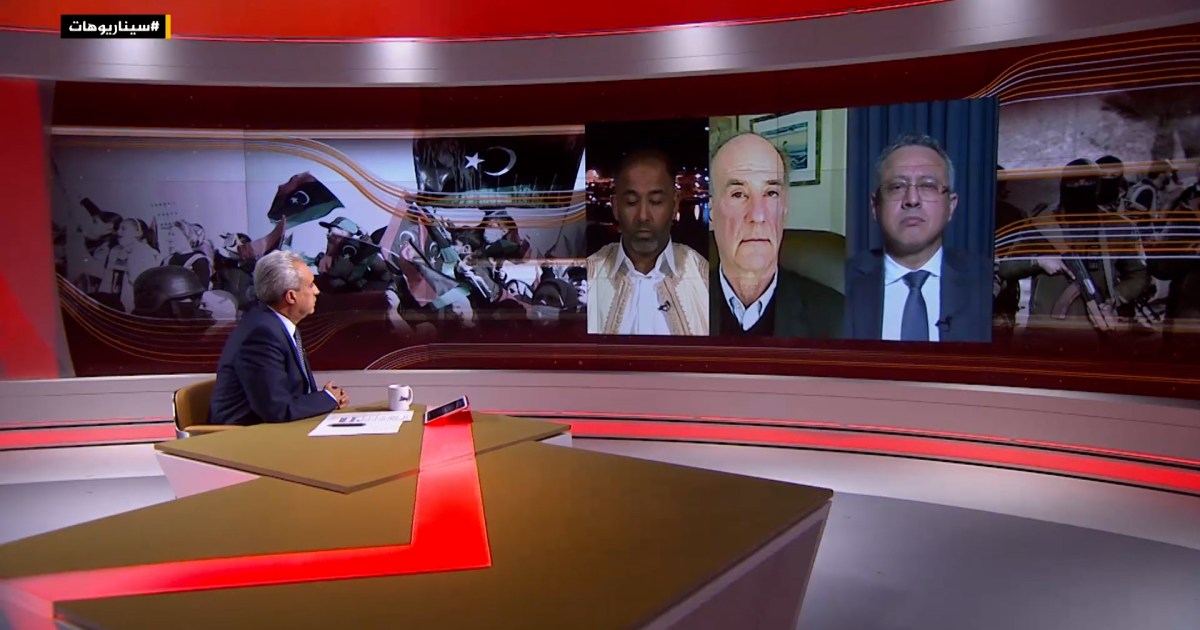 Member of the Supreme Council of State in Libya, Fathallah al-Sariri, expressed his optimism about the possibility of an understanding and consensus between the Supreme Council of State and the House of Representatives, and that they would reach a political settlement through which the transitional phase would be settled and ended with a draft constitution and legislative and presidential elections, noting that regional rapprochements will play a role in this settlement. Evidence that there are positive signs from all sides.

However, Al-Sariri criticized the withdrawal of confidence from the Prime Minister of the Government of National Unity, Abdel Hamid Dabaiba, and assigning Fathi Bashagha to form the government, describing the decision as an unsuccessful step, and that it was taken without consensus, whether in the House of Representatives or in the Supreme Council of State.

On February 10, the Libyan House of Representatives decided to withdraw confidence from Dabaiba and assign Fathi Bashagha to form the government, a decision described by the head of the Supreme Council of State (the highest advisory body) Khaled Al-Mashri as "an improper measure that does not help build bridges of confidence between the two chambers." .

While Dabaiba insists not to step down until the handover of power to an elected government.

And according to what the Libyan guest said to an episode (17/2/2022) of the “Scenarios” program, the session of withdrawing confidence from the Prime Minister of the National Unity Government took place without transparency, so it was not known who voted for Bashagha and who voted against him, stressing that the Supreme Council of State did not agree On the issue of withdrawal of confidence from Dabaiba.

For his part, a member of the Libyan House of Representatives, Ayman Seif Al-Nasr, ruled out the return of arms to the Libyan arena, despite his expectation of a raging political scramble, and said that there is an opportunity to quickly find a peaceful solution between the Libyan political parties.

Saif Al-Nasr linked the possibility of understanding and consensus between the Libyans and the rapprochement taking place between regional countries such as Turkey and the UAE, and said that the regional conflict over the Libyan issue has become less intense, and there is a soft, albeit different, policy, noting that the fear is that the intensification of the international battle over Ukraine will affect The situation in Libya.

And on the issue of withdrawing confidence from Dabaiba, the member of the House of Representatives insisted that the process was carried out in agreement with the Supreme Council of State, and that the two councils had previously agreed that there would be a constitutional path and the selection of a new executive authority, and stressed that Dabaiba’s stay in office would cause the division between the eastern Libyan to continue. and west.

A political process led by the Libyans

As for the former US envoy to Libya, Jonathan Weiner, he stressed the need for an inclusive, legitimate government that does not exclude anyone in Libya, that provides security and safety for the people, and that there be a political process led by the Libyans themselves without external dictates.

Libya was scheduled to hold the presidential elections last December, but differences between political forces and state agencies over how to conduct them led to the collapse of the process days before the vote.

While he made it clear that the Libyans have little appetite for a return to arms, Wiener expected that the Supreme Council of State and the House of Representatives would reach an understanding and perhaps a deal, and said that the dispute between Dabaiba and Bashagha is not in the interest of Libya, and that the Libyans should agree because the stability of their country means achieving stability in many countries. in the region.

In his speech to the "Scenarios" program, the American guest stressed the importance of Libya as part of the Middle East, and in the same context criticized the role of international actors in Libya, which he said that international interest in it is not related to selling oil and gas to foreigners, and that the world does not need Libyan energy sources because there are sources other.